HE has cheated on his wife, paraded around in his pants and is good with his hands — so if anyone was made to be on Strictly, it’s David James.

The former England goalkeeper, who’s had more dodgy haircuts than David Beckham, is now one of the BBC dance show's contestants, paired with pro Nadiya Bychkova. 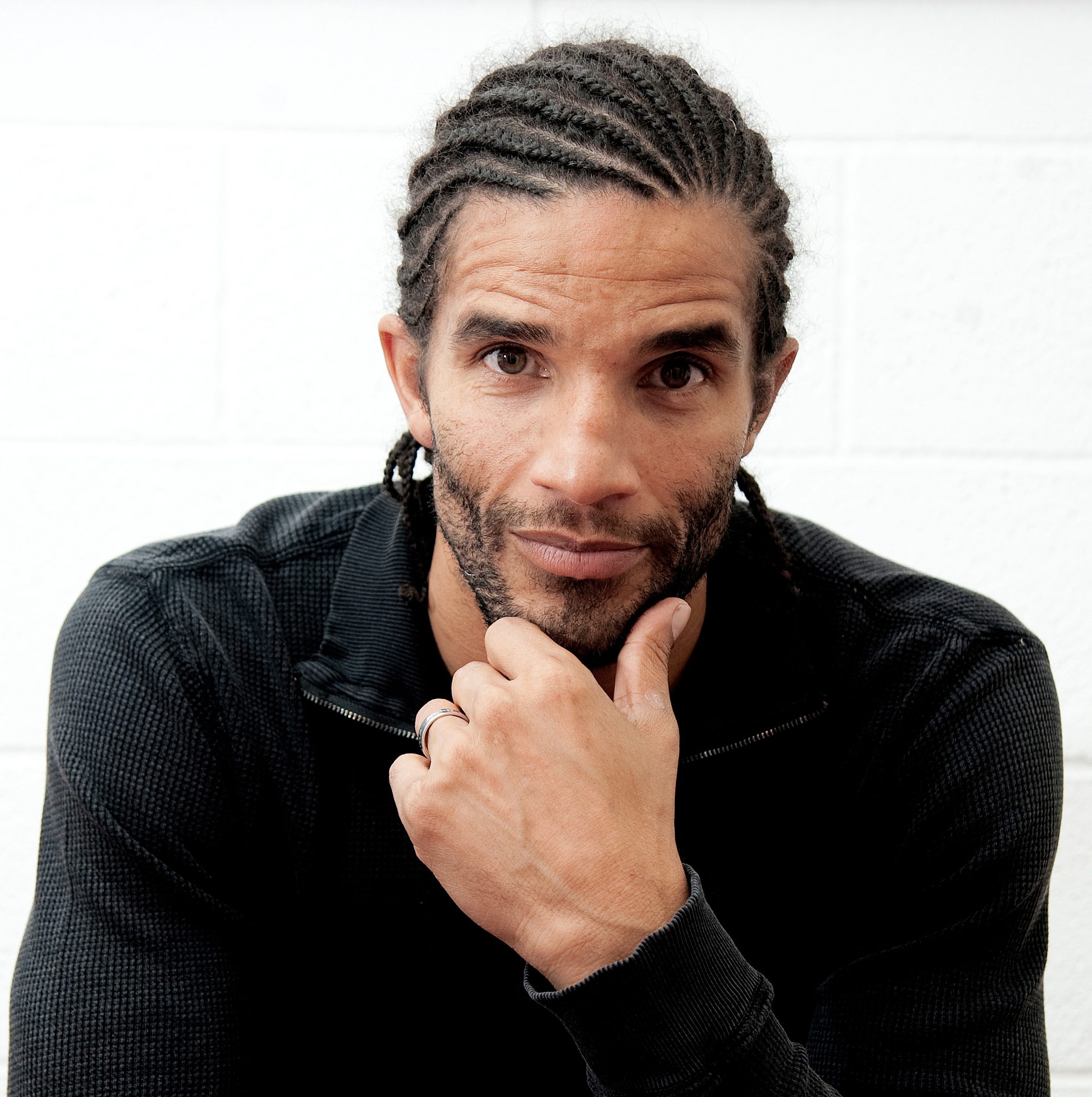 He is joined on the show by YouTuber Saffron Barker, 19, and ex-Corrie actress Catherine Tyldesley.

But it is the arrival of the 6ft 4in ex-Armani model, 49, that will send shivers down the spines of husbands of any potential dance partner — in fear of the Strictly curse.

The keeper, who was born in Welwyn Garden City, Herts, is likely to love the glitz and glamour of Strictly.

At the height of his football career he earned £25,000 a week — but would splash the cash like it was going out of fashion. 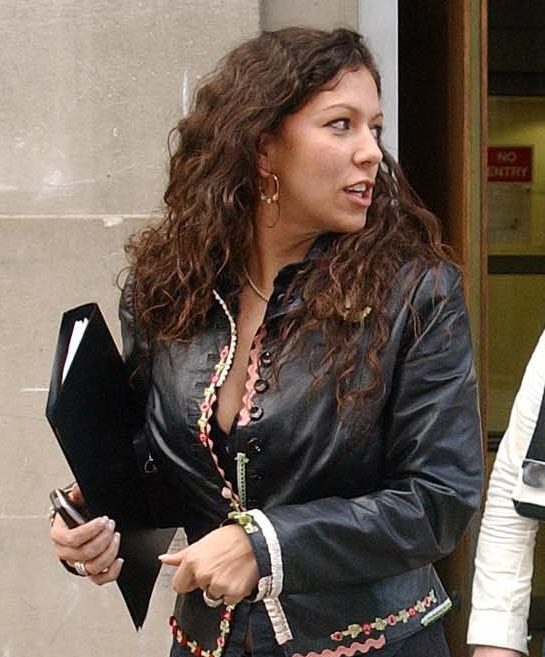 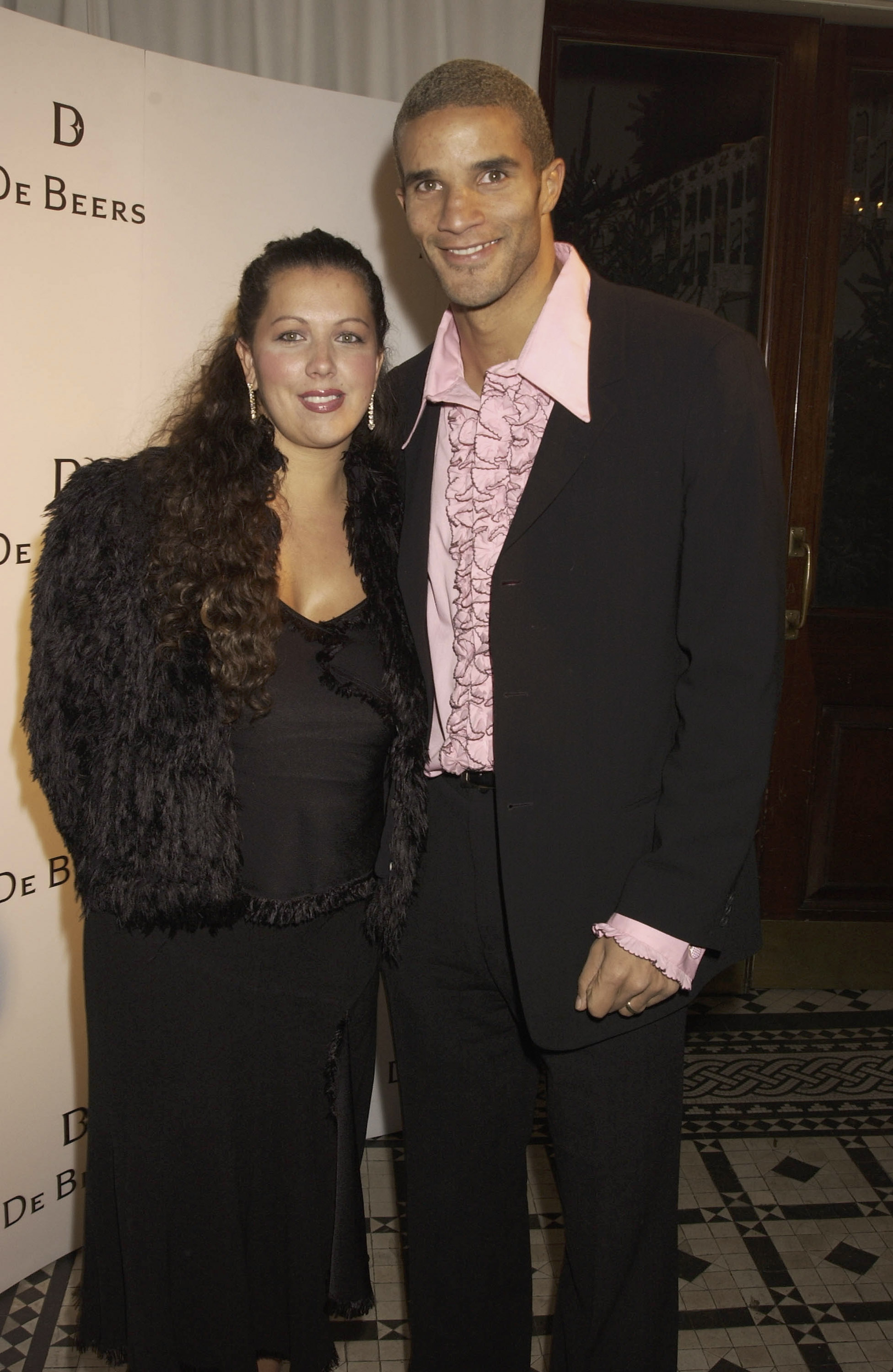 His former Liverpool team-mate, Stan Collymore, told of David’s epic spending in his autobiography, saying: “If he had a new car and he pranged it, he would just go and buy a new car.

“If he bought a new pair of shoes and he scuffed them, he would just chuck them in the spare room and buy a new pair.”

And his costly underwear habit was revealed earlier this year by a listener who wrote to Gary Lineker and Danny Baker’s Behind Closed Doors podcast.

Danny read on the show: “A colleague of mine claimed to have spent time with a big Premier League star and told me this player only ever wore box-fresh underwear, pants and socks the once. 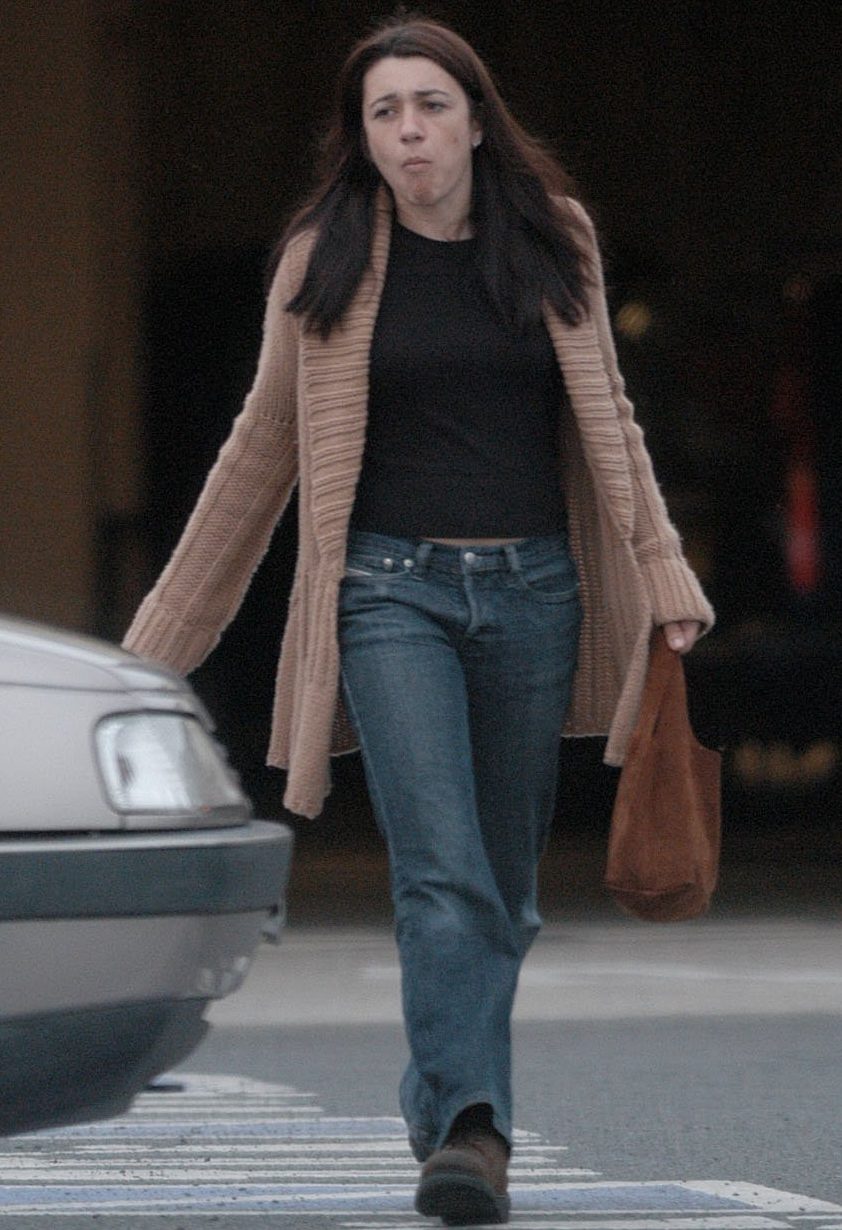 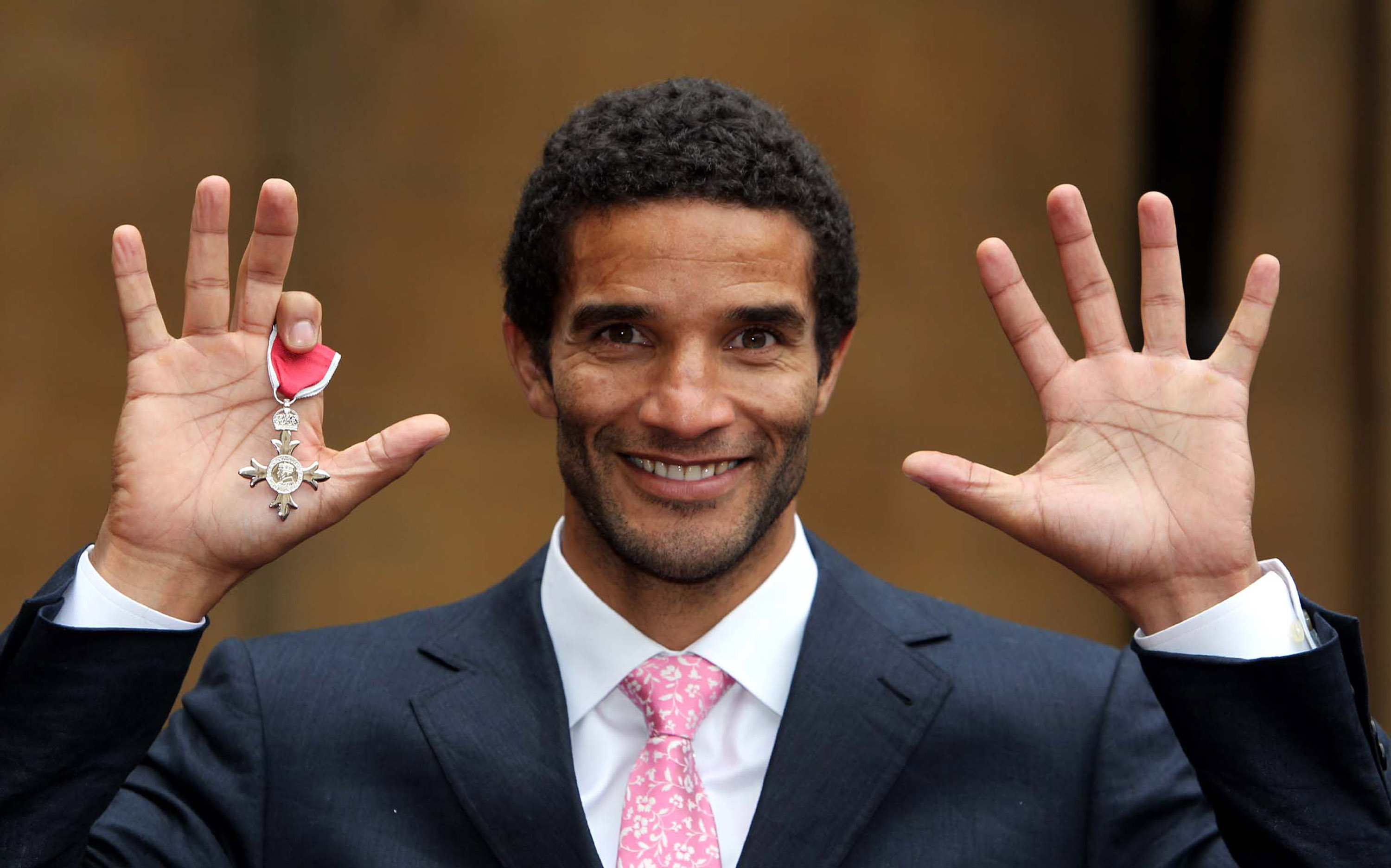 “Day after day he would wear a new pair and throw them away. Do you know who would do that? Step up David James.”

The Strictly pay cheque is likely to come in handy after David’s well-documented money worries.

His divorce from wife Tanya in 2005 cost him £3million and eventually led to bankruptcy in 2014.

Money problems dominated the explosive fallout following his split with Tanya, mum to their four kids. 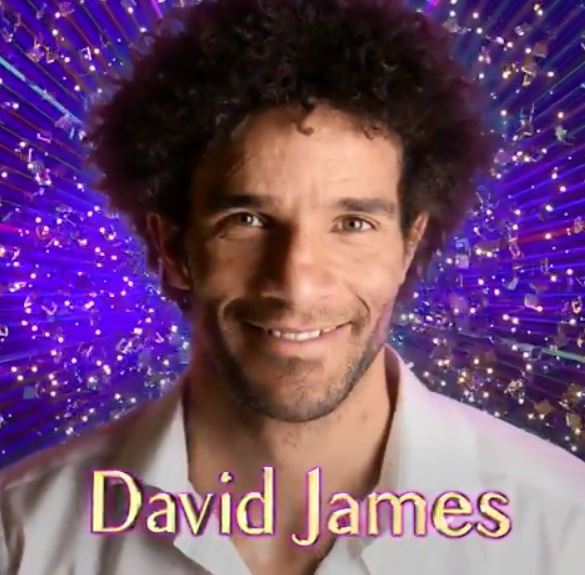 He left her for his childhood sweetheart, Amanda Salmon, who wooed him by sending X-rated images of herself in a G-string.

Tanya sensed he was cheating after clocking a text he received during her birthday meal which read: “I would love to have your warm body next to mine right now.”

The sender was under the name Corgi Cars in his phone as David tried to hide her identity.

During their bitter divorce battle, Tanya claims the star went back on his word of paying their children’s school fees and only gave her a “paltry” amount to live on after he took care of the household bills.

She described how bailiffs turned up at their £2million London marital home to remove a £40,000 Chrysler people carrier, registered in his name, due to a long overdue congestion charge payment.

Two of their daughters were sent home from their private schools due to their fees not being paid. Tanya had to secure a temporary £7,000 bank loan to get them back in.

On their marriage, she said: “I didn’t expect all this to happen. I thought we’d be together for the rest of our lives.

“Now that it has, I must say I’m glad. He’s done me a favour. I didn’t realise just how bad the marriage was until he left.” 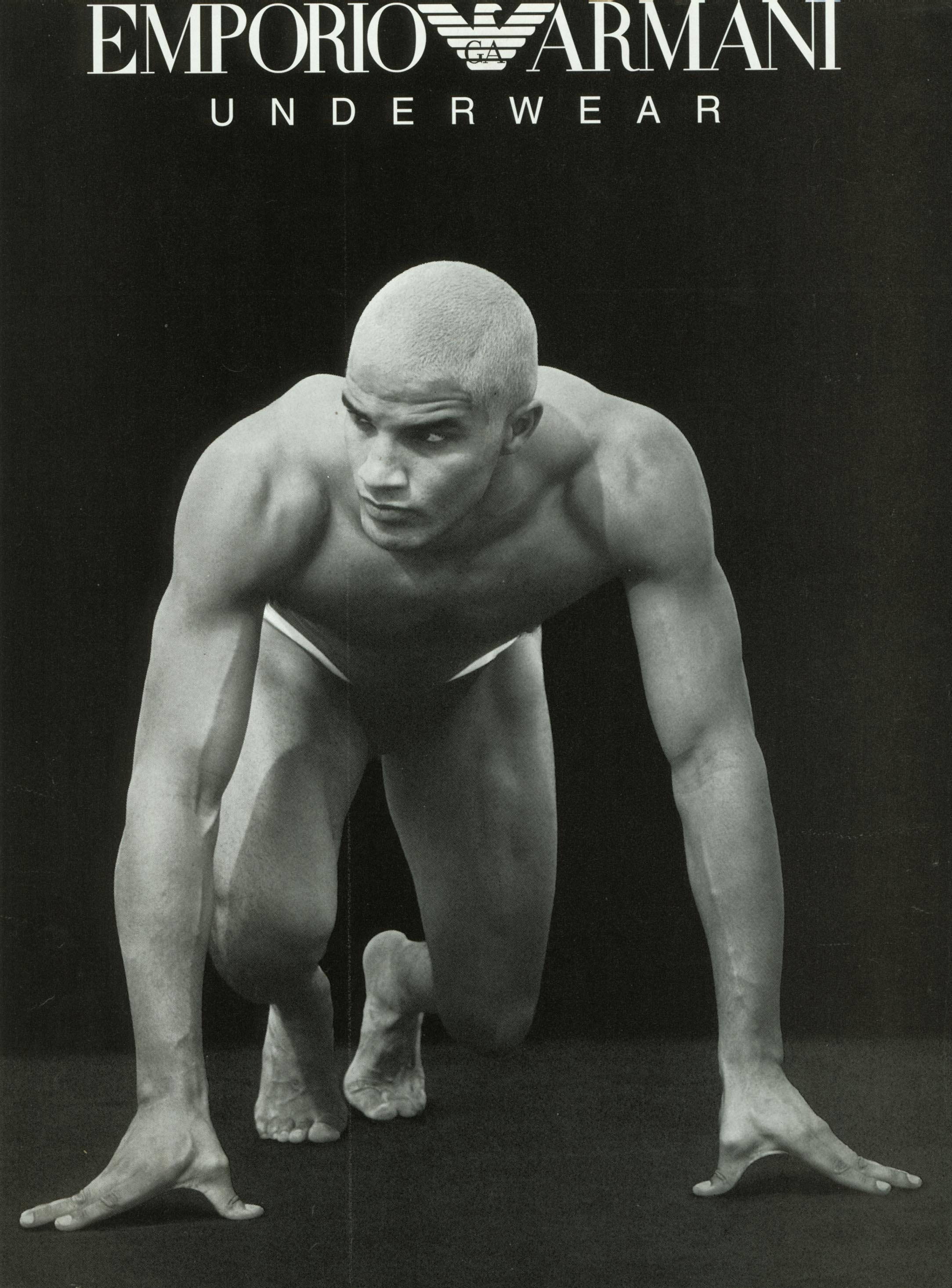 David, who was awarded an MBE for his services to football and charity in 2012, moved to Devon with Amanda to settle down in an eco-friendly house with her two children.

He married Amanda but the pair split, having worked through a difficult period when he was linked to Hollyoaks actress Claire Cooper in 2009.

He has now moved onto a new mystery girl, who was pictured with him in London in April.

David enjoyed a stellar career — playing for a host of clubs and making 572 Premier League appearances, the fourth-highest, as well as playing 53 times for England. 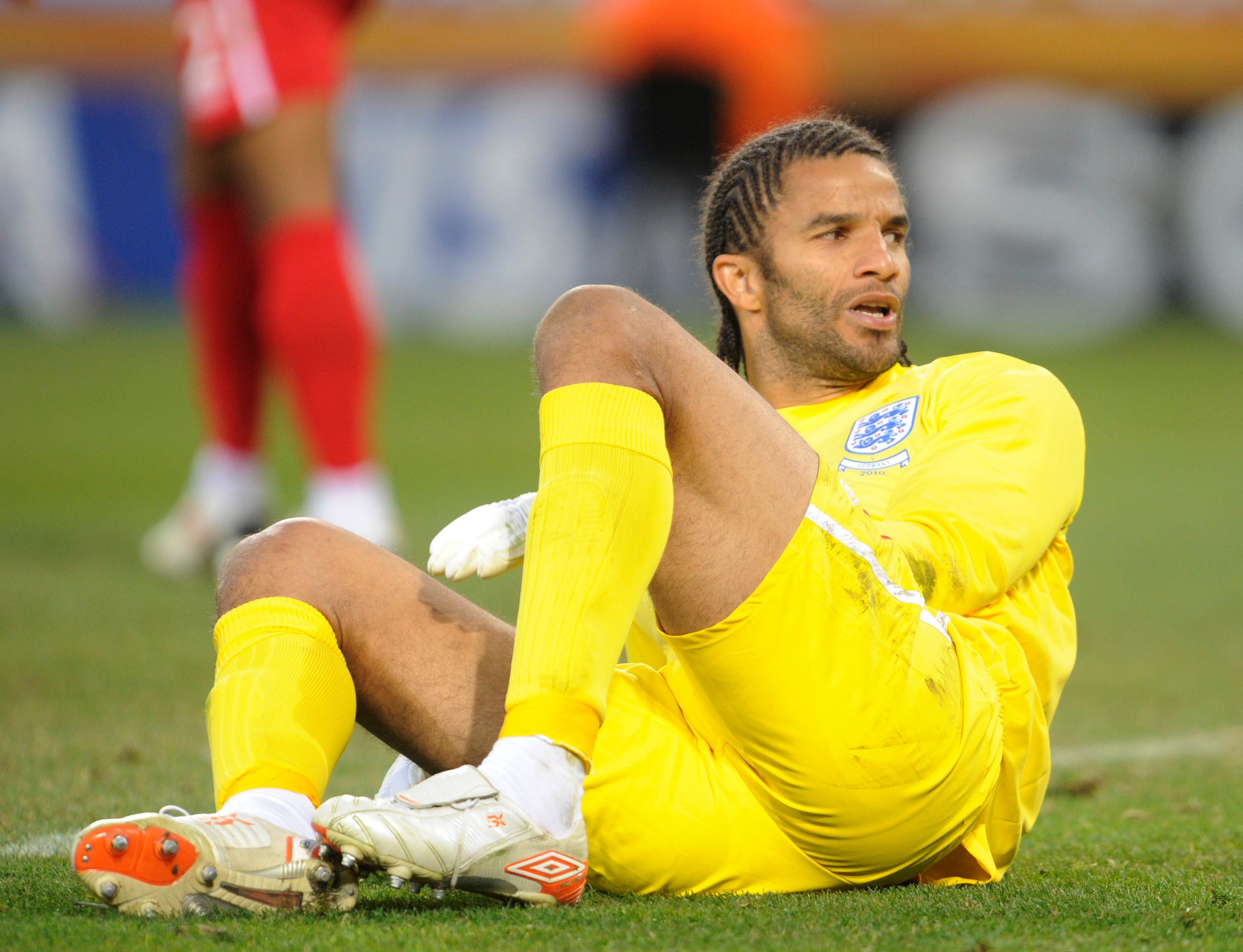 After making his name at Watford, the stopper joined Liverpool for £1.25million in 1992, where he became known as one of the “Spice Boys” alongside Robbie Fowler and Jamie Redknapp, who are for ever remembered for the white Armani suits they wore at Wembley before their 1996 FA Cup Final defeat to Man United.

James had sorted out the threads thanks to his links with the designer label. Even at Watford, the player showed he wasn’t your average footballer.

During an appearance on cult Saturday lunch-time footie show, Saint & Greavsie, he stunned viewers by producing an impressive sketch of the hosts Ian St John and Jimmy Greaves.

And Peter Crouch recalled how James had wandered out of the England team hotel during the 2006 World Cup in Germany to paint a picture of a chimney he had noticed in the distance. 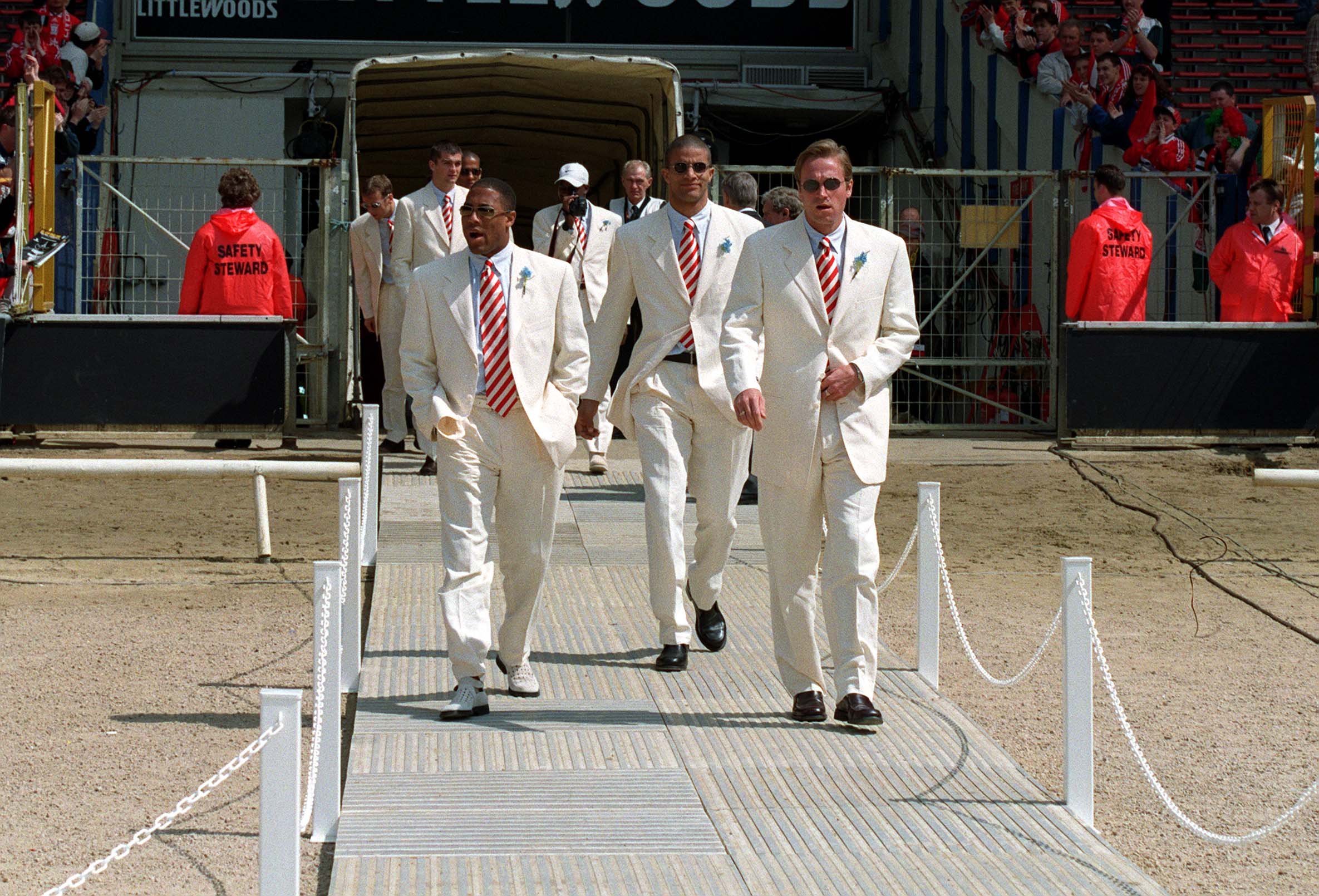 He gets his artistic skills from his dad, Joe, who set up an art gallery in Jamaica after splitting from James’ mum Sue when their son was just one.

David’s time at Anfield was marred by high- profile errors which earned him the nickname Calamity James.

He was also mocked for blaming his erratic form on all-night computer game sessions, explaining after one particularly bad performance against Newcastle United: “I was getting carried away playing Tekken II and Tomb Raider for hours on end.”

After leaving Liverpool in 1999 he rebuilt his career at Aston Villa, Manchester City, West Ham and Portsmouth, where he won the FA Cup in 2008. 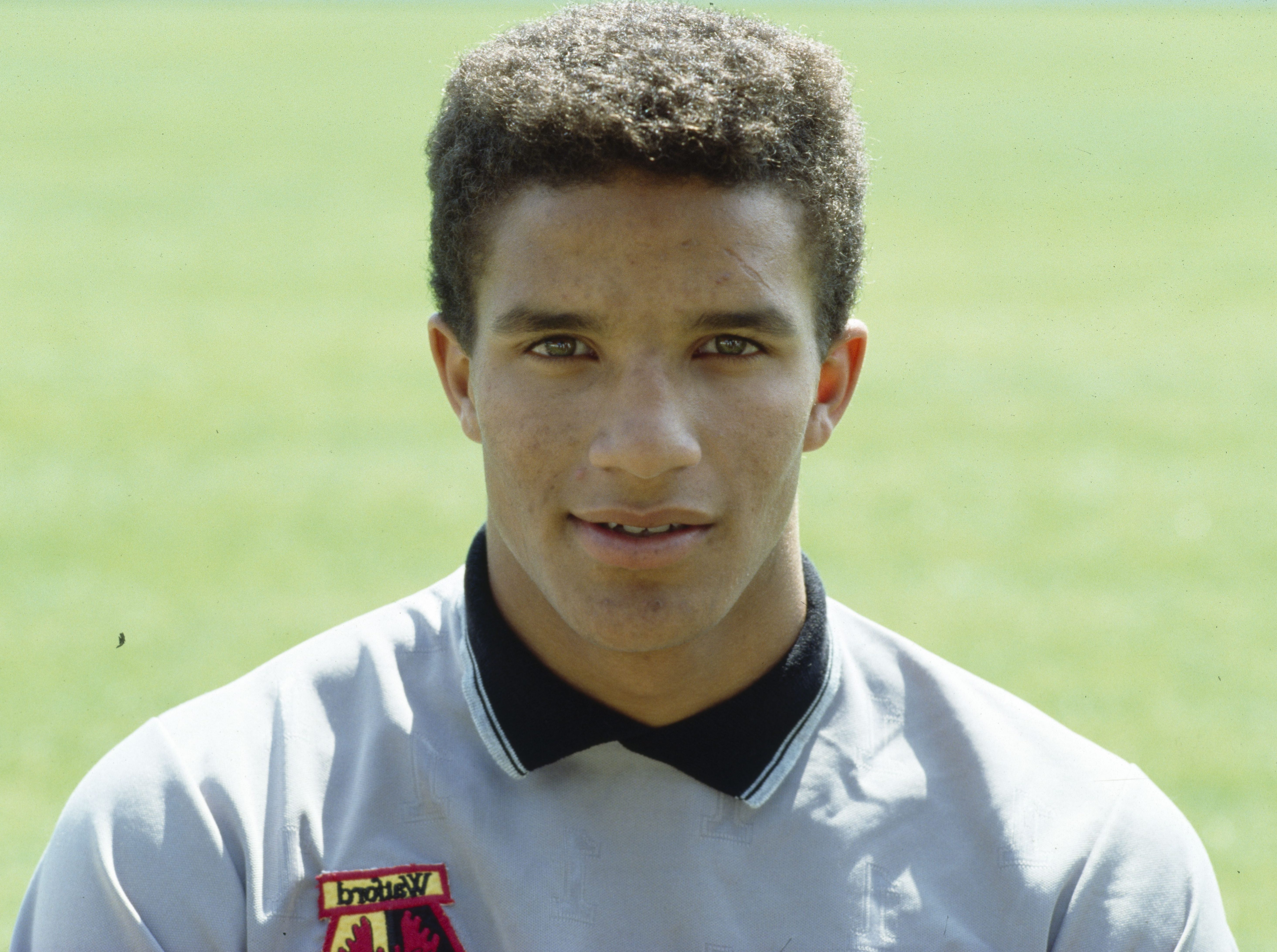 He also established himself as England’s first-choice keeper and played in the 2010 World Cup.

David retired from football last December after his was sacked as player-manager of Indian Super League outfit Kerala Blasters.

The fact he played well into his forties is testament to the incredible shape he kept himself in.

Plus, his longevity was also a nod to his financial predicament, and that’s despite making £20million during his career and investing in properties in the UK and ­Dubai.

In a desperate bid to raise cash when he was made bankrupt in 2014, he sold football memorabilia and odd personal items — including bikes, a Jubilee mug, a petrol-driven chainsaw and a V-reg Vauxhall Astra.

So if he wins the Glitterball in December, don’t be surprised if it ends up on eBay — providing he hasn’t dropped it.