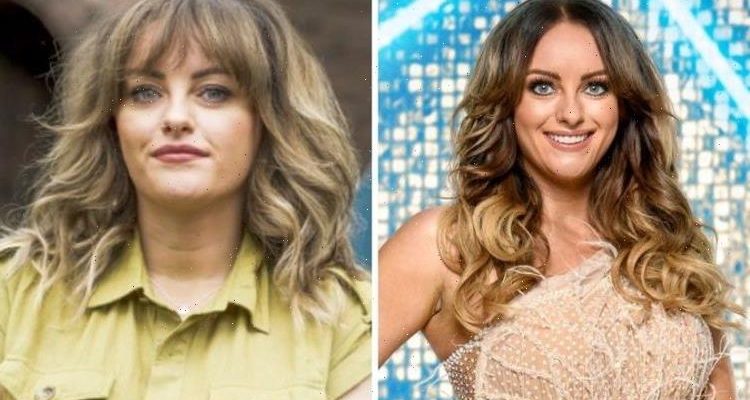 Strictly Come Dancing launched two weeks ago and saw Hollyoaks actress Katie McGlynn paired with Spanish professional Gorka Marquez. However, show bosses of the BBC dance competition are said to support the actress and place no blame on Katie as she struggles to balance filming and her dance rehearsals.

It has been claimed that the actress has been struggling to juggle her filming in Liverpool for the Channel 4 soap and her dance rehearsals.

A TV insider has said: “Tensions seem to be rising as the actor struggles to juggle her two major commitments.

“There is no suggestion that Katie herself is to blame, she is being pulled in one direction by Hollyoaks and in the other by Strictly.

“Who’s even arranged rehearsal sessions in Manchester to make life easier for her,” it was disclosed.

Katie, who plays Becky Quentin on the soap, spends a large amount of her week filming for Hollyoaks in Liverpool.

She then makes the 440-mile trip back to the south to make it for the Strictly live performances at Elstree Studios in Herts.

BBC bosses have also made it clear that they do not blame Katie for the situation as a spokeswoman said: “The suggest that Strictly production is disappointed in Katie for any reason is categorically untrue.”

A spokesperson for Hollyoaks has also said: “Earlier this week, exterior scenes were delayed by wet weather.

“We then rescheduled a scene so Katie could attend her training, we will all be rooting for her tonight.”

Katie and Gorka wowed fans last week with their passionate tango, however ended up joint third from the bottom of the leader board.

Tonight, the pair will be performing the jive as they have been pulling early morning rehearsals to make sure they impress the judges.

According to bookmakers, Betfair, Katie and Gorka have been tipped to be eliminated from the show at 10/1.

This year the show has been plagued with rumours of three Strictly professional dancers refusing to be vaccinated.

McFly singer Tom Fletcher and dance partner Amy Dowden had to miss the second live show of the series due to contracting the virus despite being double jabbed.

A statement from the BBC said: “Tom Fletcher and Amy Dowden have tested positive for Covid-19, the pair are now self-isolating separately following the latest government headlines.

“While they will both miss Saturday’s live show, Strictly Come Dancing protocols mean that all being well, they will return the following week.”

However, the pair may be forced to sit out for yet another week due to not having enough time to rehearse before the show.

A source said: “Amy and Tom need to be isolated until Tuesday at least, and then they will have to undergo another test and make sure they are fit and well enough to train.

“Just being passed Covid-free doesn’t mean they are out of the woods.”