Stranger Things season three brings the gang back together for a new adventure in Hawkins, Indiana, and it’s scarier than ever.

The new episodes kick off with Dustin Henderson (played by Gaten Matarazzo) returning from camp, where the team are enjoying a brand new dynamic with the inclusion of Eleven (Millie Bobby Brown) and Max (Sadie Sink) firmly ingrained in the status quo.

The all-star line-up is the best it has ever been, as each of the kids play off each other perfectly, providing a real sense of community and camaraderie throughout the eight episodes.

However it isn’t long into the season before antagonists begin to rear their evil heads, and catapult the team back into the fight against the Mind Flayer, the malevolent force from the Upside Down.

While we’re sworn to secrecy about what exactly it is that threatens Hawkins and the gang, we’re happy to confirm that the enormous, growing threat creates some of the best TV in the past few years.

This dynamic duo jump into Dustin and Steve’s journey to fight the forces of evil in a secret location, and – much like a Dungeons & Dragons campaign – bring with them their unique set of skills that would otherwise render the heroes’ plans futile.

Mike Wheeler (Finn Wolfhard) and Eleven’s characters also wade into new territory, as their relationship has blossomed exponentially since last season, leaving the teenagers hiding away in their bedrooms alone – giving Hopper an incredible dose of anxiety.

Hopper is perhaps – as always – the strongest and best-acted character in Stranger Things.

STRANGER THINGS SEASON 3 STREAMING: HOW TO WATCH AND DOWNLOAD ONLINE 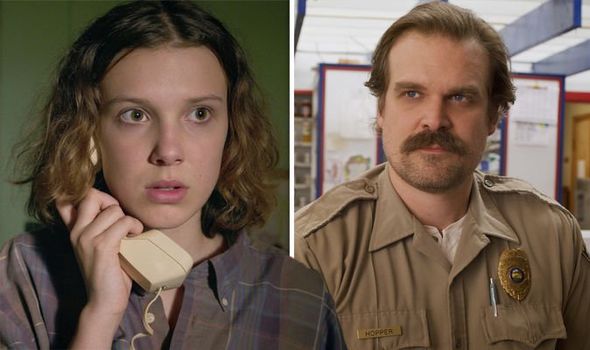 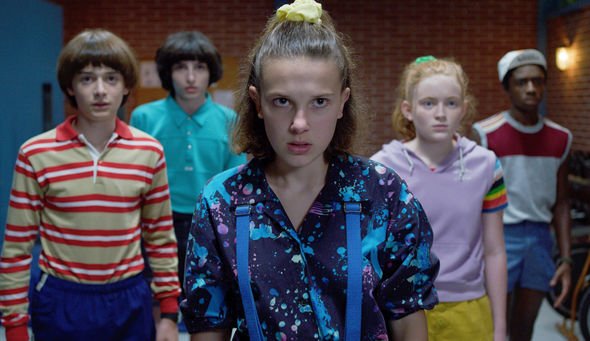 As the stakes continue ramp up over the latter half of the series, viewers will be on the edge of their seats rooting for him to arrive and save the day.

In saying this: Every cast member – old and new – really outdoes themselves in Stranger Things three.

Not one performance is lacklustre, lazy, or confusing – just believable, endearing, and excellently directed.

It would be hard to pinpoint exactly where the wonderful actors’ talent begin and the utterly flawless writing ends.

Season two was good, and introduced a new sense of belonging into each character through their newly divulged backgrounds – however it sometimes felt bloated. 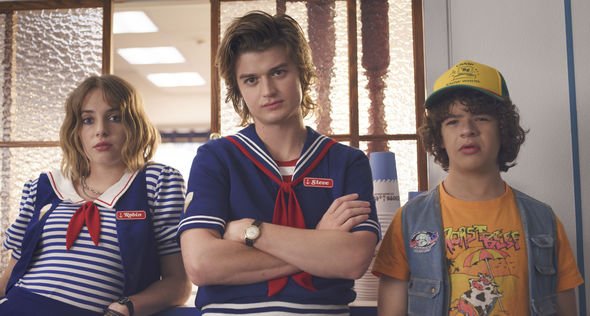 But, season three rectifies all of these issues, and evokes a certain polish and style that can only be compared to the show’s first season.

Once again drawing references from the most popular 80s retro franchises, fans of the decade will see instant connections between Stranger Things season three and Terminator, Aliens, Invasion of the Body Snatchers, The Blob, and even Back to the Future.

As always, though, these references are delivered perfectly, and without leaning on them to make the show’s narrative any better – just simply inserted for fun.

These references are delivered hand-in-hand with the incredible aesthetic the Stranger Things franchise is known and loved for.

Bright, colourful scenes display the vibrant joy that 80s “mall culture” brought to the surface in cinema from the time, while the darker, grittier scenes are accented with inclusions of beautiful neon signage and over-exposed lights.

As always, darkness is where Stranger Things really shines. The lesser horror elements of the show have matured – alongside the cast themselves – and now treat viewers to gruesome visuals that don’t hold back on the bones, blood, or outright body-horror. 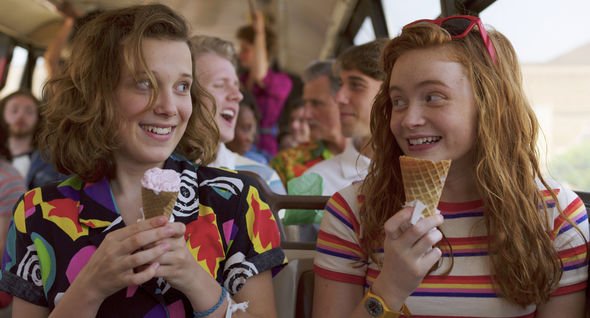 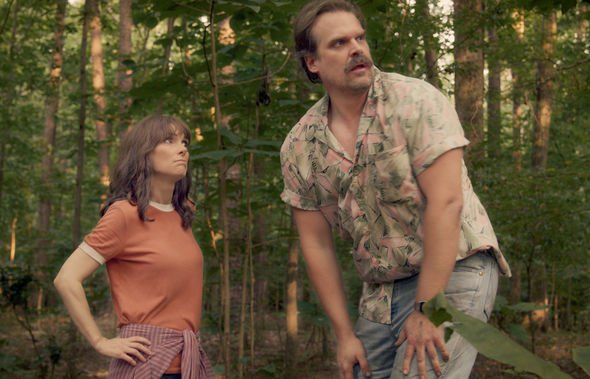 The true joy of season three lies within its crescendo – the final two episodes.

Netflix sometimes has trouble sticking the landing with shows given eight-to-ten hours of airtime – but thankfully Stranger Things season three is around for just as long as it needs to be.

Episodes seven and eight bring each narrative thread together in masterful succession, including a sequence of events (which could only be compared to a portion of a Star Wars or Marvel film) that includes humour, fear, action, joy, and tears in a spectacular 15-20 minute event.

The final moments of the season open and shut doors for each character, and brings a satisfying, ending to many of the problems brought up throughout the journey.

Stranger Things season three expands on its already established characters with a fresh look, adds some new faces, and switches almost everything up.

The Duffer brothers somehow manage to include humour that is funnier than ever, action that will leave even the biggest fans on the edge of their seats, and horror to truly incite nightmares.

Stranger Things is available to stream on Netflix now.