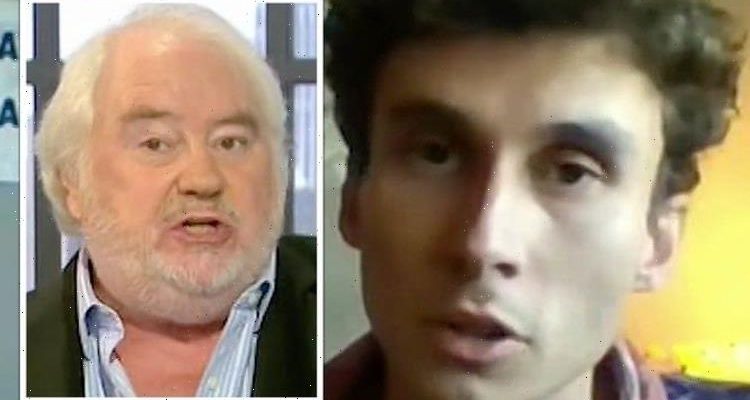 The Insulate Britain activist took a brutal swipe at UK building records, saying only “1 to 2 percent” of newly built homes are A-rated energy in energy rating. The offshoot of the Extinction Rebellion group is calling for insulating all UK homes by 2030 to cut carbon emissions and end fuel poverty. Cameron Ford clashed with Jeremy Vine on Five panellist Mike Parry, demanding he “stop blowing our own trumpet.”

Mr Parry said: “We insulate an awful lot of homes in this country.

“Now that to me is a pretty good effort and it’s more than any other country in Europe.

“So you know, aren’t you’re going to give some credit to the fact that we already have pretty good insulation policies in this country?

The host asked: “Cameron, what do you say about that when it comes to insulating Britain, we’re doing far better than some of our European counterparts?”

“We are producing a large number of new homes every year, somewhere in the region of 240, 250,000 homes that only 1 to 2 percent of those are A-rated energy in energy rating.

“We can’t be producing new homes that are getting built that are going to need retrofitting to prepare ourselves for this climate crisis.”

Insulate Britain protesters have been blocking roads in central London and on the M25 in recent weeks.

They had ink thrown over them as they obstructed roads near the Dartford Crossing yesterday.

The group is calling for the Government to fund the insulation of all UK homes in order to reduce emissions.

Nearly 50 demonstrators have been arrested on Wednesday after Insulate Britain launched a double protest in Dartford and West London.

Currently, there are four court injunctions in place against the group.
Source: Read Full Article