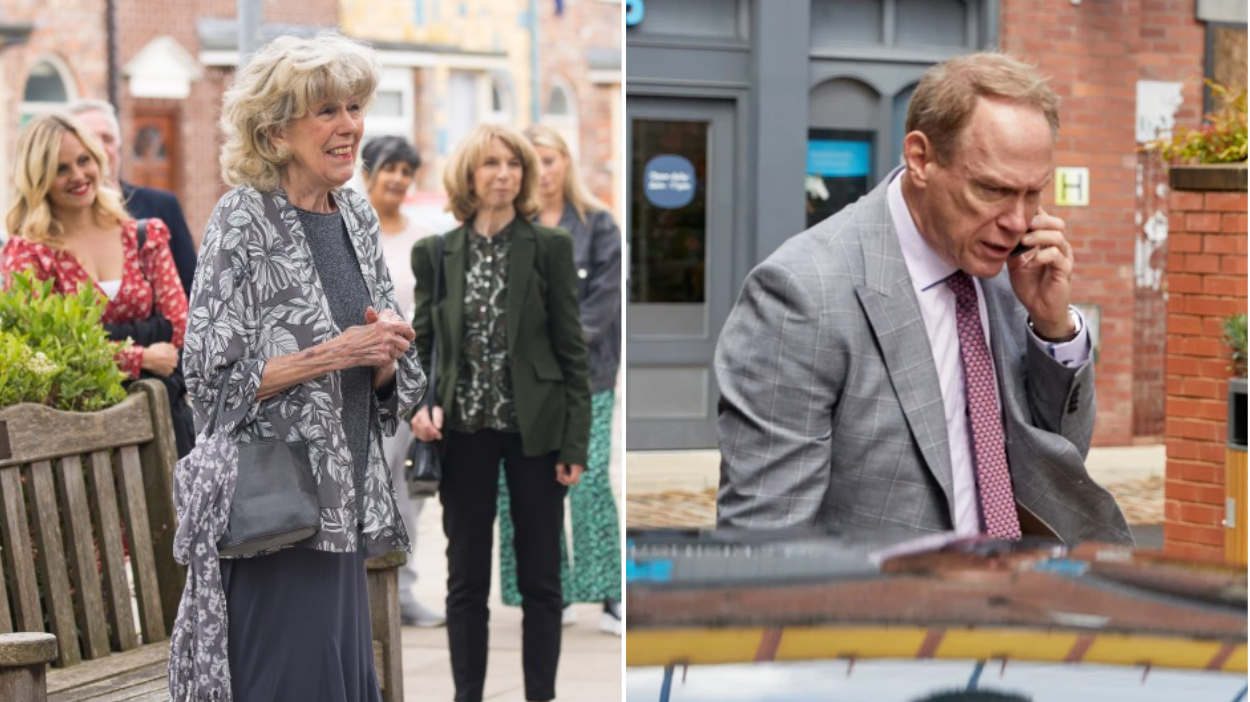 Stephen Reid (Todd Boyce) is becoming a thorn in Audrey Roberts’ (Sue Nicholls) side in Coronation Street, constantly pestering her about signing the trust fund documents.

Audrey set up a trust fund after her fall a few weeks ago, deciding to give Stephen control of her money so her grandchildren can’t fight over her cash.

However, as the storyline developed, we saw a stronger focus on Audrey’s state of mind, as we learnt she had tried to end her life.

Now looking towards the future, attention is on the reopening of Audrey’s salon next week so when Stephen nags her again about the trust fund, she’s annoyed and later changes her mind.

Surrounded by her family, Audrey feels comfortable enough to tell her family she attempted to end her life, and then goes on to reveal she’s now made an ordinary will, giving the Platts equal shares except for Stephen, who was kind enough to say he didn’t need it.

It’s very obvious Stephen is having money problems – what will this latest twist do to his current situation?