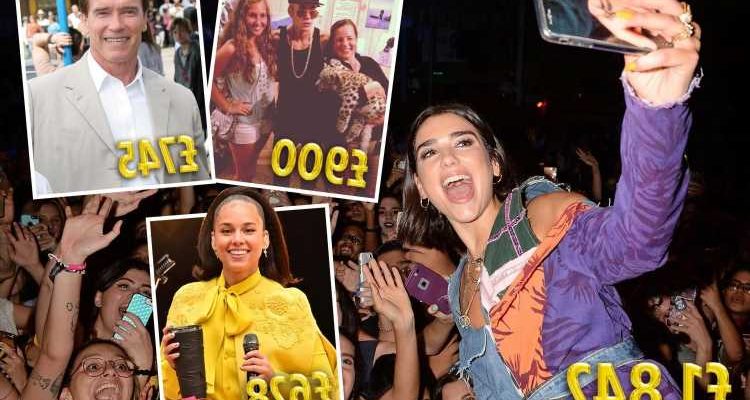 THEY say don’t meet your heroes – especially when you’re having to pay for it.

We told yesterday how Wayne Rooney is charging fans £450 for a VIP introduction. 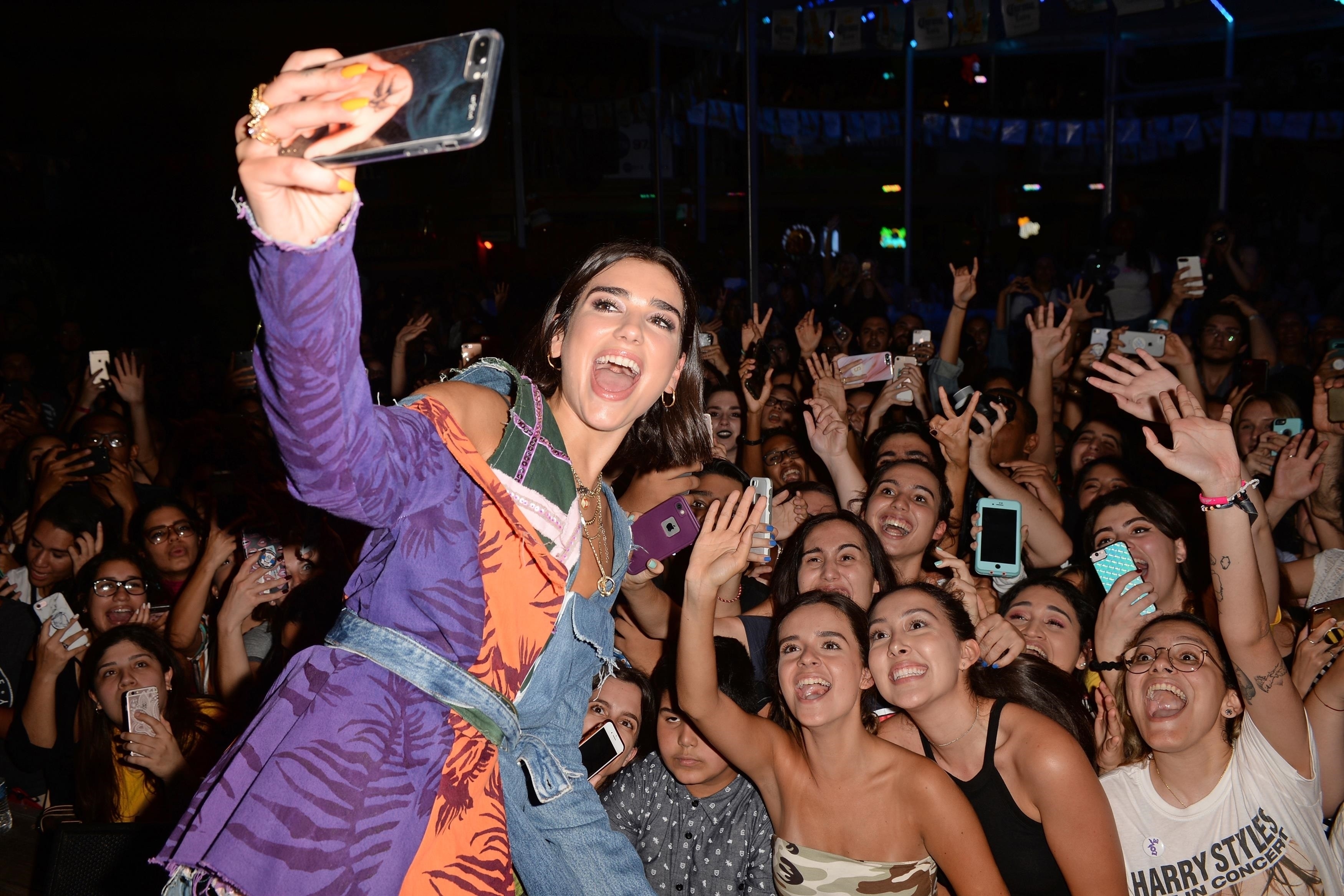 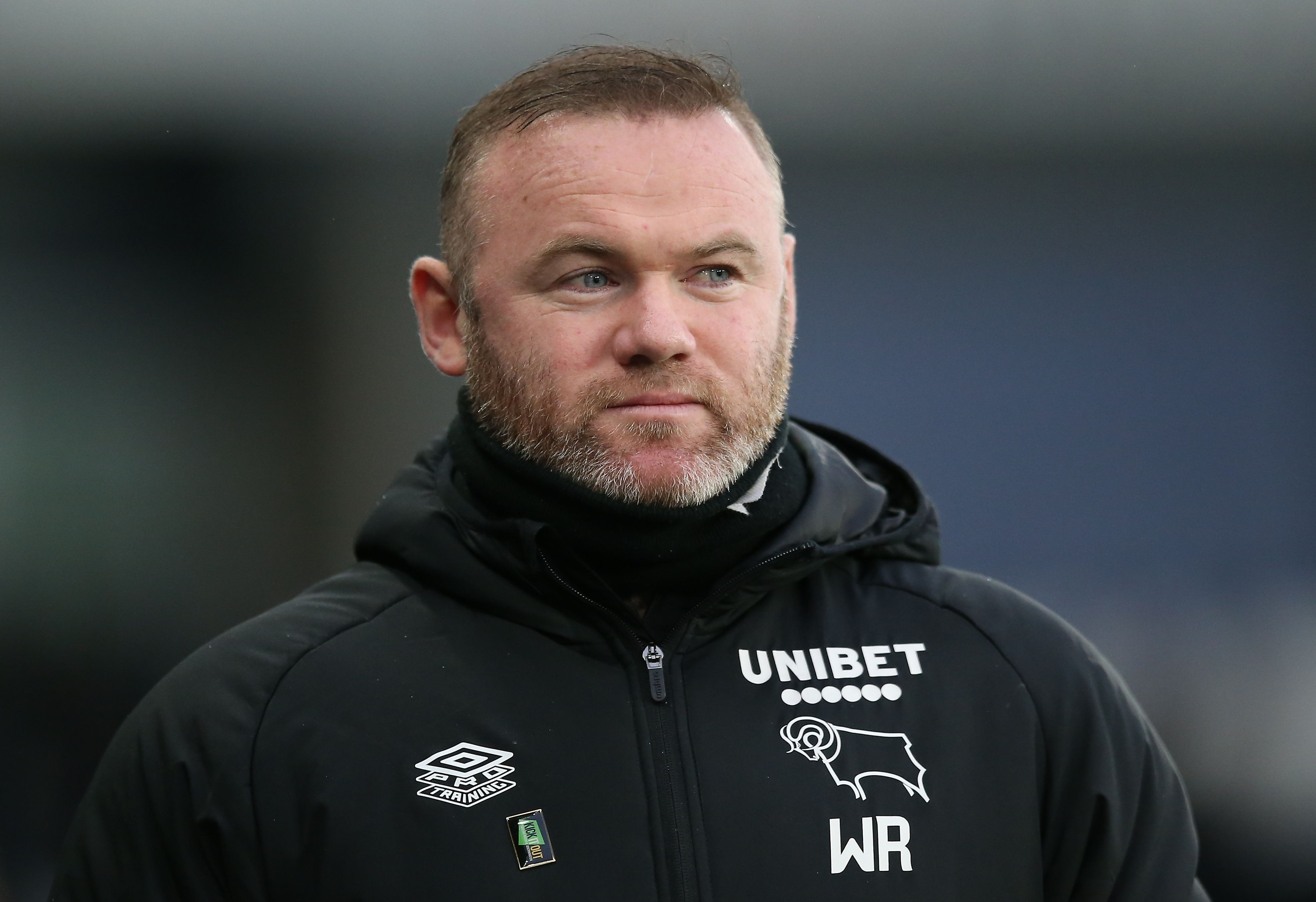 The ticket price included a meet and greet event with the Derby County manager at a Manchester hotel, a signed shirt, free drink, three-course dinner, souvenir photo and superior seats to hear him speak.

But angry fans were not buying the expensive tickets, with one saying: “Not at that price.”

He’s not the only celebrity flogging VIP packages to their fans – and some are better value than others.

Fans pay for an invite to a pre-show “house party” held at the concert venue.

The package includes a dance lesson from a professional choreographer, access to a glam squad and a group picture with the 26-year-old star herself.

Paying customers even get the chance to have a dance-off with the Levitating singer, but only if they enter – and win – a competition beforehand.

JUSTIN’s meet-and-greet deals for his Justice World Tour come with a promise of “memories to last a lifetime”.

But you’d better remember that the experience of meeting the Baby singer comes with a big caveat. 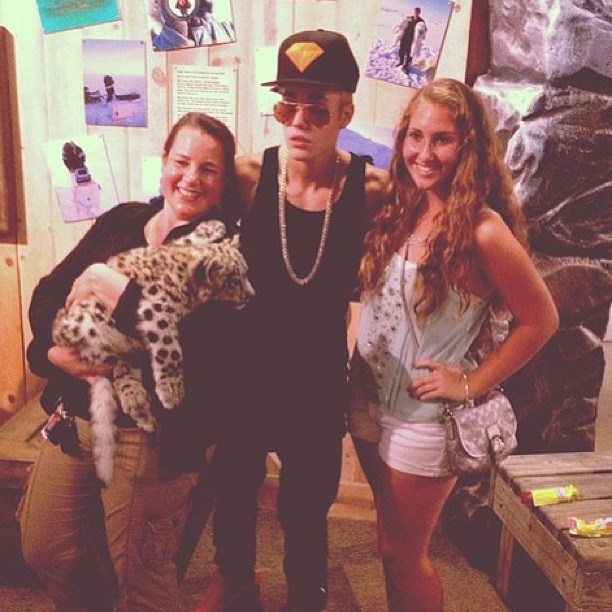 The experience pays for a backstage tour and a photo with the heart-throb himself.

However, if you’re on your own you’ll need to be snapped with three other random individuals as Justin will not take one-to-one pictures.

THE TERMINATOR star will be back… at Birmingham’s NEC in September.

And you can shell out nearly a grand to meet him and attend a 60-minute Q&A session. 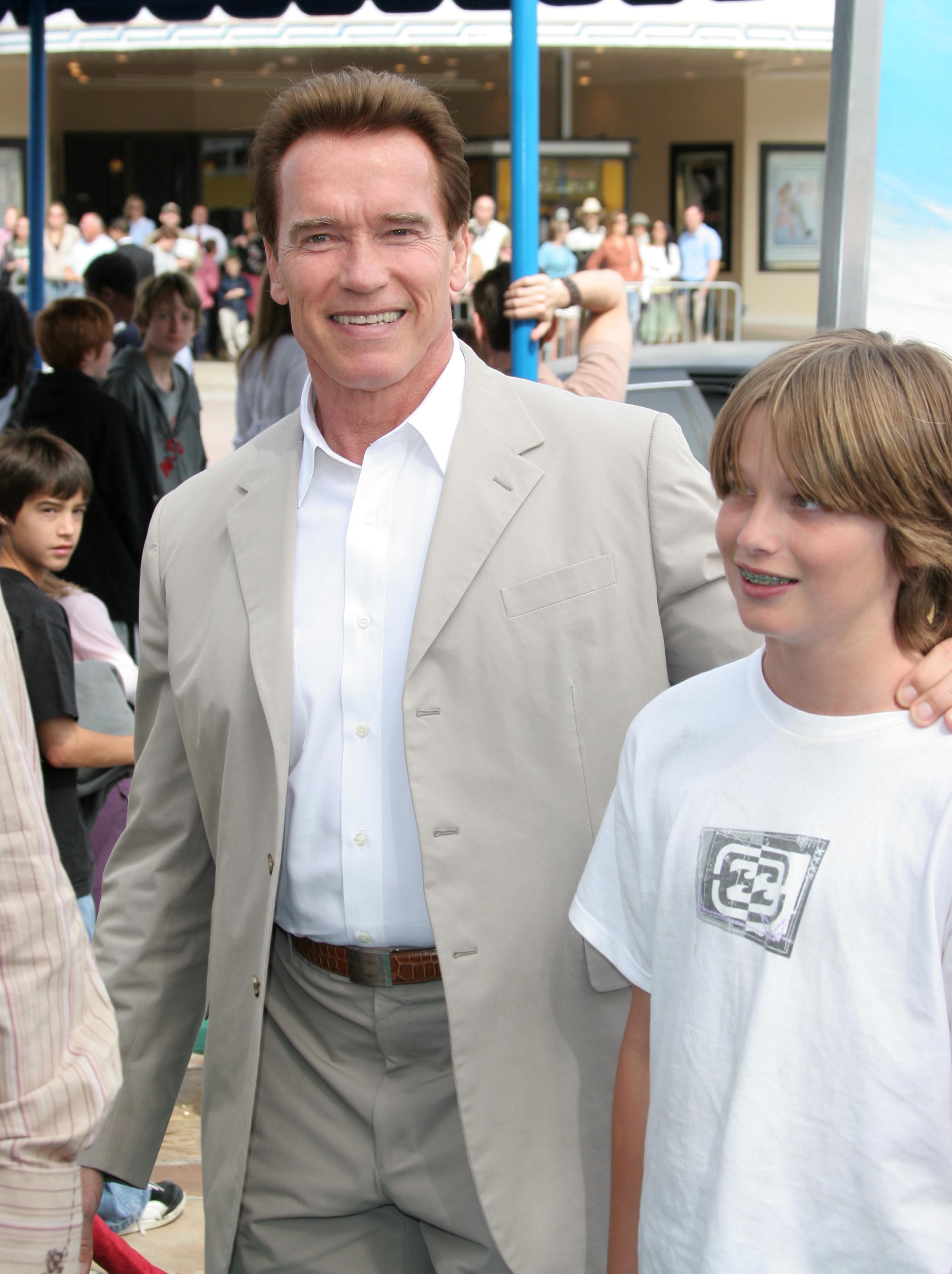 But fans paying for a premium signed photo do not need to worry about bringing their own biro – as snaps will be signed in gold ink.

If that’s not thoughtful enough the picture even comes framed – saving you a trip to the shops.

THE Fallin’ singer’s fans will be delighted to know that for more than £600 they get to cast their eyes upon the star’s memorabilia collection.

Of course the package includes a picture with the woman herself but punters will also get the chance to pose in front of an Alicia Keys-themed backdrop before the show. 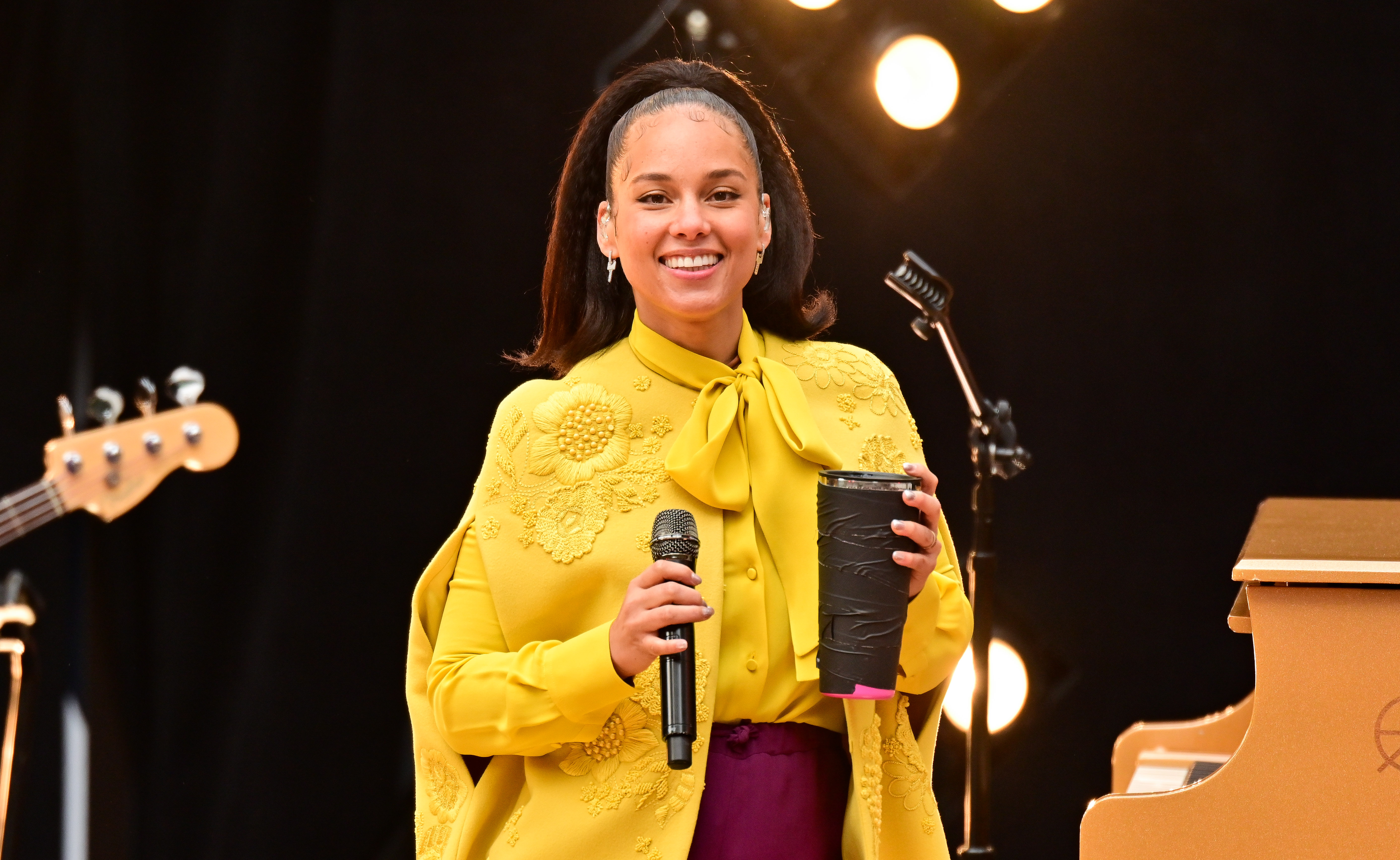 If that weren’t enough for the snap happy, there is also a photo booth with unspecified props for them to enjoy.

Then when you get home you can brush up on your Alicia Keys knowledge with a signed copy of her autobiography.

STEPS’ reunion tour meet-and-greet deals – otherwise known as the Step’Tacular Upgrade Packages – are what you might expect from the band.

For your money, you will get a meet-and-greet experience, an exclusive Q&A session and a signed programme from the teenyboppers. 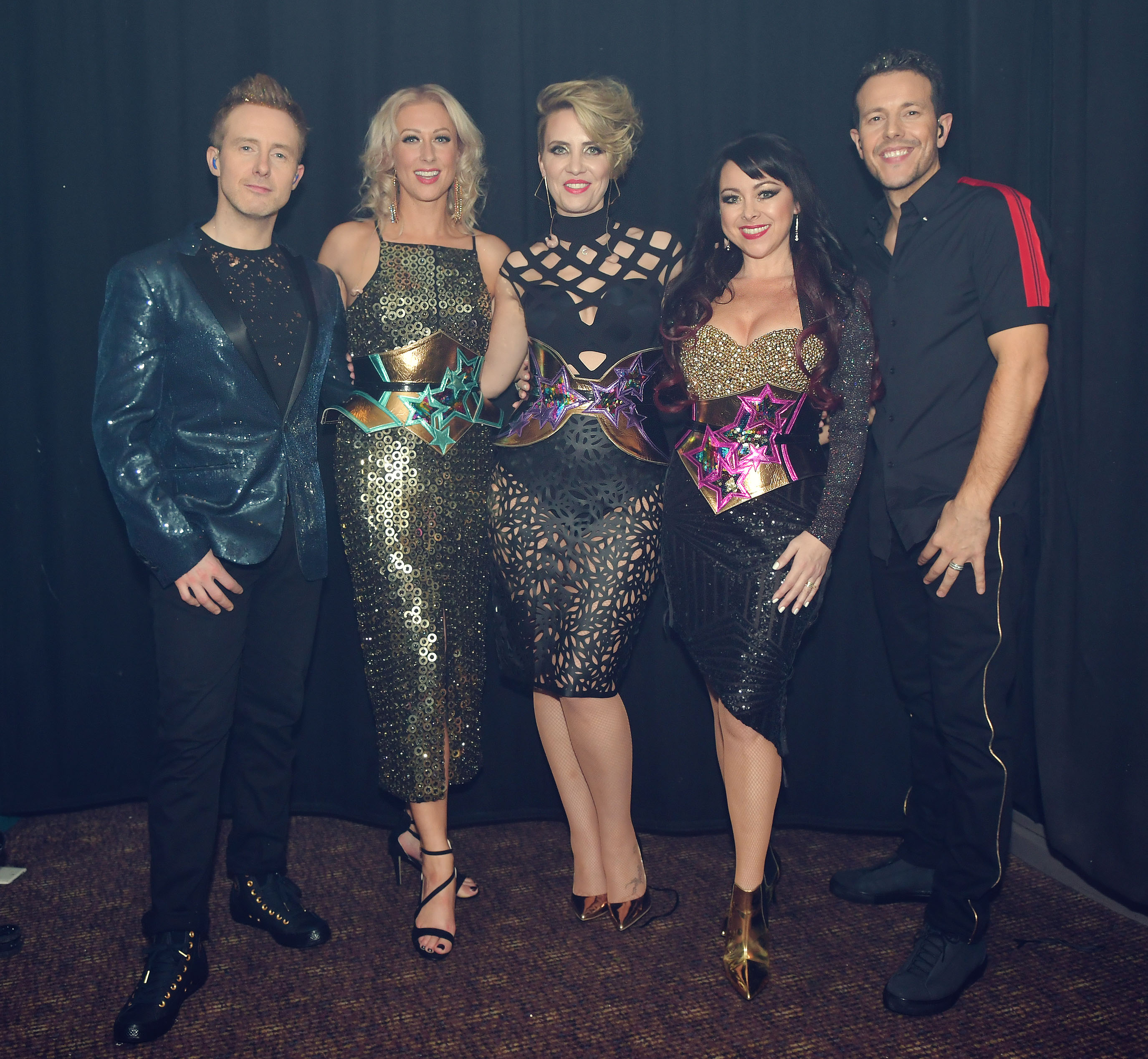 But the cherry on top for fans may well be the knowledge that they will receive a collectible STEPS lanyard too.

BLUE’s Heart and Soul tour this year gives fans the chance to be snapped next to the noughties dreamboats on a DSLR camera or an iPhone.

But not just any old Apple phone – or God forbid a Nokia – you will be snapped only with a “premium iPhone”. 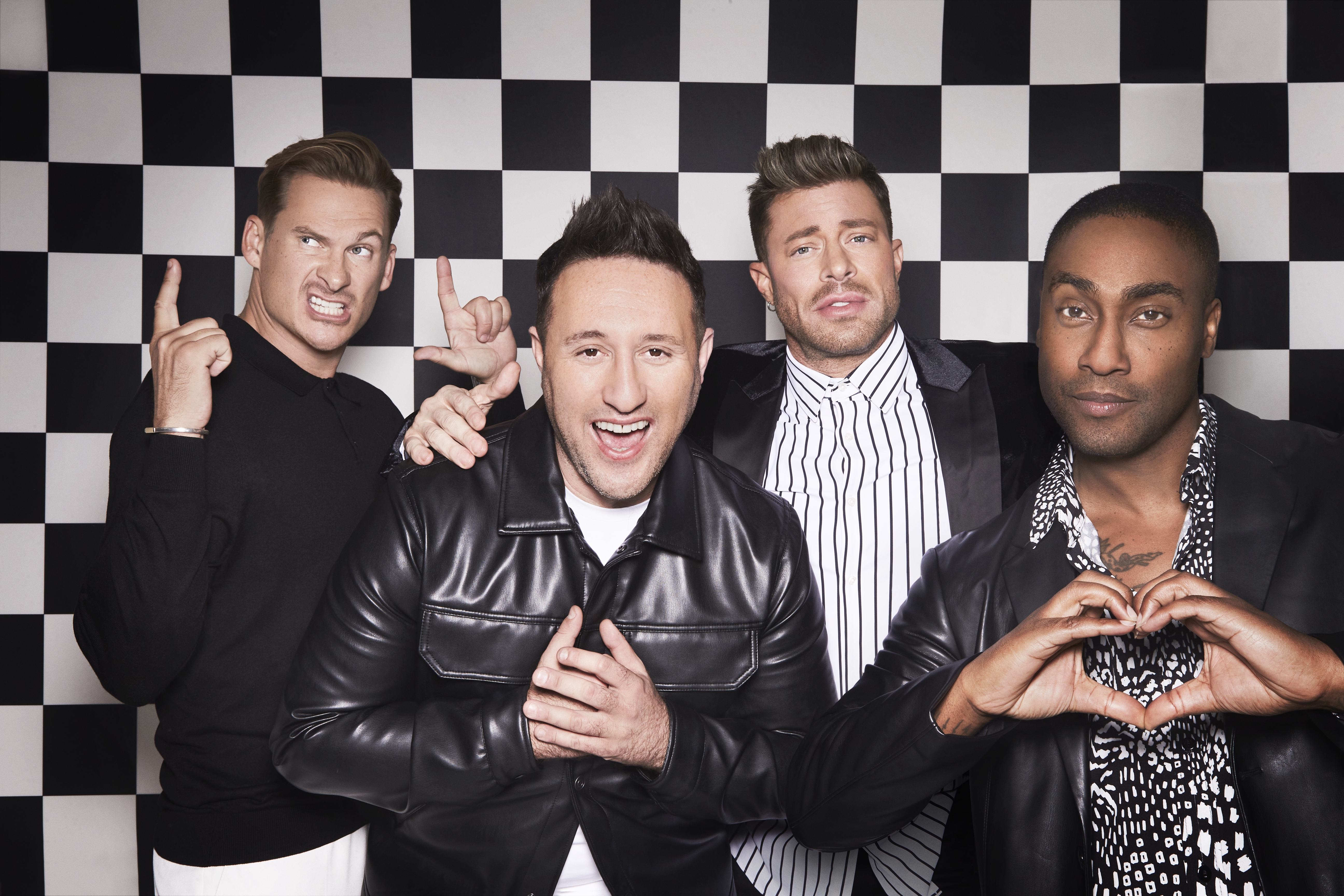 In the terms and conditions organisers point out that if Covid rears its ugly head again, the band will be protected by an “anti-virus perspex screen” while you get your picture taken.

LIFE is a rollercoaster and so is booking a meet-and-greet experience for the Boyzone singer’s tour.

Despite it being called the Twenty Twenty Tour, the concert dates are actually for 2022 – but have since been postponed. 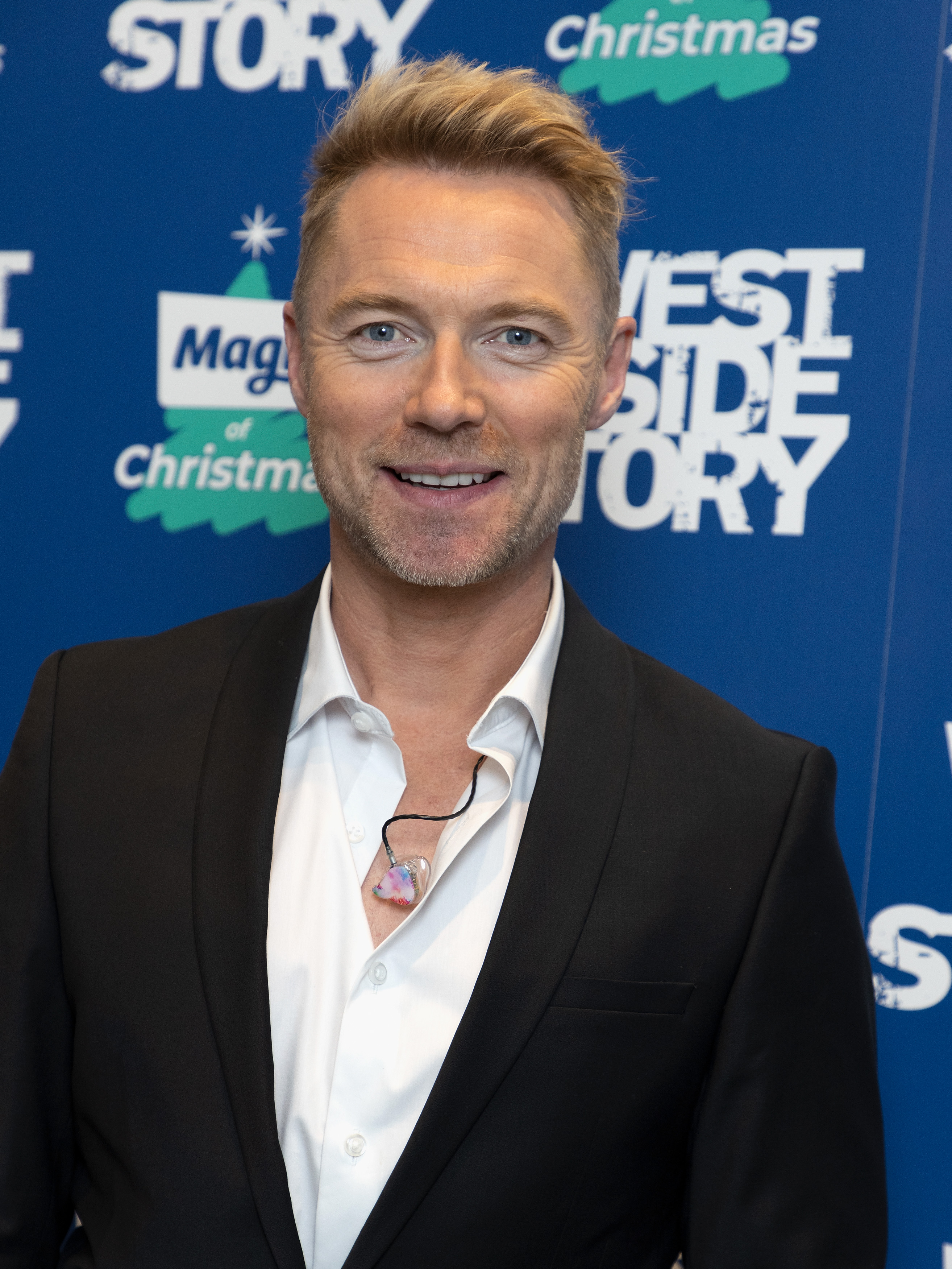 If all that was not confusing enough, a VIP package would cost you £240 – on top of your original ticket, which goes for £45.

However, Ronan’s saving grace is that he is offering a professional photo shoot with fans after a chat, along with a very ambiguous-sounding “merchandise item”.
All very mysterious.

FANS can pay to have their picture taken with the Manchester United favourite before a live interview.

His sold out Evening With Gary Neville event at a Northampton hotel offers a glitzy “superstar platinum” package. 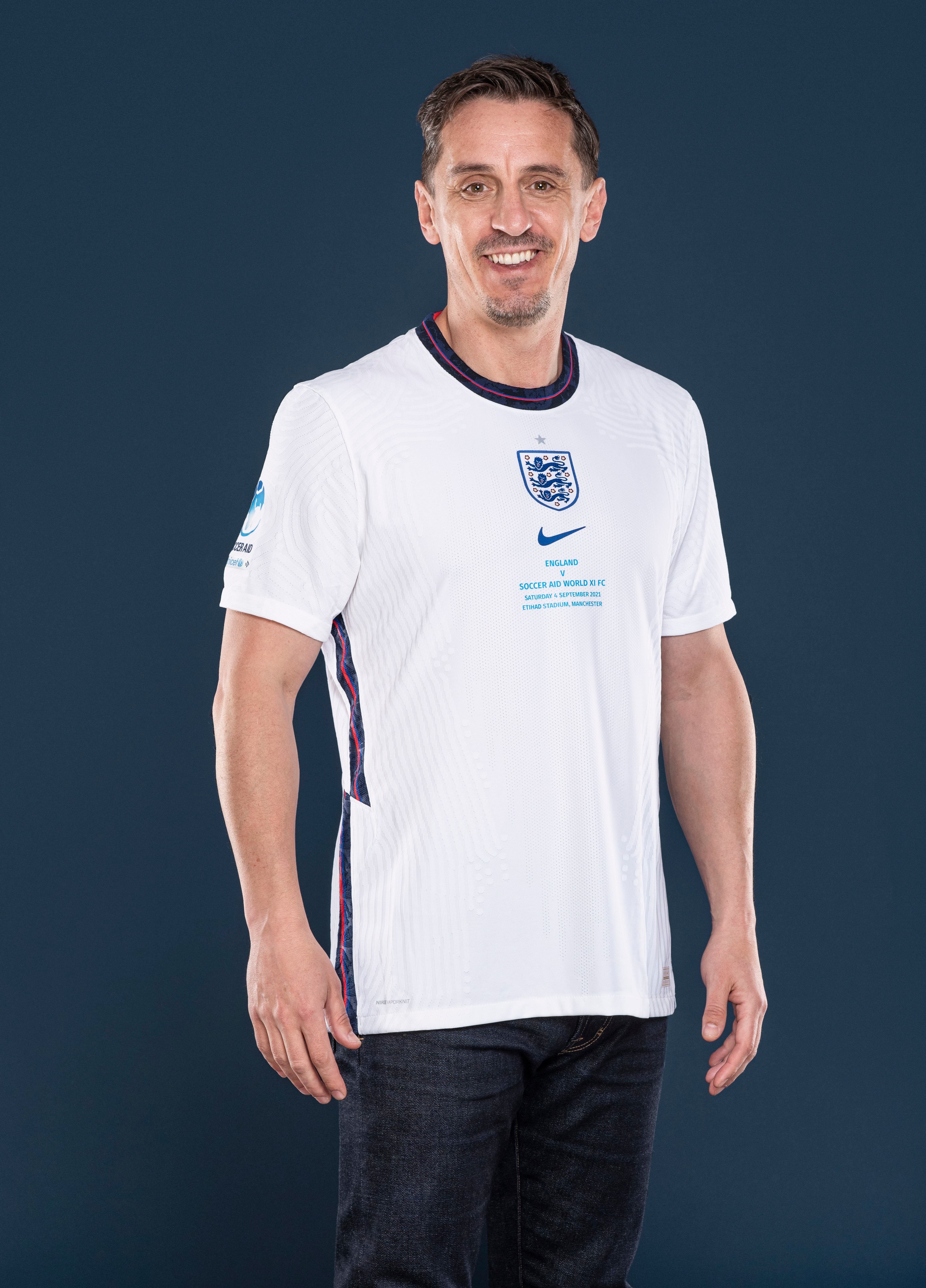 As an added bonus, Gary, 46, will sign absolutely anything you bring from home as part of the deal.

So don’t even think about bringing your Monets and Caravaggios.

THE former Towie star is doing a one-woman show in April and is offering fans the chance to get up close and personal with her before curtain up.

The “Ultimate Divaship Package” at GC’s Big Night Out promises “an intimate pre-show VIP experience with The GC herself”. 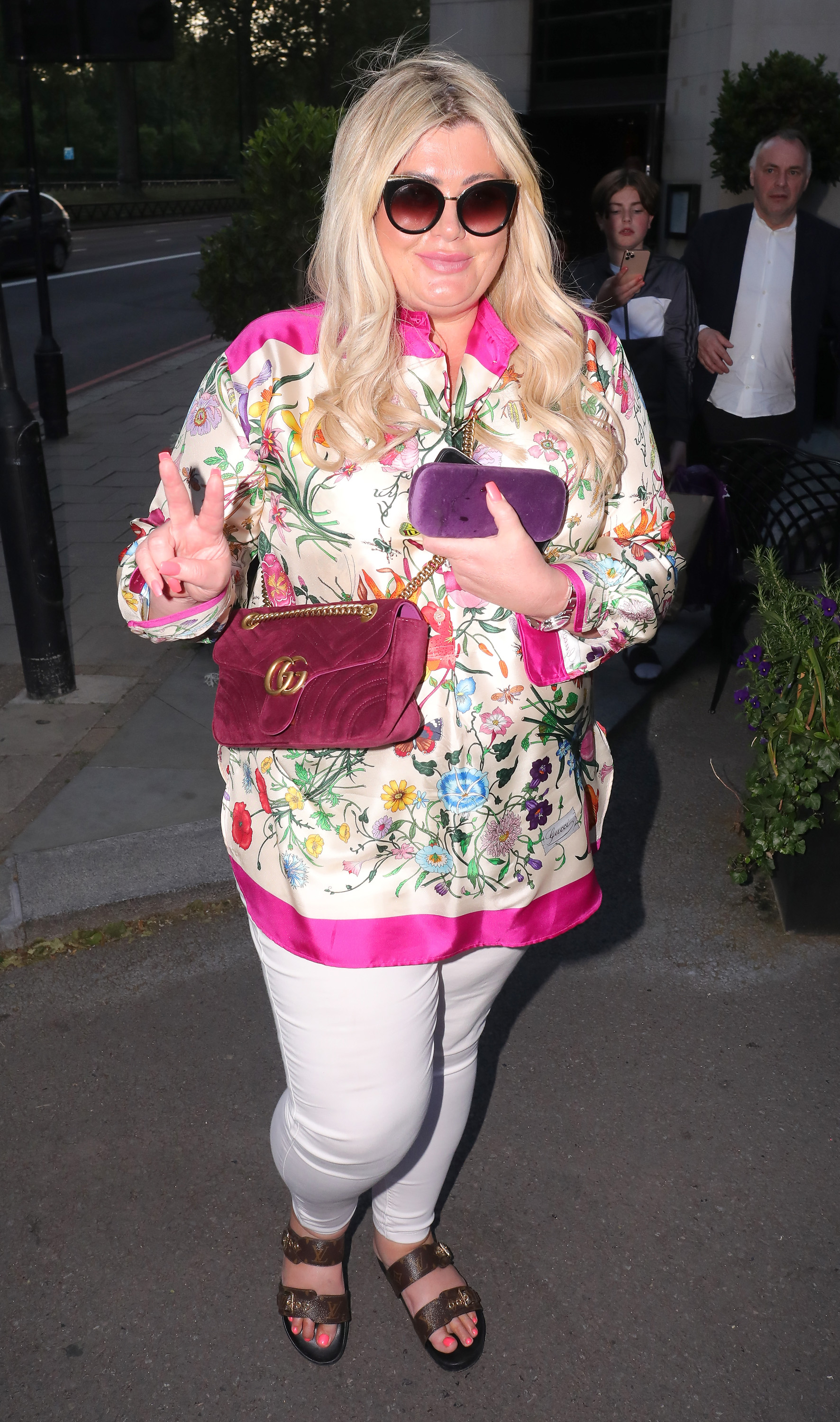 Quite how intimate remains to be seen.

But you’ll be able to remember the occasion with an A5 signed picture with Gemma, 40.

And you can carry it away in your GC tote bag.

IF any mums or dads are wondering how their toddlers can watch any more of cartoon Paw Patrol, the live show is the answer.

The canine rivals to Peppa Pig’s domination will be touring their show, Race To The Rescue, around the UK this year. 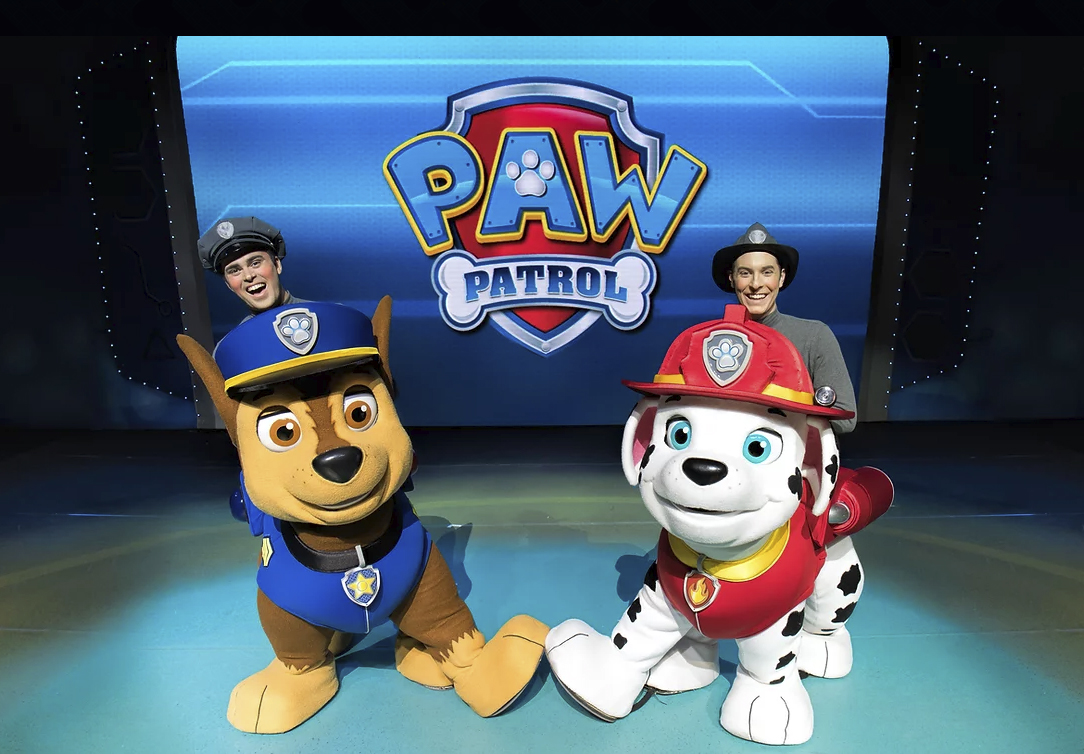 With VIP (Very Important Pup) seats on offer, you can get even closer to the rescue dog superheroes.

And after the show your little ones can get their picture taken with the giant, costumed creatures as well as main character Ryder.

FORMER boxing champ Ricky, 43, offers fans the chance to buy 30 minutes of his time before a live event in Northampton.

Boxing aficionados will also get the best seats for his Q&A event as well as a professional 6x9in picture. 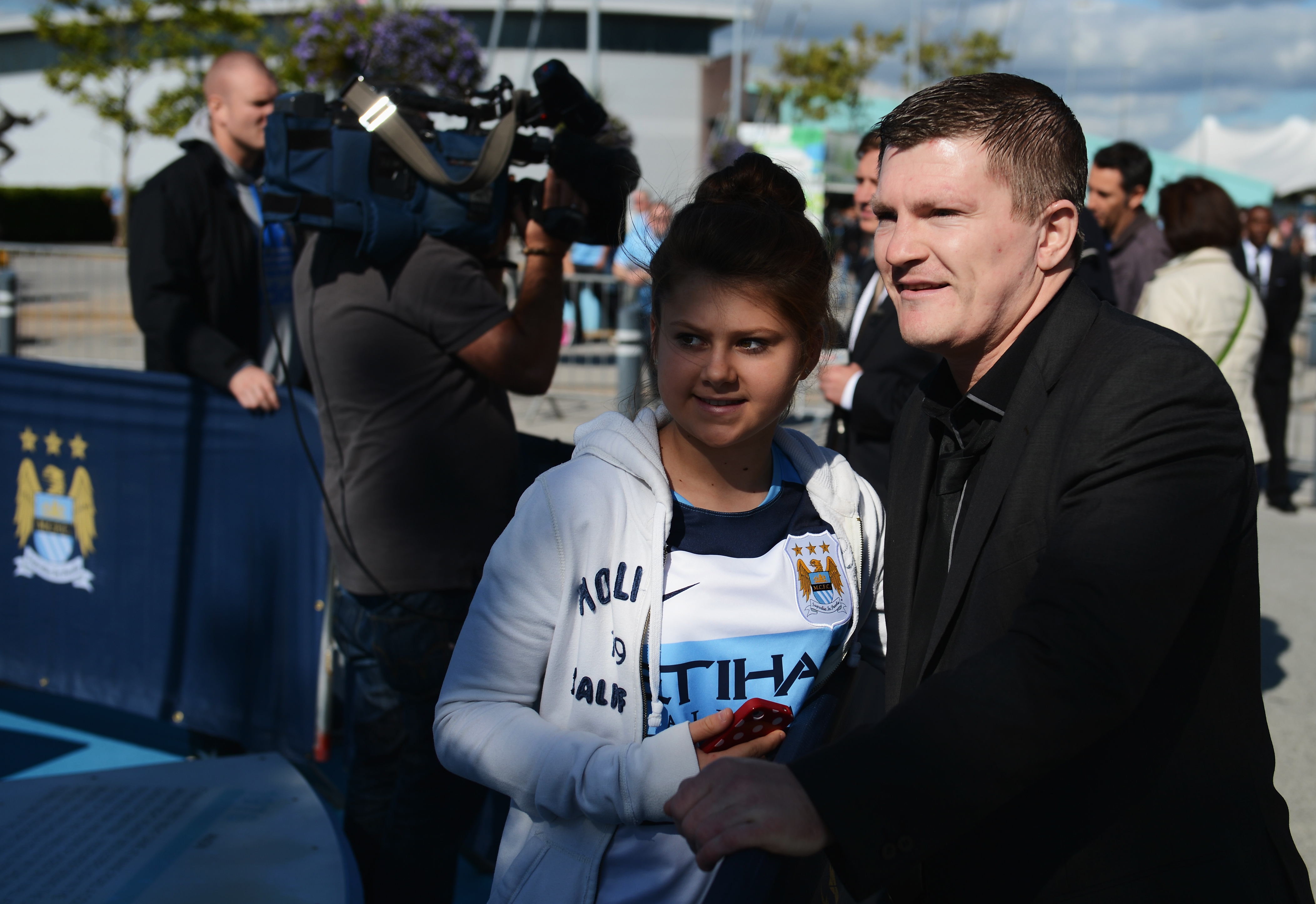 Pictures will be printed out on the night but the technologically-minded can also download their snaps from the event’s Facebook page.

THE VIP experience from the Happy Mondays frontman lets fans take a picture with the Madchester icon.

The eccentric singer, now turned UFO hunter, is touring the country doing an “Evening with…” interviews. 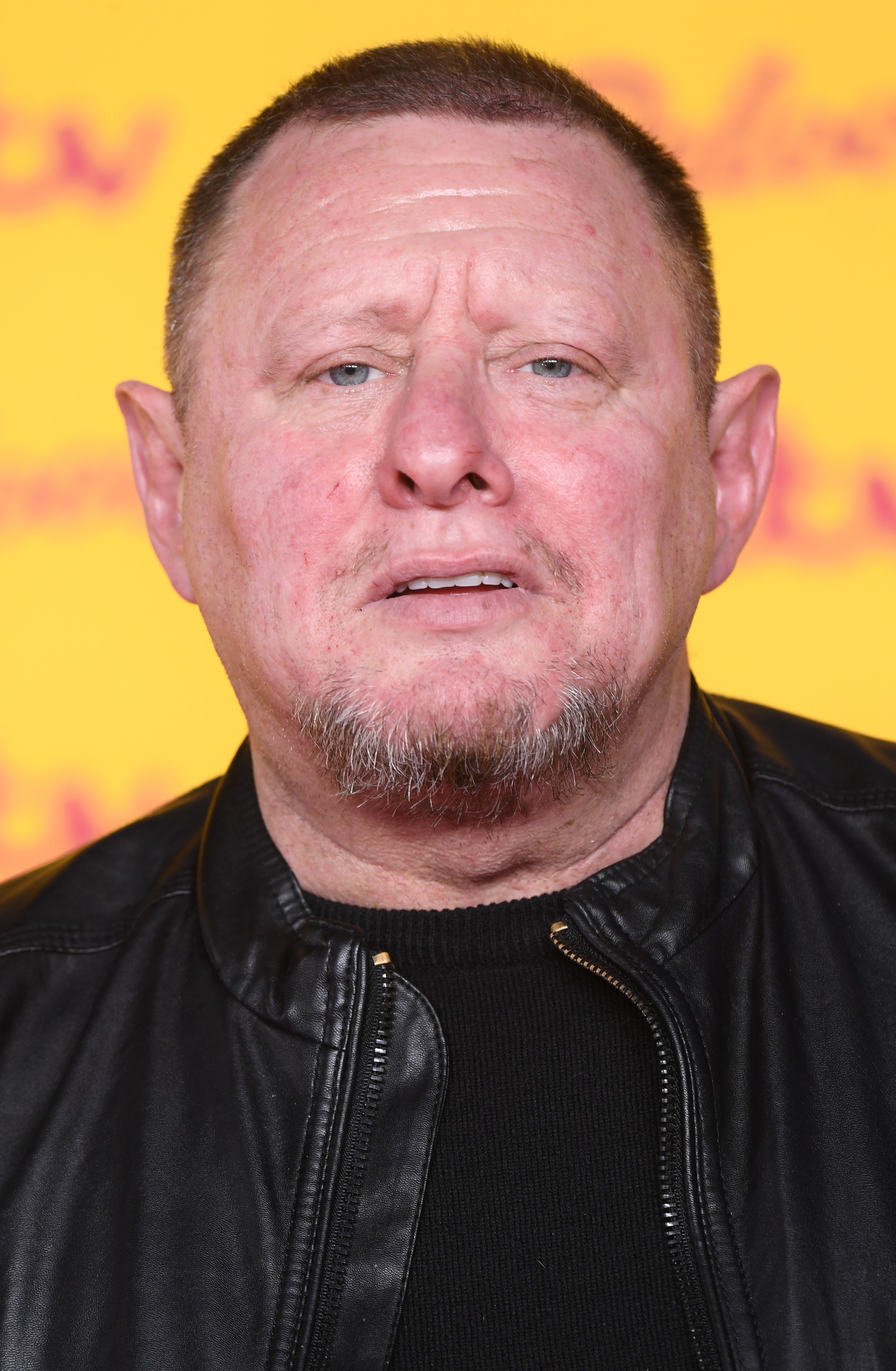 Pricier tickets also promise a Q&A session with Shaun, 59, who once claimed cycling cured his heroin and cocaine addictions.

But don’t expect a deep and meaningful conversation – you are allotted just one question.