Star Wars The Rise of Skywalker had a lot of surprises in store for viewers. Although the end of the series was completely controversial for fans, they were happy with a number of choices that were made by Disney. Perhaps the most shocking part of the film was the reveal that Leia Organa (played by Carrie Fisher) was undergoing Jedi training.

By the end of Return of the Jedi Leia knew she was really a Skywalker.

Shortly after this, it seems like her brother Luke Skywalker (Mark Hamill) had enlisted her to take on the tough-looking gauntlet of Jedi training.

Leia couldn’t do this without her own signature Jedi weapon, however – a lightsaber.

It was then revealed during The Rise of Skywalker that Leia had her own lightsaber, and she had hidden it, later to be found by Rey (Daisy Ridley).

Leia’s lightsaber was a pivotal object in the film, as it allowed Rey to get back into the battle with enough weaponry to take on Palpatine (Ian McDiarmid) alongside Ben Solo (Adam Driver). 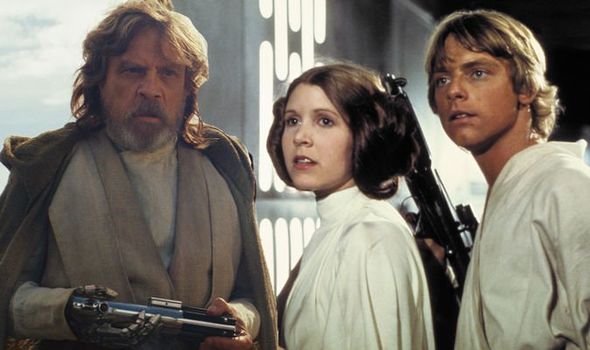 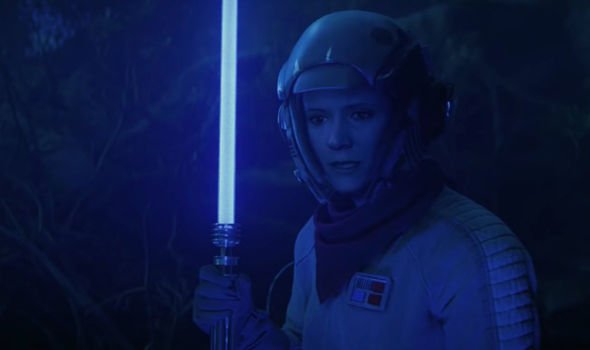 However further details about the lightsaber have now been revealed in a brand new Star Wars book.

The book, titled Star Wars: The Lightsaber Collection, shows off every lightsaber in the Star Wars franchise to date, along with a number of explanations.

This includes Leia’s which has a lot more to it than initially thought.

The weapon’s description briefly touches upon the fallout of The Return of the Jedi, before detailing the hilt of the weapon itself.

Unlike other lightsabers in the Star Wars mythos, this one was handcrafted by the Skywalker twins to reflect Leia’s personality, and indeed her heritage. 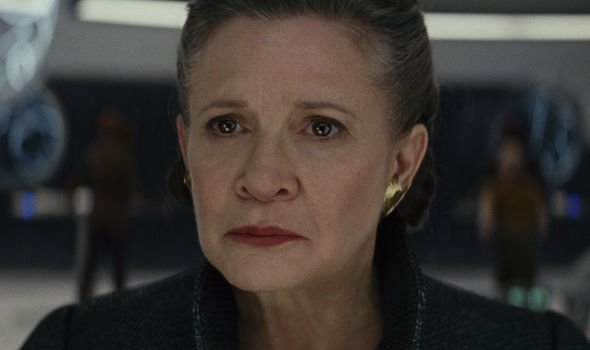 Not only does Leia’s weapon mirror that of Luke’s in colour, it also describes her childhood on now destroyed Alderaan.

The book’s description reads: “Leia’s lightsaber is a work of art defined by elegant symmetry and silver and gold hues that evoke Leia’s royal upbringing on Alderaan.

“Curved metal grips are spaced around the midsection surrounding a crystal heart that projects a blue blade.”

That’s not all, as the narrow, ringed neck is also another reference to look.

The description revealed: “The narrow neck and ringed emitter of the saber bear similarities to those on Luke’s green-bladed lightsaber.”

While this is certainly a huge amount of detail for one weapon, fans unfortunately missed out on it during the Rise of Skywalker, as it was not touched upon during the film.

Going into further detail about the training shared by the Skywalker twins would have been welcomed by fans, but unfortunately it is not something that was explored in the films.

Thankfully, this could be something that will be explored later, as rumours recently surfaced of a new series of Star Wars films based on Luke Skywalker.

There is a catch, however, as the supposed upcoming films will feature Luke crafted from CGI, as it details some of his younger years.

Speaking out on a Star Wars forum, a fan explained: “According to sources, Disney is seeking to push forward with the same technology used to create movies such as The Lion King 2019 and The Jungle Book 2016, as well as human facial CGI seen in Rogue One, to begin work on an unnamed film that would be fully computer animated but presented as a live action film featuring human characters.

“The goal is to test the waters of creating computer animated films indistinguishable from live action, thus bypassing the need for actors (and actor salaries), as well as the need for proximity.

“Lucasfilm inked a deal with Mark Hamill without much fanfare within the past 18 months which permits them to produce films featuring a CGI Luke Skywalker. I’m told that within that contract, Disney also is given the ability to use CGI faux reality Luke in future adaptations of Galaxy’s Edge.”

The Star Wars Saga is available to watch on Disney Plus.