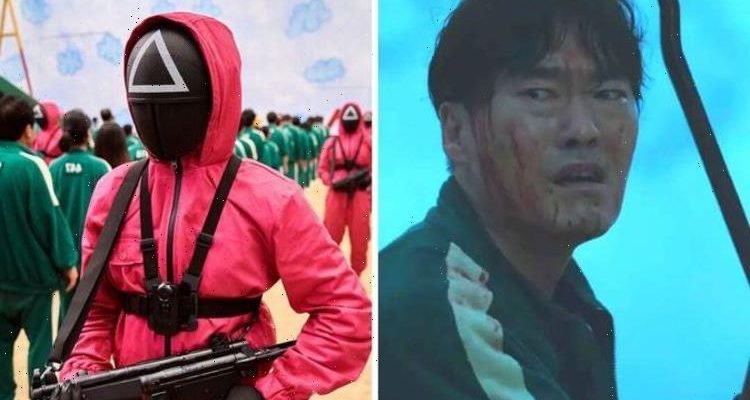 After taking the world by storm, the Korean survival series has become one of Netflix’s most-watched series. However, after rewatching Squid Game, one fan spotted a major clue which gave one player an unfair advantage.

Taking to Reddit, Jal417 wrote a lengthy post explaining his theory which came after watching Squid Game for a second time.

They wrote: “I’m pondering how player 111 is getting special treatment.”

The viewer added: “I think the big question is how did 111 convince the workers to let him help with organ scavenging in exchange for information about the next game?”

This scene also caused confusion with other viewers as there had been no explanation or flashbacks detailing the meeting.

The Reddit user came up with two plausible theories which could explain how the partnership came about.

The first one read: “The workers knew 111 was a doctor via background check and they privately asked him to help extract the organs in exchange for inside info because they aren’t doctors so they don’t know how to successfully keep the organs intact.”

While the second theory suggested: ”111 knew that as a doctor, he could help the workers with any surgical tasks, so he offered his skills to the workers in exchange for secret info.

“The only thing is that the workers are hiding all of this from the game master by deleting CCTV footage,” they concluded.

Fans watched the interesting scene as they were taken through a maze of different doors by undercover detective Jun-Ho (played by Wi-ha joon) dressed as a worker.

Eventually, they made it to a makeshift operating room where Player 111 was using his medical skills to carefully remove organs from dead players.

In an effort to harvest the organs for money, the contestant had to ensure each organ was in perfect condition.

However, things began getting hostile after one of the workers noticed Jun-Ho acting suspiciously.

He was asking questions about events he supposedly attended, when in fact he hadn’t – the person who he’d stolen the custom from was instead.

This caused an argument and Player 111 eventually kicked off because he needed a quiet environment to concentrate and successfully harvest the organs.

It was later revealed in exchange for helping the workers he was receiving intel into the upcoming games, in hopes of winning the prize money.

However, it wasn’t to be because after they revealed they had no knowledge of the next game he suffered a mental breakdown and stabbed one of the workers.

Eventually, Player 111 was shot to death and his body strung up the next day as an example of what would happen if the players attempted to break the rules of the game.

Other Reddit users agreed with the first theory, as one fan wrote: “ I think number one Is the most plausible too.

They explained: “During one scene, a soldier comments on how the doctor killed a patient and can’t practice anymore or something to that effect.

“I assume this means they know his background pretty well and are using him to get organs out,” the user concluded.

Squid Game is available to stream on Netflix.