Squid Game was every man or woman for him or herself. Cho Sang-woo (Park Hae-soo) was a particularly ruthless player. He defrauded his clients at Joy Investments and lost everything, so he was desperate. Only his childhood friend, Gi-hun (Lee Jung-jae) got any consideration, and even that was slight. Actor Park, however, saw Sang-woo as reasonable. 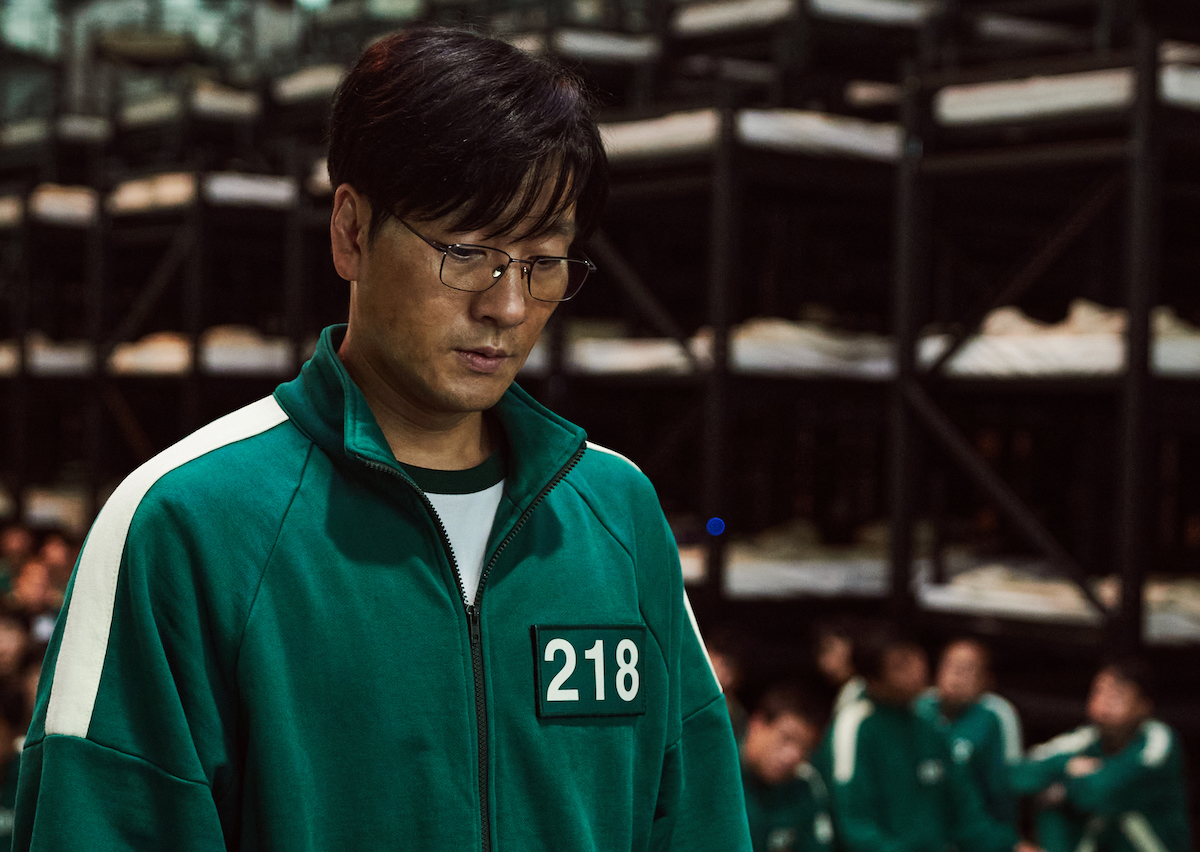 Park joined the cast of Squid Game and writer/director Hwang Dong-hyuk at a Q&A at Chapman University. The Hollywood Reporter released the panel on their Awards Chatter podcast on March 29. Here are Park’s thoughts on Sang-woo.

The reasonable side of ‘Squid Game’ player Cho Sang-woo

It was Sang-woo who initially led the vote to end the game once he saw that losers were killed. However, the temptation of the prize money led him to continue.

“I think I really did my best with the director to create the most realistic character as possible,” Park said through a translator on Awards Chatter. “And I wrestled a lot with what would be the most reasonable, from Sang-woo’s perspective, the most reasonable choice in a particular situation and how would he want to approach these different games.”

Sang-woo makes it to the end of the game where he and Gi-hun play the squid game. To make it that far requires a lot of manipulation, Sang-woo playing players against each other. Park said even in many of Sang-woo’s ambiguous moments, he filmed two different takes.

“It wasn’t that we wanted to set a direction for these choices he makes, whether they’re good or evil,” Park said. “But through many conversations with the director. I remember sometimes we shot both ways. It wasn’t that we were set on showing you the duality of the character Sang-woo. That was not our focus but I think it was just in the process of bringing this character to life that that’s the side of Sang-woo that the audience got to meet in the end.”

Park Hae-soo on the most controversial moments

There were several moments in Squid Game where Sang-woo lost sympathy. When he betrayed Ali (Anupam Tripathi) in the marbles game was one. In the glass plate game he pushed another player to his death. He even killed Sae-byeok (Hoyeon Jung). Park could reconcile those decisions and actions as an actor to give his convincing performance.

“When Sang-woo is with Ali, when he’s with Gi-hun or when he did that to Sae-byeok, it shows his duality,” Park said. “However it’s not because we wanted to portray somebody with a great sense of duality, but we wrestled with how to really crystalize this character and bring him to life.”