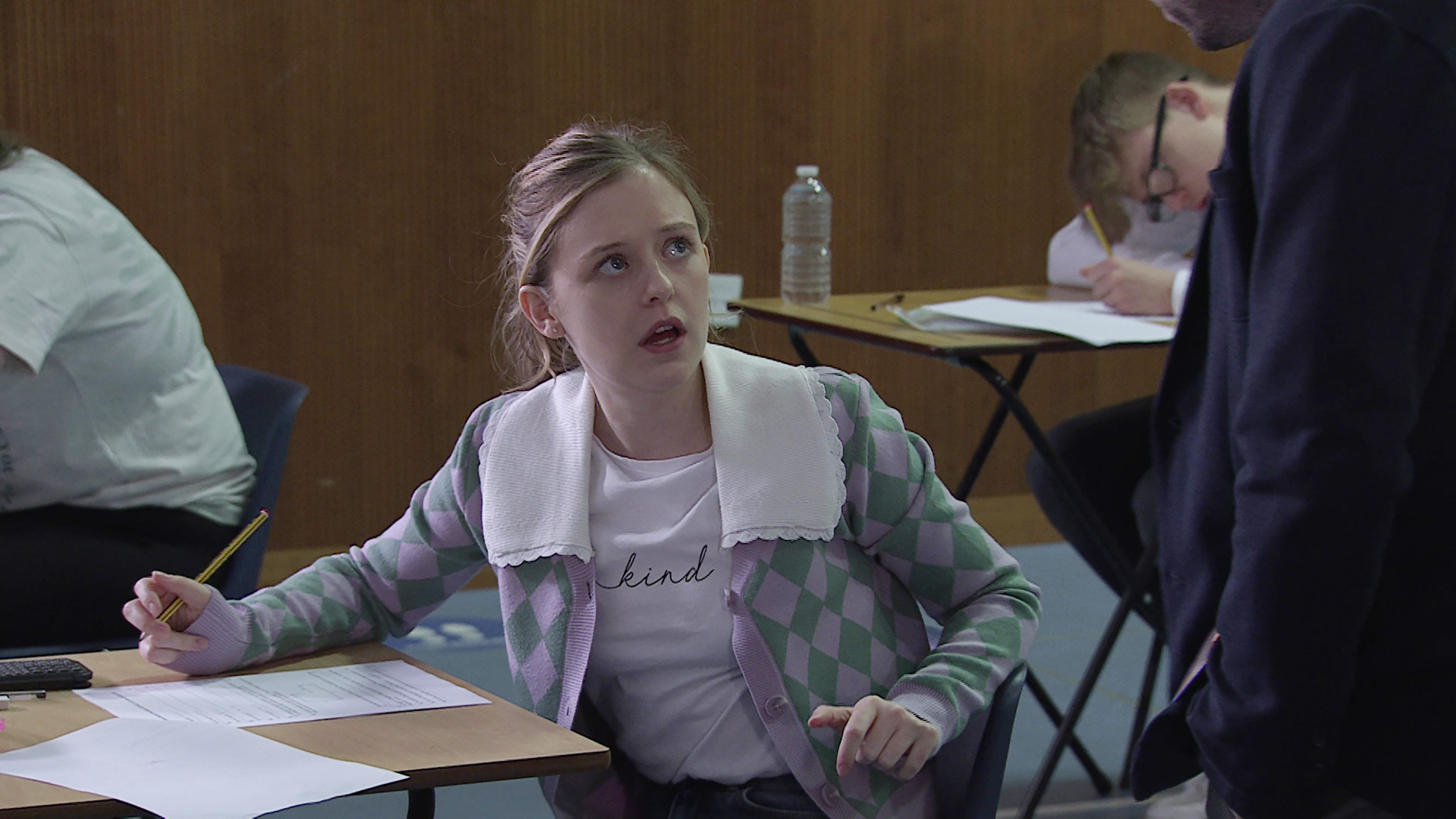 The teen, who has diabetes and an eating disorder, is trying to get better following Billy’s (Daniel Brocklebank) discovery she had been secretly purging.

Coming up, it’s clear Summer is feeling the pressure ahead of her all important university exams as she snaps at Billy, who accuses her of failing to take her meds regularly.

The next day, having eaten two bags of crisps, Summer tips her insulin down the sink.

When Billy returns home with a takeaway, Summer assures him she’s taken her insulin but is alarmed to realise her blood sugar levels have spiked.

A little while later, Summer calms down when she realises her levels have returned to normal.

The next day, having secretly tipped her insulin down the sink again, Summer sets off for her exam.

As the clock starts on her maths paper, Summer’s vision becomes blurred and is horrified to realise she’s forgotten her diabetic kit.

As Summer is loaded into an ambulance, she tearfully explains to Aadi (Adam Hussain) that her blood sugar level is sky high – but will she be okay?

And will she tell anyone that she hasn’t been taking her insulin?