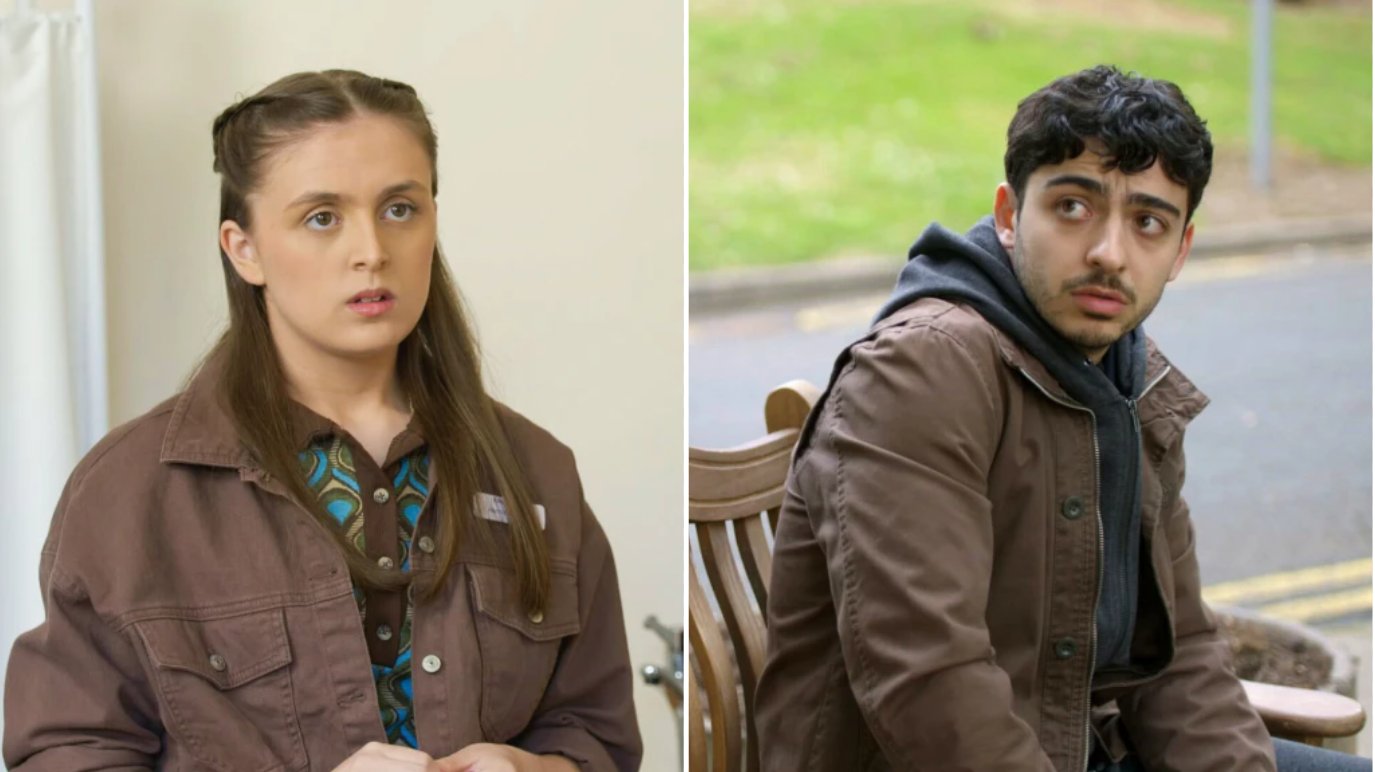 Following Brian’s (Simon Lowe) accident, Bear (Dex Lee) tells Valerie and Karen (Sarah Moyle and Jan Pearson) that Scarlett (Kia Pegg) is taking a few days off to look after him. At home, Scarlett and Brian are fretting about money.

In short, they are broke and are in danger of falling out with each other over their lack of cash. Their latest electricity bill is huge and they have missed out a rent payment as Brian had to pay to repair the washing machine instead.

In desperation, Scarlett takes on a new job as a cleaner. She meets her new boss, Frances (Madeleine MacMahon) and Yusuf (Issam Al Ghussain), another young cleaner who shows her around.

While moving a table together, Scarlett notices Yusuf’s legs are giving him some trouble. She encourages him to see a doctor about it, but he isn’t keen. Eventually, however, the pain gets too much for him and he decides to go to The Mill.

Scarlett is pleased to see him there, but he doesn’t end up staying for long. He gets nervous when Valerie starts asking him lots of questions and soon flees the surgery completely. Scarlett is furious and soon begins to unleash her frustrations on Daniel (Matthew Chambers) who is rather taken aback by this.

Soon, Yusuf stops turning up for his cleaning job and stops answering his phone when she calls it.

What should Scarlett do now?