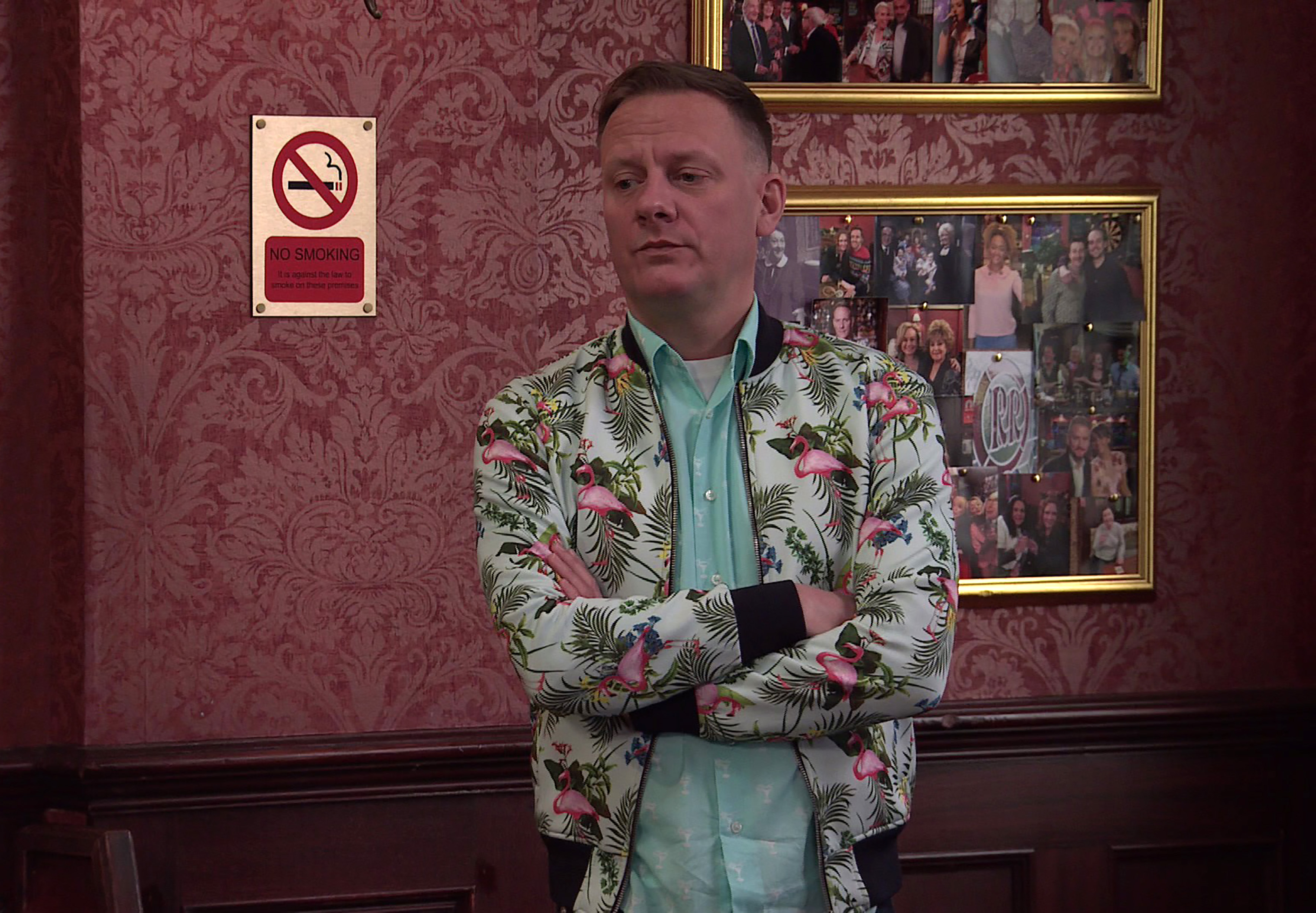 It looks like life is going to start getting very interesting for long-time Coronation Street character Sean Tully (Antony Cotton) in upcoming episodes.

It’s already been confirmed that his son Dylan (Liam McCheyne) is returning to Weatherfield in the summer, but before that there’s also going to be a new love interest for the character.

A man called Frank Bradley – played by former Brookside star Simon O’Brien – comes into the Rovers and it’s not long before he and Sean are exchanging some flirtatious banter and there’s an obvious mutual attraction.

When Frank leaves, Sean thinks that’s going to be the end of things, but Jenny encourages him to go after Frank and try to secure a date.

Sean is notoriously unlucky in love, and often ends up getting hurt. Let’s hope that things go better for him this time, as he’s due for some happiness.

If the two do get together, though, how will the arrival of Dylan change things? Will Frank be ready to take on a partner who comes with baggage in the form of a son? Or will they all soon be one happy family?