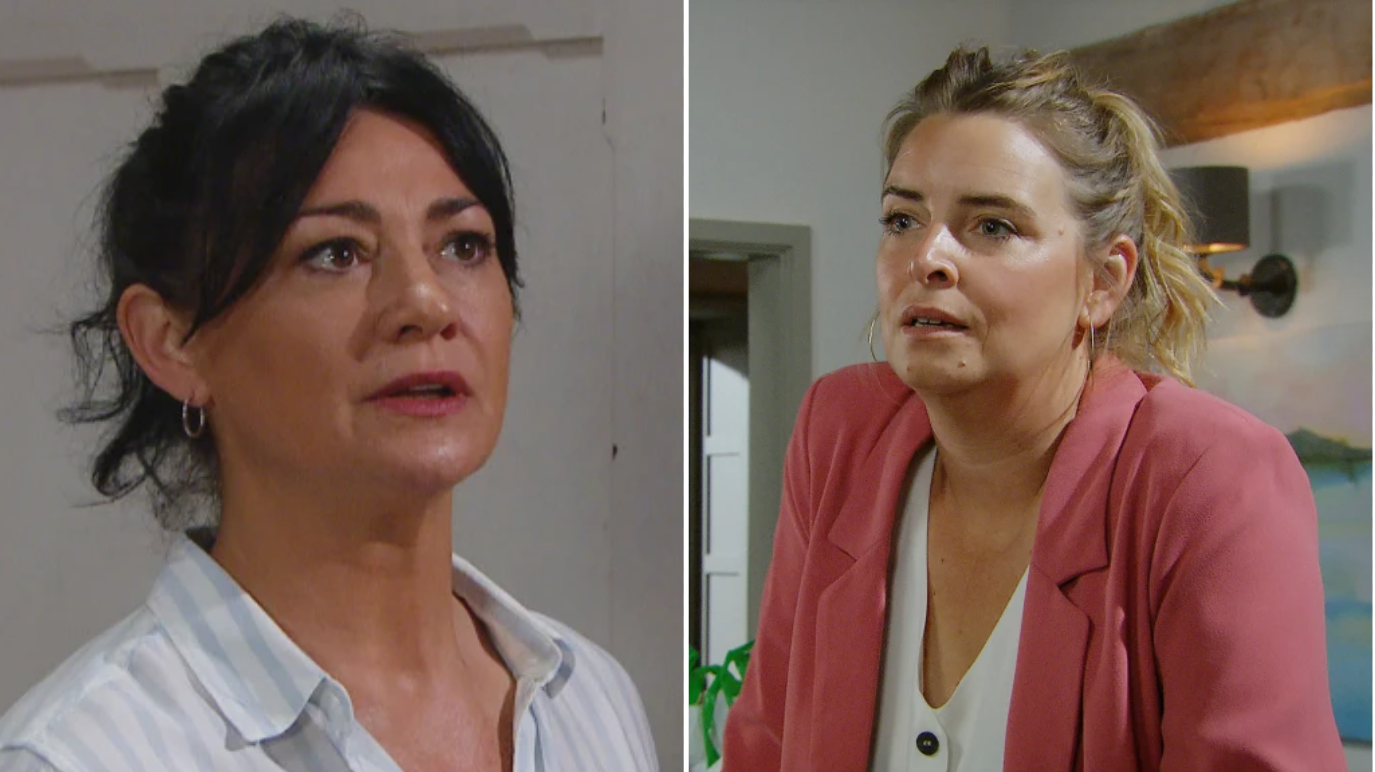 Charity (Emma Atkins) was beginning to regret ever sharing the news of her pregnancy with Mackenzie (Lawrence Robb) in tonight’s Emmerdale. It wasn’t that he reacted badly to the news – quite the opposite, in fact. He seems overjoyed, and Charity was already getting irritated by his fussing around her as he thought she should be taking things easy.

And when Moira (Natalie J. Robb) dropped in for a visit while Charity was out, Mackenzie couldn’t resist sharing his news with his big sister. Her initial reaction was not a positive one, which is understandable given the history of animosity between her and Charity. She told Mack that this would mean he’d be tied to Charity forever. When she saw how happy her brother was she relented and gave him a hug, happy for his sake.

But it was a very different story when she bumped into Charity and mentioned that she’d heard the news.

‘Someone needs to learn to keep their gob shut,’ Charity said, wishing Mack hadn’t said anything.

‘Well we both know what you need to keep shut,’ Moira responded. Ouch. ‘You do realise if you start having babies with my little brother I come as part of the package.’

Charity didn’t miss a beat before she clapped back with, ‘Shame your face wasn’t on the condom packet then eh?’

Round one to Charity, then, and they could probably have gone on trading insults for the rest of the afternoon but Noah (Jack Downham) suddenly appeared and Charity was desperate for him not to hear about the baby by overhearing her and Moira.

But one thing’s for certain – Charity and Moira are a long, long way from being huggy sisters-in-law.