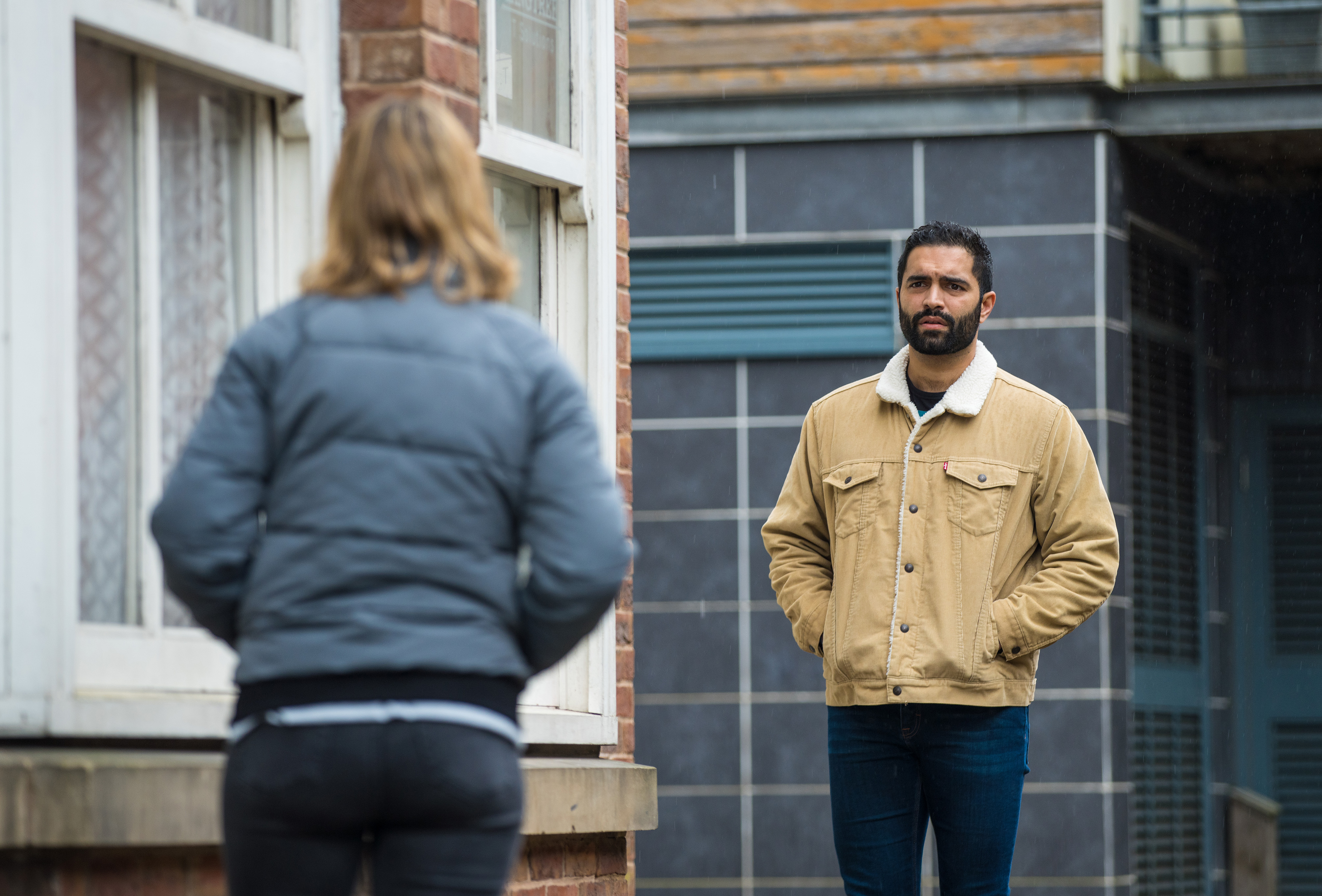 After Kevin (Michael Le Vell) found Alfie’s birth certificate, he sent a photo to Toyah, who then exposed the truth during a meeting with social worker Lou.

So far this week, Imran has tried to explain himself to Toyah, but his happy home set-up with her and Elsie has changed dramatically.

Toyah has explained to Elsie that she won’t be seeing Imran anymore and tonight, he says an emotional goodbye to the young girl.

His focus soon turns back to Abi, who’s still working hard to get custody of Alfie.

With Imran prepared to help Abi, Toyah has one thing on her mind: revenge.

She reveals social services have reported Imran to the Solicitors’ Regulation Authority for his involvement in Abi’s custody battle.

This now means Imran stands a chance of losing his career and being unable to practice law ever again.

But what will the result be?