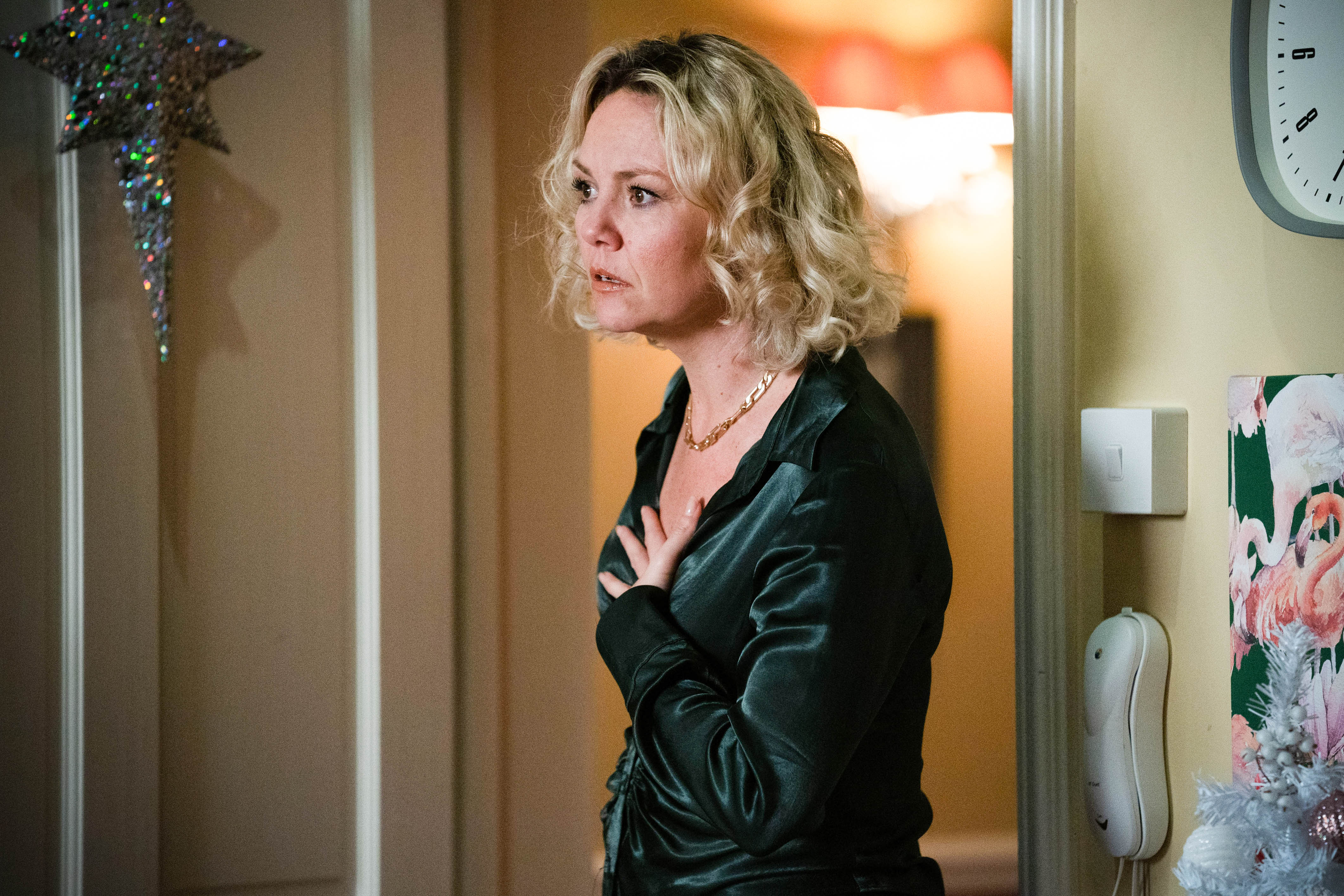 With Linda (Kellie Bright) staying at her mums (Kellie Bright is also on maternity leave), Mick returned to Walford a few weeks ago as autistic son Ollie was struggling to adapt to the different environment and routine.

In jaw-dropping scenes over the Christmas period, Janine sets herself the task of getting her man and if there’s one thing we know about Janine, it’s that when she makes up her mind to do something very little gets in her way.

A saucy Santa’s Little Helper costume is her first line of attack, and Nancy (Maddy Hill) is amused when that fails to have the desired effect on Mick.

His apparent indifference is not enough to stop Janine, though, and she’s encouraged when she discovers that Mick won’t be spending Christmas with Linda.

As Janine’s provocative behaviour continues, she thinks there’s only one thing standing between her and Mick – and that’s Linda.

So she comes up with a cunning plan.

Is Janine about to blow the Carter marriage even further apart?