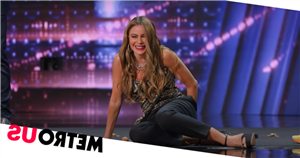 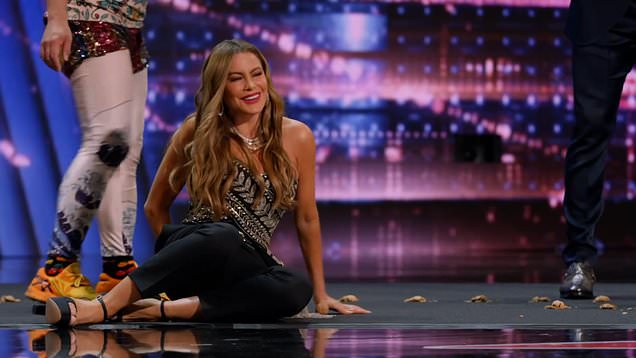 Sofia Vergara was left wincing with pain when she attempted to crack a walnut open with her butt… and failed dismally.

On America’s Got Talent, a contestant called Mr Cherry, who hails from Japan, managed to successfully break a world record by crushing 79 walnuts with his butt in an incredible 30 seconds.

The America’s Got Talent judges, which include Howie Mandel, Heidi Klum, Simon Cowell and Sofia, were impressed by Mr Cherry’s feat.

However, they likely didn’t realise just how difficult his achievement was until Modern Family star Sofia gave it a go.

After being encouraged by Heidi to give it her best shot, Sofia sauntered onto the stage, joining Mr Cherry in front of the cheering audience.

When Heidi asked Sofia which side of her butt was the strongest, the actor replied: ‘I don’t know, I’ve never thought about that!’ 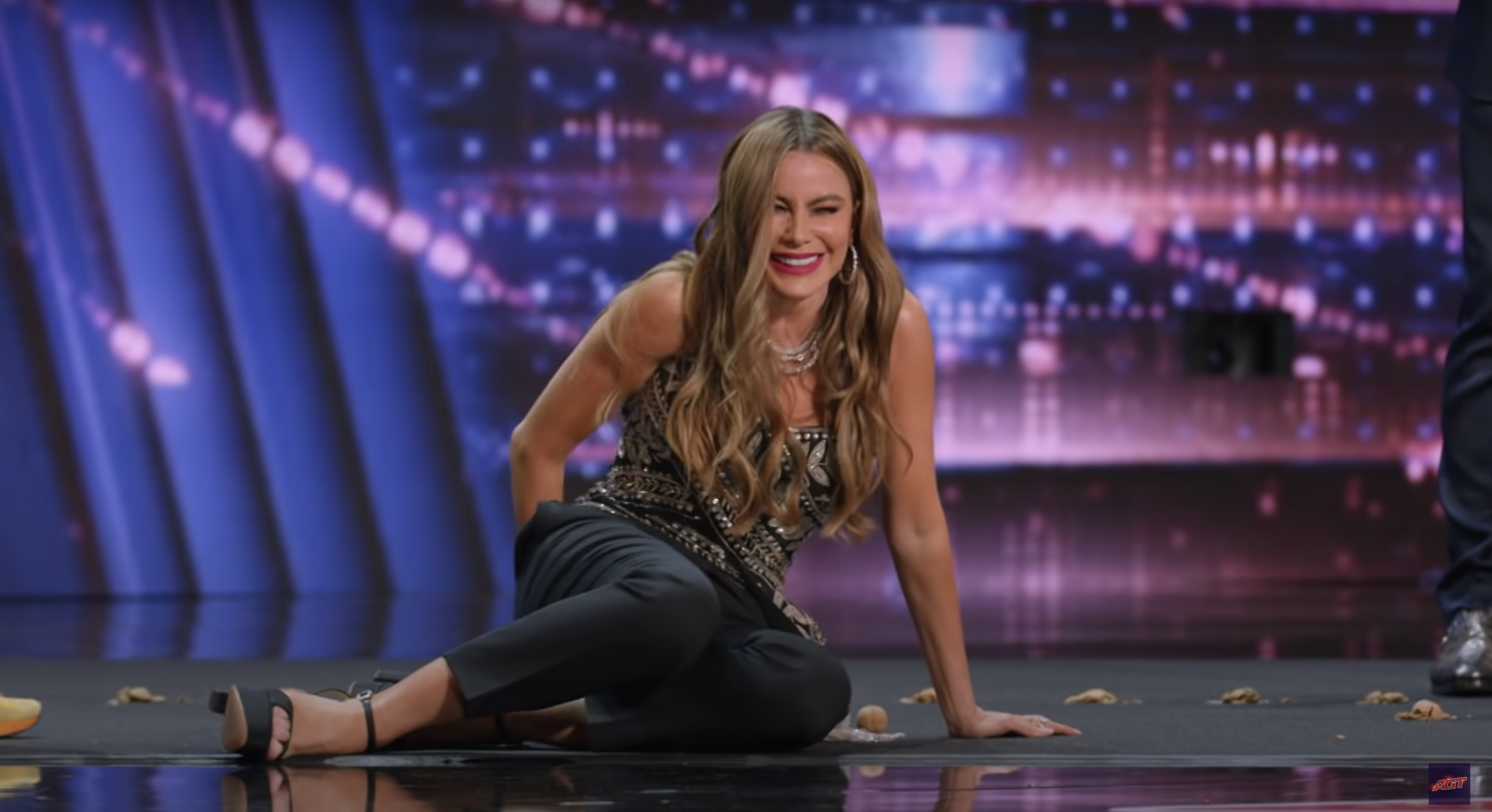 Having decided to go with her left side, the 48-year-old settled down on the stage, before trying to crack the walnut open.

However, despite Mr Cherry managing to crack open almost 80 in a row, Sofia immediately cried out in pain when she tried to crack just one, before exclaiming: ‘It really hurts!’

Simon chuckled, as he and Howie stood up to clap for their co-star.

As Sofia walked off stage, she rubbed her behind in pain while the audience continued to applaud her.

‘I’m sorry I suggested that,’ Heidi admitted, while Sofia remarked that it was ‘impossible’.

When Howie asked her if she thought she had ‘bruised’ herself, Sofia replied: ‘Oh for sure.’

Several America’s Got Talent viewers found the whole scene extremely entertaining, with one tweeting: ‘Sofia Vergara trying to crack a walnut with her a** is the kind of TV we have been waiting this whole Pandemic for.’

Another big talking point on the talent show was Simon’s attire, with a number of people – including his co-stars – mocking the music mogul for donning shorts for his long-awaited return.

‘Are we missing something here? Did you just come back from holiday, or what?’ Heidi asked, while Sofia joked: ‘Is it casual Friday?’

One fan wrote: ‘Simon Cowell wearing shorts is wigging me out way too f* much right now. It’s like seeing the pope in a tank top. Not saying Simon Cowell is the pope, but that would make you stop and say ‘wtf? is that the pope in a ‘Saturday is for the boys’ tank?”

America’s Got Talent airs on NBC in the US.

For more stories like this, check our entertainment page.

Follow Metro.co.uk Entertainment on Twitter and Facebook for the latest celeb and entertainment updates. You can now also get Metro.co.uk articles sent straight to your device. Sign up for our daily push alerts here.