Consider This: Conversations highlight television’s award-worthy productions through panel discussions with the artists themselves. The above video is in partnership by FX, produced by IndieWire’s Creative Producer Leonardo Adrian Garcia, and hosted by Elliott Smith.

For the first three seasons of the FX hit “Snowfall,” charismatic drug kingpin Franklin Saint (Damson Idris) seemed to have everything under control as he expanded his empire. But Season 4 of the drama found Franklin dealing with a level of chaos he’s never experienced, both from outside forces and within his inner circle, culminating in the ultimate betrayal.

A key element in this season was exploring the relationship between Franklin and his father Alton (Kevin Carroll), a former Black Panther who became estranged from his family only to take hesitant steps to reconnect with his son.

“This is a show that is very much about exploring consequences,” Showrunner Dave Andron said. “What we kind of have to figure out every season is, ‘What is the lens through which we’re going to view where these characters are in the trajectory of, essentially becoming gangsters?’

“So, this season, we knew that we had spent a bunch of time building Alton to get him organically back into Franklin’s life and to kind of have their relationship in a pretty good place. We knew we wanted to explore that through the lens of Alton’s view of what’s happening to his son and to the neighborhood.”

Early in Season 4, Franklin and Alton seem to be on the right path, with the pair gingerly re-establishing a bond over their love of kung fu films. Along with Franklin’s mother Cissy (Michael Hyatt), the Saint family unit finally feels whole, only to see things fall apart when Franklin discovers that it’s Alton who’s been detailing his operation to reporter Irene Abe (Suzy Nakamura).

“(Alton’s) relationship with Franklin is very volatile,” said star Damson Idris. “Every now and then one would give the other an olive branch to try and make amends, and they both do it to make Cissy happy. You look at scenes like Episode 1 where Alton wants him to sit down and watch Bruce Lee again, that’s a beautiful scene. It’s nostalgic for Franklin and for the first time in so long he calls him ‘Dad.’

“To get through the season, where we finally see the betrayal, where he strikes his dad … it just shows the dynamic of these characters. They’ve literally morphed from father to son, to mentor to mentee to enemies, and I can’t wait to see what happens next.”

For Idris, filming the intense familial scenes was aided through a strong off-camera relationship with both Carroll and Hyatt.

“When I met Kevin in Season 1, I always knew he was a theater buff, so I was kind of infatuated with him and Michael Hyatt,” Idris said. “Most of the joy in working with someone like that is when we’re sitting in our chairs before actually going on set. The wisdom that they give me – they really are like my mom and dad for real! They don’t give you notes but … they give you notes.”

Another element Idris enjoyed exploring in Season 4 was that, for once, Franklin didn’t have all the answers, as his attempts to control both sides of the brewing war in his neighborhood had disastrous consequences, forcing him to scramble to stay on top. 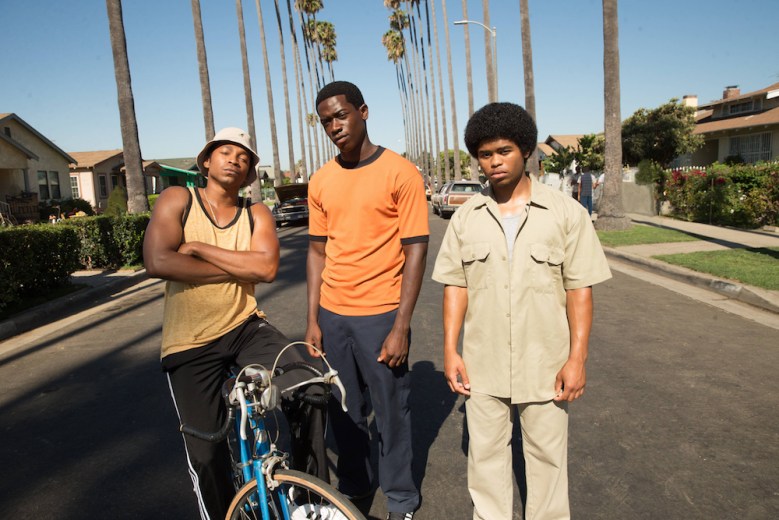 “He stopped being James Bond,” Idris says. “James Bond always wins. Franklin loses. That payoff is brilliant and that’s testament to Dave and the all the writers on the show. They were able to make viewers believe that Franklin wasn’t going to get through this. His vulnerability was something I also enjoyed playing with this season. The beginning of the season was interesting for me, because he makes the decision to play both sides and it backfires, and he becomes the target. It was fantastic to not know what was going to happen.”

From Andron’s perspective, Season 4 of Snowfall was unique in that it was bisected by the COVID-19 pandemic, giving the team time to breathe and develop the second half of the season away from the breakneck pace of normal TV production.

“If there was any kind of weird silver lining to this whole thing, it’s that we shut down about halfway thru episode 4 in mid-March. We had written through episode 8 or 9. It gave us a tremendous amount of time,” Andron said. “For me to be able to take the scripts and kind of layer and rework … combing through them, fine-tuning and honing all the scenes and dialogue, finding little connections. Our show is a lot of moving pieces, a lot of characters and a lot of story lines intersecting. To have the luxury of those six months, to get everything as tight as we could possibly get it was an amazing kind of blessing.”

As the saga of Franklin Saint steers into Season 5 after a figurative drop-the-mic moment in which he sheds the cane he carried throughout Season 4, this conflicted character shepherded to the screen by the late John Singleton has grown into a pop-culture icon with a devoted fanbase. For Idris, the success of the show and character has been an amazing journey that he is thrilled to continue. 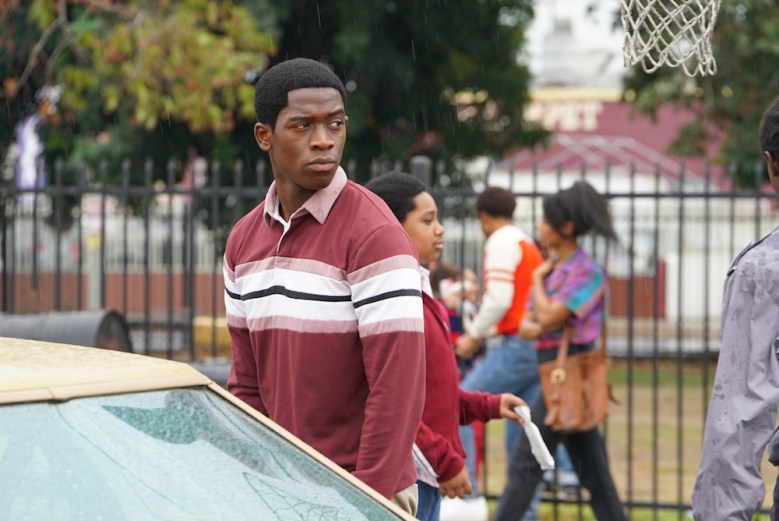 “In Season 4, I looked at it as a chance for Franklin to grow and kind of move through from boy to man. It’s exactly how as an actor I am moving from boy to man,” Idris said. “On one hand, (the success) has surprised me, because I can’t believe it’s me. On the other hand, I’ve always had the philosophy that everyone prepares for failure, and no one prepares for success.

“I looked at the actors who played characters like this and it’s why I so badly wanted to play the character. I knew if it was done right, that one day Franklin Saint and many of the characters in this show would stand alongside the likes of the Michael Corleones, the Tony Montanas, the Frank Lucases. So, to see that coming to fruition, to see the reaction I get from people from all walks of life — when they see me and they go, ‘Franklin!’ It’s remarkable. Yes, the bar is really high, and that’s scary, but at the same time, it’s exciting.”