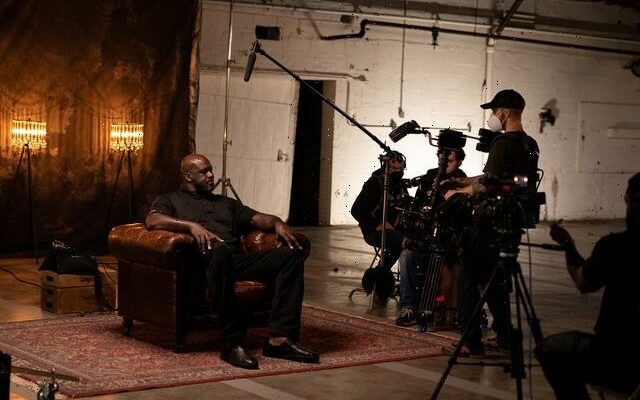 “Shaq” knows what Shaq knows: In sports, the only real truth is what you see in front of you. On a field, on a court, in a record book, what you know for sure is the result. Anything else is fodder for a narrative.

In the life of Shaquille O’Neal, there have been plenty of opportunities for mythmaking along the way. From a childhood in a military household to breakout high school and college star to a roller-coaster, Hall-of-Fame NBA career, O’Neal has a wealth of stories for every chapter. Not all of them make it into “Shaq,” the four-part doc series premiering this week on HBO, but you could hardly ask for a better tour guide through a life that’s spanned the worlds of TV, movies, music, advertising, and, yes, basketball.

Director Robert Alexander knows that it’s not enough to just rely on a charismatic central figure for a sports doc like this. The best of those fit the mold around the person they’re profiling, rather than the other way around. So rather than try to use a one-size-fits-all model, “Shaq” approaches each of the four eras of his life — ascension, glory, waning, and reinvention — with a completely unique style. The best example is the second episode, which intercuts each new conversation and introduction with comic-book style animation and speech bubbles, a marked difference from the energetic and staid chapters that bookend it.

There are so many sports docs that try to match subject and style the way some people try to match songs to a mood. The ESPN series “The Captain” took a stately, buttoned-down approach to Derek Jeter because that’s how you’d expect a media-savvy star-turned-executive to present himself, in the same way you’d reflexively pick a moody minor-key ballad to soundtrack a rainy day. We know how all those things to go together.

Instead, “Shaq” recognizes that the Big Aristotle’s personality and reach go well beyond his storytelling technique. His interviews here have the polish that he explains comes from having a sergeant for a father and from years of private media practice during his college years. The timbre of O’Neal’s voice rarely changes, but Alexander is able to tap into the distinct energy that comes with each tiny change in the emotional shades on display. O’Neal is dynamic enough to go from excitement to resentment to goofball, just by changing the size of his smile or the length of his pauses. “Shaq” is always ready to shift right along with him.

It’s a fascinating inverse of “They Call Me Magic,” Apple TV+’s Magic Johnson doc series from earlier this year. During his college and NBA days, Johnson excelled at embracing his status as a media darling, more a golden child than a court jester. More time has passed since the end of his career — O’Neal’s rookie season came not long after Johnson’s last full season — so “They Call Me Magic” has a nostalgic haze to it. O’Neal’s career has been finished for barely a decade — he was still playing when this cemented him as an early Twitter legend — which makes this project feel closer to a time capsule. O’Neal does not come across as wistful. If anything, he has the skill to make his own past seem far closer.

And that all gets enhanced by the idea that O’Neal has never been known to shy away from the sensational. “Shaq” isn’t exactly the “F for Fake” of sports docs, but there’s that quick acknowledgment up top that a good story is what makes for a good story. In a strange way, that’s enough to give this a more natural grounding than any of the other single-subject sports doc series to arrive so far in 2022. “Shaq” leaves room for disagreement, alternate recollections, and even the times when O’Neal used the exact same words to describe something in a different interview decades before. That somehow feels a lot closer to the truth.

Another way that “Shaq” emerges from the shadow of its doc peers is in finding a balance between being aimed at existing fans and being a down-to-the-roots explainer. There are enough tiny nuggets for those who know where to look and listen. (Maybe the best example: “Shaq” includes audio from Ernie Johnson as a young sportscaster and footage of an on-court shoving match with Charles Barkley. Both would go on to be O’Neal’s deskmates on the TNT studio show “Inside the NBA.”) “Shaq” only really dips its toes into the weeds on technique or the Triangle Offense. But when the time comes to revel in O’Neal’s championship success, Alexander opts for a more abstract, emotional representation of the moment rather than just a rote set of highlight clips.

Maybe most crucially, “Shaq” shares O’Neal’s sense of humor. When he’s talking about his partying days as a younger player, a giant [REDACTED] flashes across the screen. Alexander dots in sound effects to go with O’Neal’s improv-worthy spacework. No franchise has been dismissed quite like the Clippers are here, when O’Neal casually swats them away as “bums.” At one point, O’Neal calmly states “One of my superpowers is I can stop time” with the confidence of someone who’s not only done it, but done it often.

Many viewers will likely gravitate to this doc curious about the relationship between O’Neal and Kobe Bryant, his championship Los Angeles Lakers teammate. Bryant’s death in 2020 means that “Shaq” doesn’t get quite the full scope of their interpersonal rise and fall. But as “The Captain” showed with Jeter and Alex Rodriguez (a similar case of generational players whose partnership was fractured by public feuding from a shared locker room), those things are ephemeral even if you get both versions directly from the source. “Shaq” is more effective by drawing inspiration from its subject, rather than seeming like it’s in service of him.

The other documentary-level insights here aren’t triple-underlined either. Early on, when describing a time in his childhood in Germany, O’Neal prefaces it by saying “I hate using this word ‘depression.’” He shares a story about Mahmoud Abdul-Rauf like he’s giving the audience an exclusive. To him, one coach’s gift of a philosophy book is something that leads to a self-given nickname and a new branding opportunity, all done without barely cracking open the pages. With so much already in the public consciousness about O’Neal as a basketball player, “Shaq” seizes on a much more satisfying target: how a master showman sees himself.