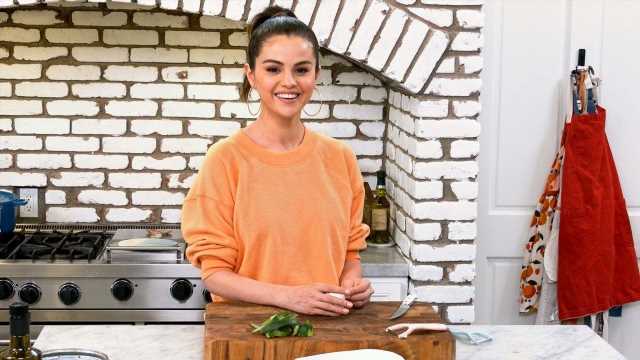 Selena Gomez and her celebrated rainbow-colored knives are gearing up to make some new meals. The songstress’ popular cooking show will be returning for a whole new season of celebrity chefs and delicious dishes!

HBO Max announced on Friday that Selena + Chef has been renewed for a third season, and new episodes of the hit unscripted series will be debuting on the streaming platform later this year.

The show, which features Gomez learning how to cook new recipes from her home, will bring together a brand new roster of celebrity chefs and world-renowned cooks. Admittedly not the best cook, the singer does her best to follow along as she receives virtual instructions on how to make various meals.

As with previous seasons, each of the chefs are set to highlight a different charity they’re passionate about.

According to HBO Max, Gomez’s show has raised an impressive $360,000 for 23 different nonprofit organizations over the first two seasons.

Over the course of the series, Gomez has grown her talents in the kitchen after working with acclaimed culinary artists including Angelo Sosa, Antonia Lofaso, Candice Kumai, Daniel Holzman, Jon & Vinny, Ludo Lefebvre, Nancy Silverton, Nyesha Arrington, Roy Choi, and Tanya Holland, among many others.

Season 2 of Selena + Chef is now streaming on HBO Max for those who want to improve their cooking skills alongside the celebrated singer.