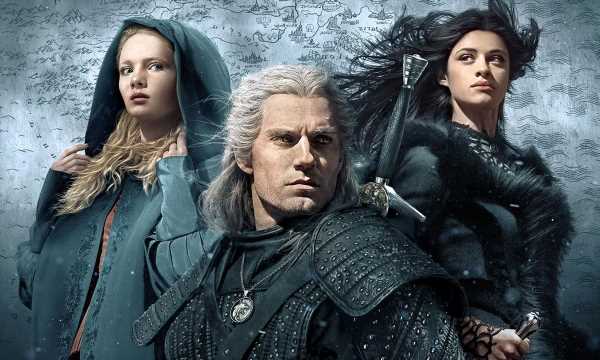 We couldn’t be more obsessed with The Witcher which recently returned to screens with its highly-anticipated second season. The hit Netflix drama follows Geralt of Rivia, a mutated monster-hunter for hire, as he journeys toward his destiny in a turbulent world where people often prove more wicked than beasts and has got everyone talking thanks to its epic battle scenes, steamy love triangle and, of course, the incredible cast.

But what do the cast look like when they’re not in costume for the show? Keep reading to see what the cast of The Witcher looks like in real life…

WATCH: Are you watching The Witcher season two?

Hollywood star Henry Cavill leads the cast as Geralt of Rivia, a magically enhanced monster-hunter known as a witcher. The 38-year-old is most recognisable for his lead role in Man of Steel, which is the highest-grossing standalone Superman film to date, but has also starred in the likes of Mission Impossible – Fallout and Enola Holmes and will appear in the upcoming Highlander reboot.

Freya Allan stars as Ciri, the crown princess of Cintra, who possesses a mysterious power that extends beyond the throne. At 20 years old, she is still very much a rising star, but viewers may also recognise her from her supporting roles in Third Day, The War of the Worlds and Gunpowder Milkshake.

Yennefer of Vengerberg is played by actress Anya Chalotra, who has previously appeared in the BBC series Wanderlust and The ABC Murders. She is also well known for her theatre voice acting work, lending her voice for the sci-fi audio drama The Cipher and animated series NEW-GEN.

Joey Batey, who is the voice behind the viral hit song Toss a Coin to Your Witcher from season one, plays Jaskier, a travelling bard who befriends Geralt and accompanies him on his path. Unsurprisingly, in real life, Joey is a musician as well as an actor and fronts the indie-folk band The Amazing Devil. His previous acting credits before The Witcher include Whitechapel, Strike and Stan Lee’s Lucky Man.

MyAnna Buring is a Swedish-born actress known for her roles in The Descent, Kill List and The Twilight Saga. Before taking on the role of Tissaia de Vries, mentor to Yennefer and the Rectoress of Aretuza in the Netflix series, she lent her voice to the role of Anna Henrietta in the third The Witcher videogame.

Australian star Eamon Farren plays Cahir Mawr Dyffryn aep Ceallach, a Nilfgaardian army commander. He first came to prominence to US and UK audiences for portraying Richard Horne in the 2017 revival of Twin Peaks but has been well known in Australia for more than a decade. Recently he has appeared in the movies The Dig and Lingua Franca as well as the 2018 TV adaptation of Agatha Christie’s The ABC Murders alongside his The Witcher co-star Anya Chalotra.

Playing the sorceress Triss Merigold is actress Anna Shaffer who once had a scene-stealing role in the Harry Potter franchise! In Harry Potter and the Half-Blood Prince, she played a student named Romilda Vane, who tried to use a love potion to make Harry fall in love with her. She also reprised her role in the final two films in the series. She has also appeared in British soap Hollyoaks and the BBC shows Glue, Class and Fearless.

Kristofer Hivju plays fan favourite Nivellen, an aristocratic old friend of Geralt’s named  Nivellen, who has been transformed into a beast through a powerful curse. Although quite unrecognisable in The Witcher, viewers may recall that the Norwegian actor also played Tormund Giantsbane in Game of Thrones, Tormod in Lilyhammer and Connor Rhodes in The Fate of the Furious.

British-Zimbabwean actress Mimî M. Khayisa stars as Fringilla Vigo, a sorceress who trained alongside Yennefer. Even though she only landed her first on-screen role six years ago in 2015, Mimî has appeared in several blockbuster films, including Star Wars: The Rise of Skywalker, Cinderella and The Legend of Tarzan.

Graham McTavish who stars as Dijkstra, the head of Redanian Intelligence, is also known for playing Dwalin in The Hobbit film trilogy, The Saint of Killers in the AMC series Preacher, and Dougal Mackenzie in the Starz series Outlander.