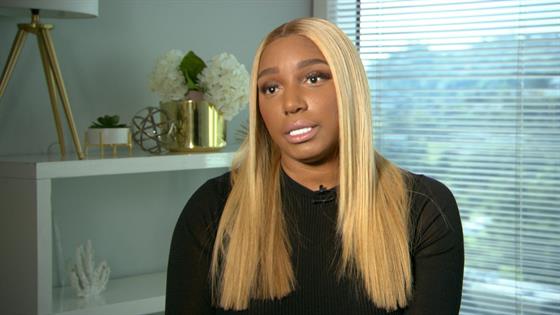 Can NeNe Leakes and Cynthia Bailey work out their issues?

The former BFFs and feuding co-stars finally sit down to hash things out in this exclusive clip from Sunday’s all new The Real Housewives of Atlanta. After months of fighting and talking bad about each other to friends and the press, the duo have a heated exchange.

“You had been out doing several interviews before I did one,” NeNe tells Cynthia. “You did that, OK? And you need to take responsibility for what you did.”

“It does matter! Lemme tell you why it matters, because you’re supposed to be my sister, remember?” NeNe says. “You did seven interviews, Cynthia. You know me well enough to know that I take my friendships very serious.”

“Girl, when you get mad at your friends you’re the first one to try to tear them down,” Cynthia retorts.

“Who did I tear down, Cynthia?” NeNe asks before Cynthia replies, “Anybody you mad at!”

Cynthia has one final message for NeNe during their dramatic sit-down: “You can sleep very well at night knowing this, NeNe: I am happy. I am at peace.”

“Have your moment,” NeNe says with an eye roll.

“It’s not even a moment honey, but if you’re gonna give it to me I’ll take it. Thank you very much,” Cynthia responds. Watch the tense exchange above!

The Real Housewives of Atlanta airs Sundays at 8 p.m. on Bravo.

(E! and Bravo are both part of the NBCUniversal family)