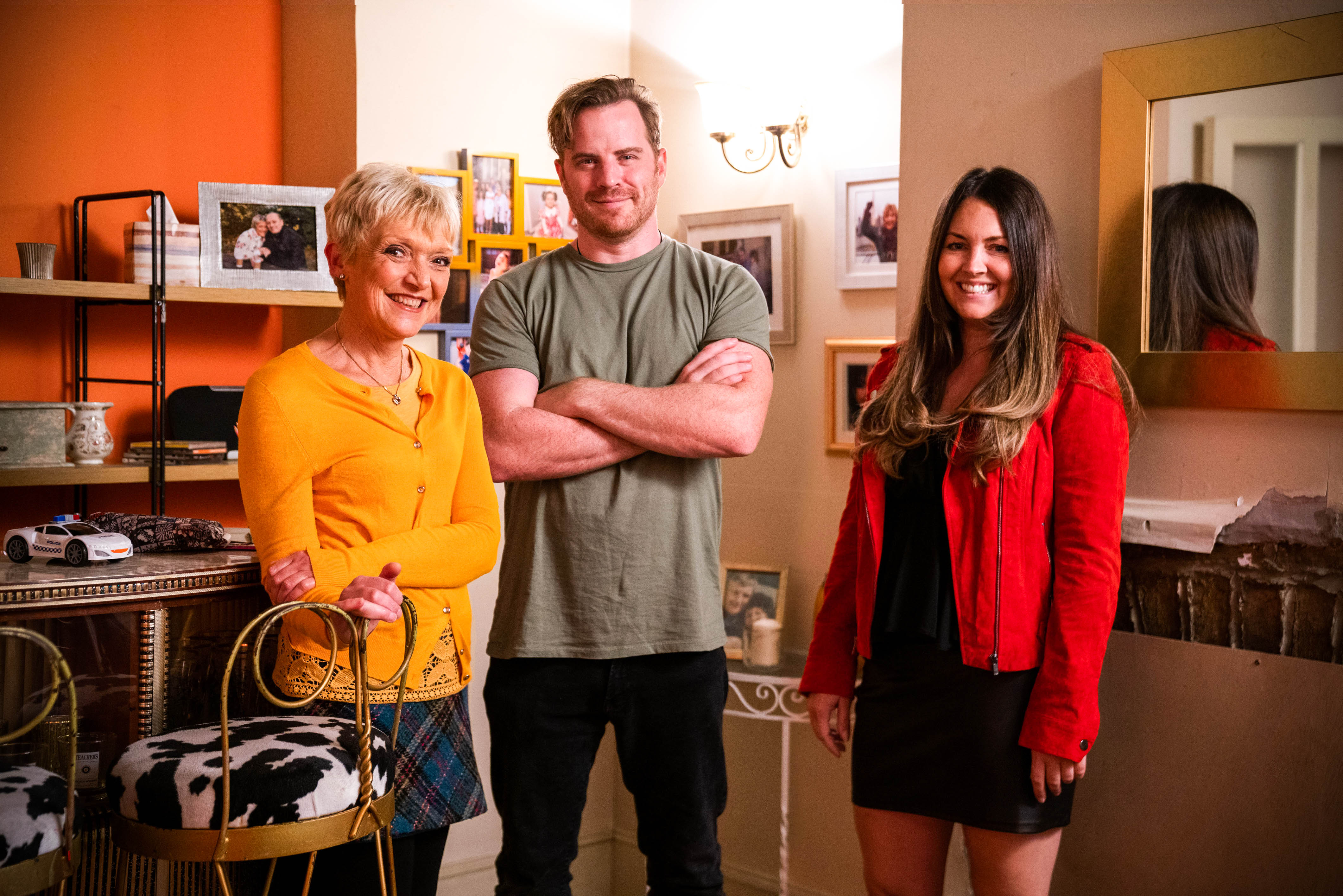 Sean Slater surprised fans by returning to EastEnders this evening, as actor Rob Kazinsky reprised his role for a one-off appearance.

The popular character, who was last seen two years ago, was summoned to Walford by mum Jean (Gillian Wright).

Jean, as viewers know, was left unsettled last week to discover that Stacey (Lacey Turner) had married her cellmate Eve Unwin (Heather Peace), who rocked up in the Square on Friday.

Fearing that Eve would inevitably bring trouble for Stacey, Jean vowed to do whatever it took to get rid of her, demanding that she move out at once.

With Stacey refusing to heed her request, Jean was left with little choice but to get in touch with her beloved son Sean.

Eve, meanwhile, did her best to persuade Jean to give her a chance, but her pleads were of little use.

‘You can come out now!’, yelled Jean amid a showdown with her new daughter-in-law. Sean emerged from her bedroom, and proceeded to challenge Eve, informing her that if she really cared about Stacey, she would leave well enough alone.

Eve, at first, did all she could to persuade Sean she meant no harm, and the two ultimately bonded, realising that they’re more similar than they initially thought.

But Sean’s words hit home for Eve, and thus she made a swift exit. Stacey, meanwhile, returned to No. 31 to find her new wife absent.

Sean’s presence caused her concern, and it didn’t take her long to realise that her brother and her mum had been meddling in her marriage.

After berating the pair of them, Stacey revealed that Suki Panesar (Balvinder Sopal) was threatening to evict them once again, and without Eve’s legal expertise, they’re in a bit of a pickle!

‘You never told me that?’, said Sean to Jean, realising he probably should’ve consulted with Stacey before making any decisions on her behalf.

Stacey headed off to locate her wife, while Sean departed once more, telling his mum that he’ll miss his train if he doesn’t hurry.

Bet you didn’t see that coming!

One of the finest characters in EastEnders history, it’s safe to say that Sean is a fan-favourite, and it was great to see him on our screens once again.

Until the next time!

EastEnders continues Tuesday November 2 at 7:30pm on BBC One.