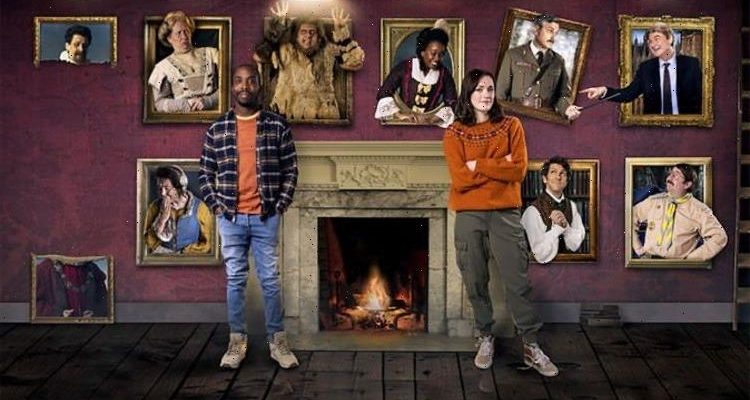 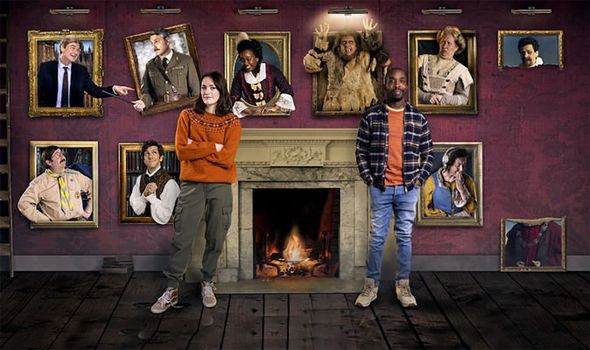 The actor, who also appears in Bafta-Award-winning comedy Stath Lets Flats, spent a week preparing intensively for the audition in the BBC One situation comedy. But then fate threw him a helping hand Following an initial audition, Kiell, 32, got a recall for a “chemistry test” alongside four different potential Alisons. And when the brilliant Charlotte Ritchie, star of Call The Midwife and Fresh Meat, walked in, they realised they’d met before, though they couldn’t put their finger on when.

“We were both trying to work it out and tell bits of the story [to the casting team] and I think they saw something in that. And that was before we’d even done the scenes.”

Ghosts is a game changer. Laurence Rickard once explained how, as children, he and his fellow writers and stars of the hit comedy loved watching series such as Blackadder and Fawlty Towers with their parents. But “sometime in the 90s, comedy became something that adults watched at 10pm and there were children’s shows that children watched. It was a split – and it never really came back together again”.

Ghosts is not only a family-friendly sitcom that delights viewers of all ages but it’s so brilliantly written and performed that it’s a British comedy classic in the making, as unmissable as the shows that inspired its writers.

Ghosts tells the story of Alison Cooper, a 30-something who unexpectedly inherits crumbling stately home Button House, and moves in with husband Mike only to find it teeming with squabbling ghosts, from a Stone Age caveman to a disgraced Tory MP. Alison can see and speak to the ghosts, having survived a near-death experience, but Mike can’t.

The jokes come thick and fast, the acting is superb, the storylines are warm and big-hearted but also, as we learn about the ghosts’ untimely deaths, moving and poignant.

Ghosts also features magnificent comic performances from Lolly Adefope and Katy Wix. But at the heart of the series are Alison and Mike.

Kiell, who is chatting to us on a video call from his London flat, explains that he and Charlotte Ritchie have a strong bond, he says. “”here are times when Charlotte and I would even see each other on the weekend. We go to a mutual friend’s birthday and we still spend the whole time chatting to each other, it’s great. Charlotte is easily in my top three nicest people I’ve ever met. Don’t tell her that. That’s just between you and me. She’s really funny, we had a similar upbringing where our siblings are a lot older than us so we were only children in the sense of being the only child in the household. And we have a lot in common in terms of music taste and sense of humour.”

In series three, Alison and Mike are attempting to turn their stately home’s gatehouse into a guest house. “But there’s also an unexpected guest,” says Kiell. “It’s a real journey that Alison goes on and we get to see a more emotional side of her.”

At times, life can seem a little lonely for Mike, excluded as he is from the ghosts” antics. Kiell agrees. “”here’s an episode this series where we see the jealousy from Mike who’s like [to Alison], ‘Well, you’ve got all your friends all the time and you’re chatting to them and I don’t know what’s going on’.”

It’s not easy playing a character who has to appear oblivious to the mayhem forever unfolding around him but Kiell nails it.

“The comedy of Mike’s character is that he’s quite hopeless,” he adds.

“He tries hard but he doesn’t get things right, like banging a boiler with a hammer rather than actually trying to figure out how to work it.” (Mike can’t hear the chorus of 14th century plague victim ghosts who live in the cellar and share the highly technical boiler repair advice they’ve picked up over the years).

East-London-born Kiell has wanted to be a comedy actor since the age of five when he played an innkeeper in the school nativity play. He startled everyone by screaming his line, getting such a big laugh that he decided acting would be even more fun than being “an astronaut or a shark”.

He later spent three years training at drama school and, after graduation, his plans to work in theatre were side-lined by unexpected TV roles.

Predictably, the filming of series three was disrupted by the pandemic. The cast were divided into three cohorts of three or four actors which were reset week by week “so you could stand next to someone else”. Filming Ghosts looks like the most tremendous fun imaginable (Google the outtakes to see how often the cast struggle to keep a straight face). “It’s so much fun,” agrees Kiell. “”he people are so great and it’s rare to work with a group of actors for so long and nobody’s annoying. I’ve got that in both shows that I’m a regular in, Ghosts and Stath, and it’s fortunate to find people you actually want to spend time with outside of your 12-hour shooting day.

“When we were allowed [pre-pandemic], we were going to the pub after work and having a meal and chatting and chilling in the hotel bar, hanging out and enjoying each other’s company.”

His favourite episode of Ghosts is the burglary episode. Alison has gone out for the evening; two gormless burglars break in and the ghosts are faced with the challenge of alerting clueless Mike…

“It’s so good. It was the most fun to film as well. There’s a lot of very silly people on the set and the boys especially, when they’re all together – everyone was just being ridiculous. It felt like when a teacher goes out of the classroom.”

Which Ghosts actor is most similar to the character they play? “Ben [Willbond, as a Second World War Army captain] – he’s very well organised and seems like a natural leader.” He laughs and adds, “Imagine if I said Larry [Rickard] is like Robin [the caveman]…”

Which actors make him laugh the most? “that’s tough. But in series three, I spent a lot of time with Simon [Farnaby]. I spent his wedding anniversary with him and it was just the two of us that day. ‘Shall we get a bottle?’ He’s worked with some very famous people and he’s got a lot of good stories.

“Quite a lot of people in the show have funny bones. But Jim [Howick] is one of those people – and I feel this about [Stath Lets Flats’] Jamie Demetriou as well – who can make anything they do funny. He knows how to do something with a word or a line that nobody else would think of.”

“Kiell is committed to Ghosts for as long as it runs. “I love the show and I love the character. I’d dfinitely stick around. It’s so much fun and series three is going to be great.”