The former I'm A Celeb star and her husband Tom Mair's baby joy comes just months after they went through a devastating miscarriage. 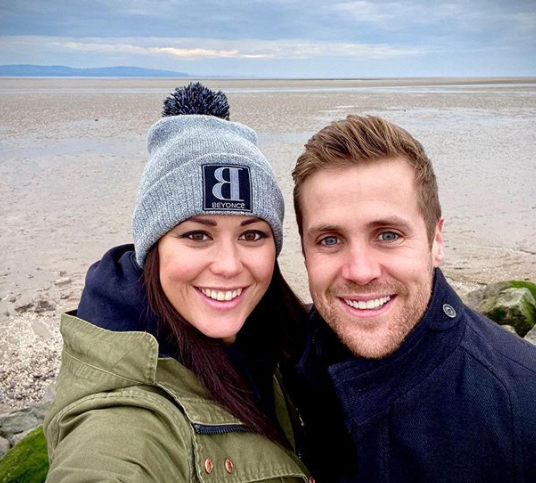 In a new interview with OK! magazine, Sam, 32, said: "It’s been quite surreal because we’ve kept it private.

“Being able to talk about it, it now feels real. I’m really, really excited."

The couple, who wed two years ago, had kept their miscarriage secret but now feel the time is right to raise awareness.

At the turn of the year, after a year of trying, the couple found out Sam was five-weeks pregnant.

But another five-weeks later the couple were left devastated when Sam miscarried.

Remembering the painful time, Sam said: "I didn’t want to speak to anyone. I had guilt and shame that it was my fault.

"I was looking back at everything I did during pregnancy and replaying every single minute.

"I put it all on me and my body. But I never said that to Tom at the time."

The pair had a huge row three months later that cleared the air and led them to try for a baby again.

Lockdown came as a blessing for the pair, who saw their schedules free up as they reconnected at home.

It didn't take long for Sam to fall pregnant and now the couple will become first time parents in February.

The Exorcist is getting a brand new trilogy, but without Linda Blair
Celebrities