Burton, newly wed to Taylor after their affair on the set of epic film Cleopatra, signed on to play the Danish prince in a fabled production directed by Gielgud in New York.

On opening night in April, 1964, scores of police hemmed in crowds who were as eager to catch a glimpse of Taylor entering the Lunt-Fontanne Theatre as they were to see her husband as the depressed Dane. 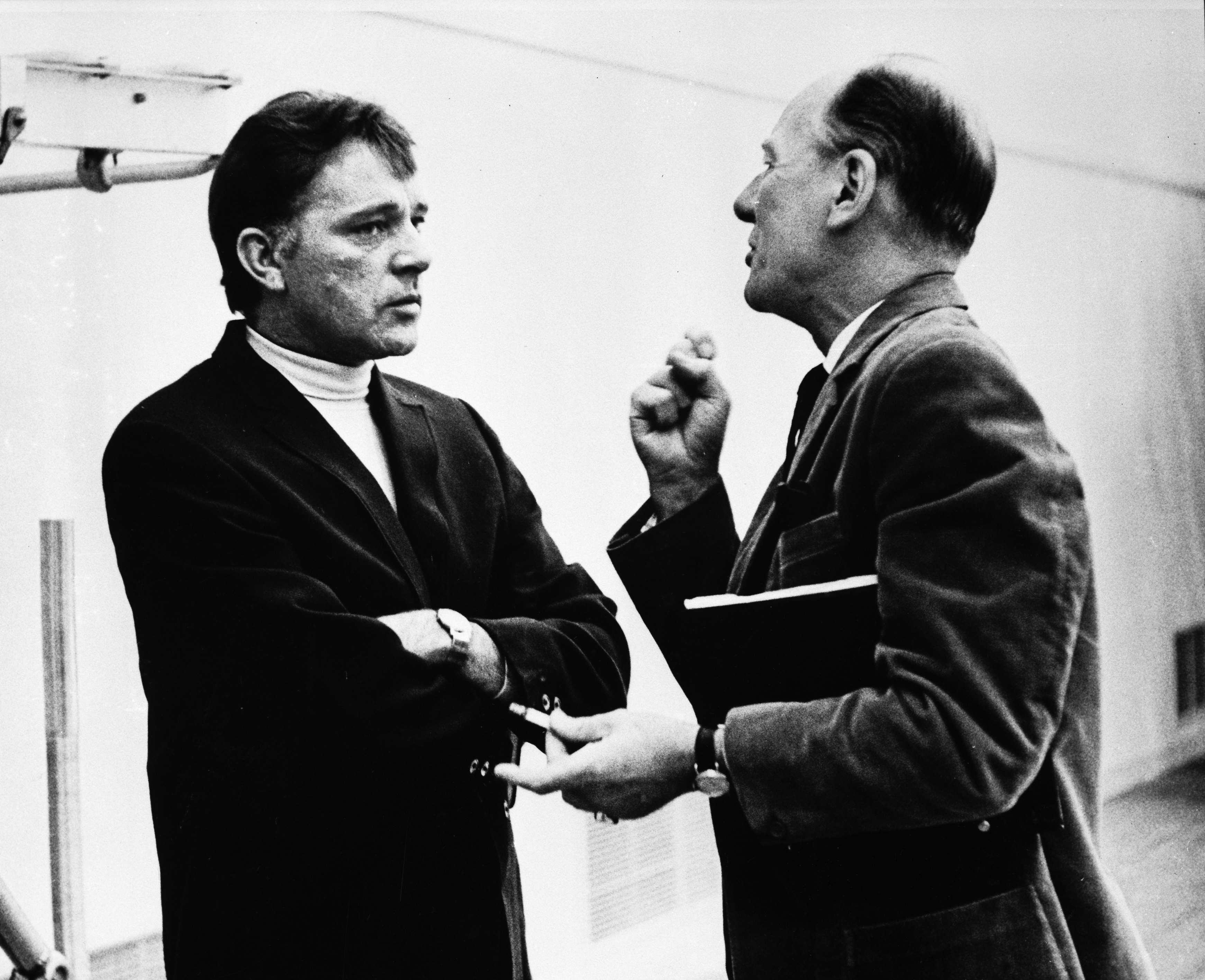 Oscar-, Tony- and Olivier-winning Mendes will direct The Motive and the Cue at London’s National Theatre where it will open at the NT’s Lyttelton Theatre in May, 2023. Mendes secured Flynn to play Burton and Gatiss to take on Gielgud several months ago, but his search for an actress to portray Taylor was interrupted due to him launching his acclaimed new film Empire of Light at the Telluride and Toronto Film Festivals.

Taylor was the biggest movie star in the world in 1964, said Caro Newling, who founded Neal Street Productions with Pippa Harris and Mendes. “She was a huge star and so were Burton and Gielgud,” Newling told us. 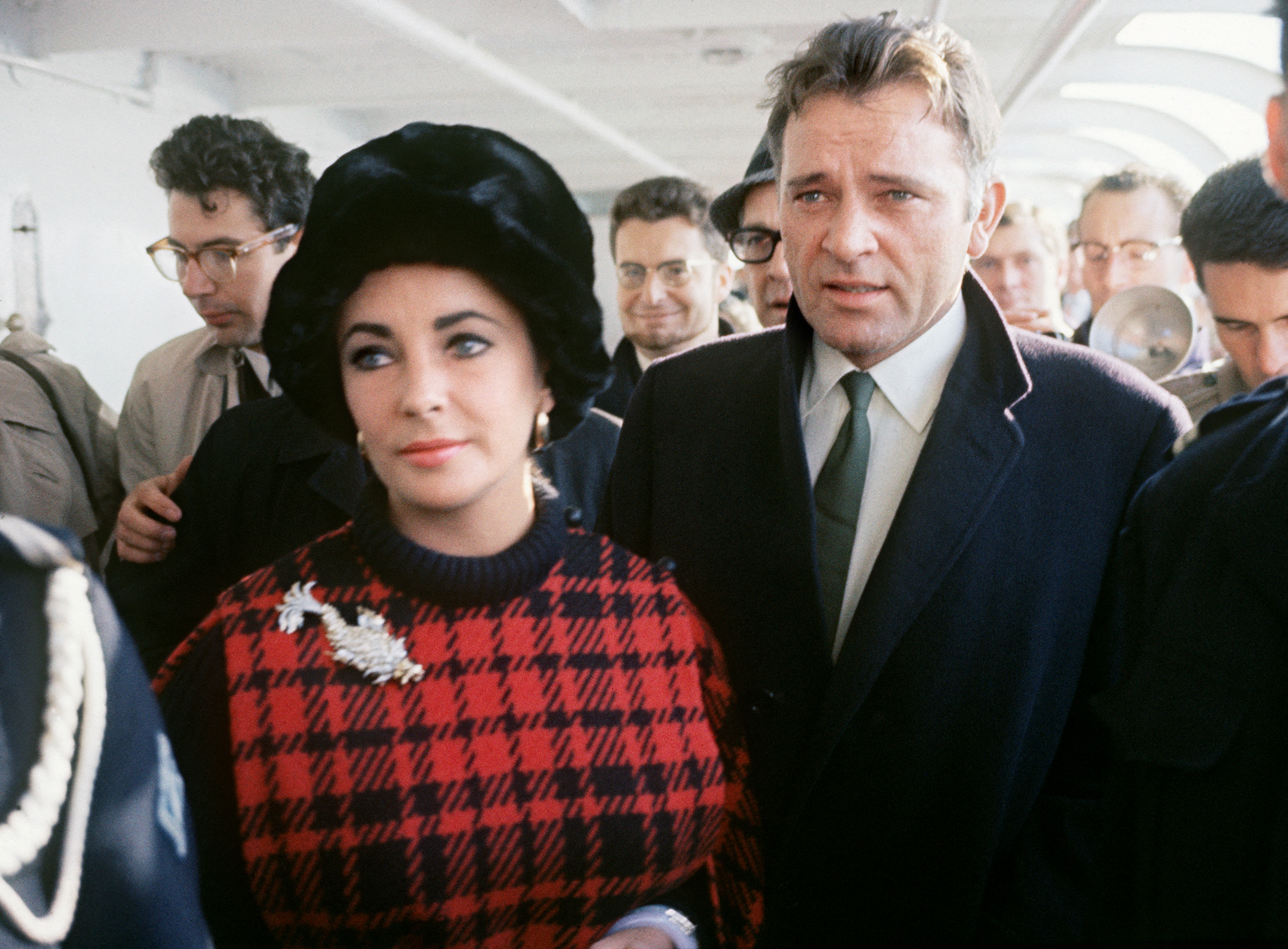 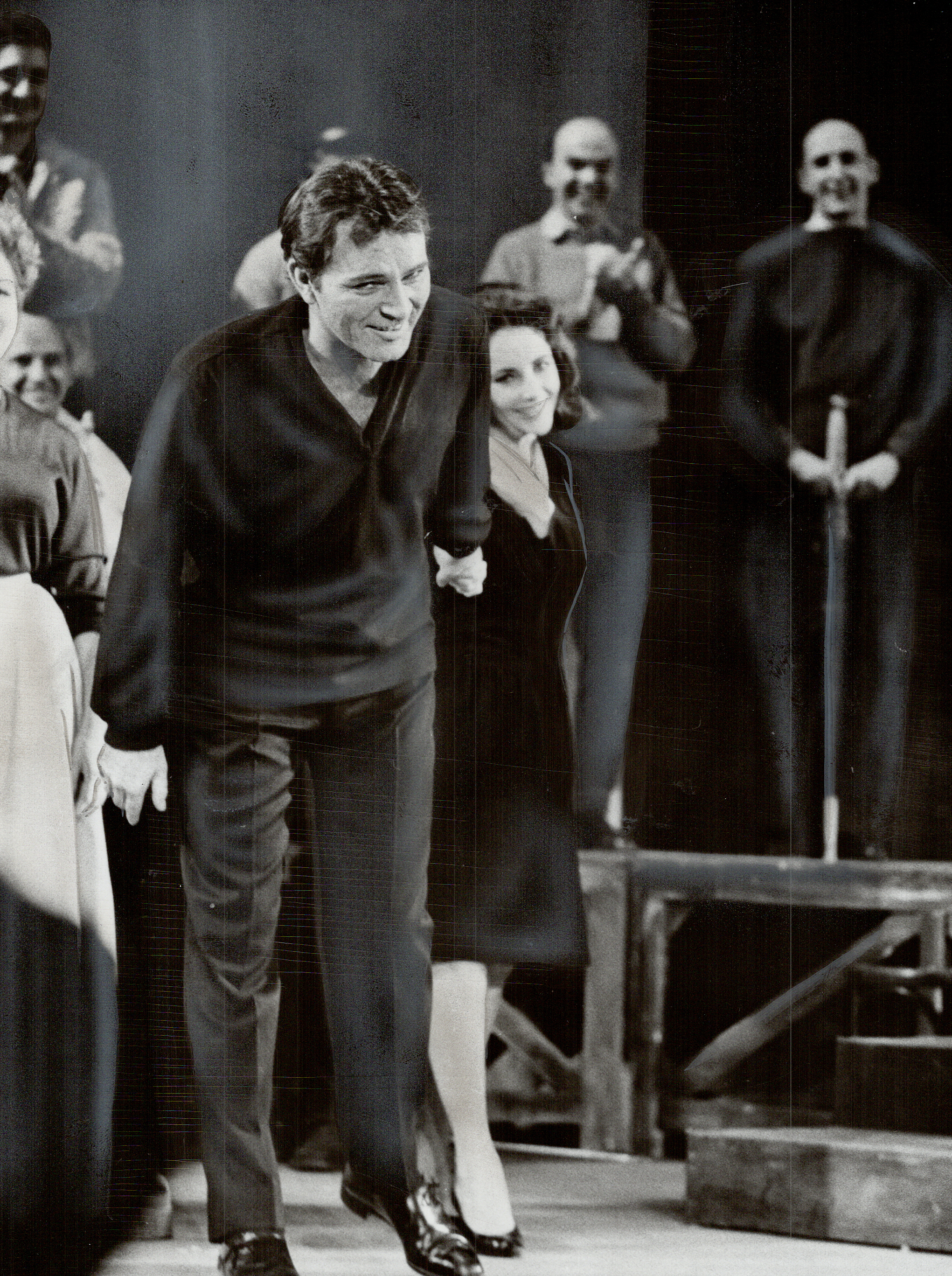 Mendes and Newling originated the project during lockdown with Newling later turning detective to track down out-of-print books, and archive material about the 1964 Hamlet. Neal Street, the All3Media-owned indie founded nearly 20 years ago, then commissioned Thorne, writer of His Dark Materials and Harry Potter and the Cursed Child, to pen The Motive and the Cue — its title is taken from a passage in a soliloquy in Hamlet. The play’s been developed and co-produced by the National Theatre and Neal Street Productions.

Flynn, adept on stage as he is on screen, was marvelous in the original Royal Court and West End productions of Martin McDonagh’s play Hangmen. “This feels like a beautiful story to tell now about why we tell stories and why we revisit certain stories,” Flynn told Deadline in a statement regarding The Motive and the Cue.

Gatiss, who won an Olivier Best Supporting Actor trophy for his role in Patrick Marber’s National Theatre adaptation of Turgenev’s poignant comedy Three Days in the Country, said he was thrilled to be part of “this terrific company” and “not a little over-awed to be playing Sir John. The play’s the thing, though as someone once said!”

The actor praised Thorne’s “lovely, moving and sensitive piece, which we can’t wait to bring to the National.”

Middleton, recently seen in ITV series Our House and in Downton Abbey: A New Era, has performed in two Off-West End theater productions: The One and The Living Room. The actress will next be seen in feature, The Lord of Misrule. In comments for us, issued through the National, Middleton said that she’s “delighted to be portraying the iconic Elizabeth Taylor,” in her National Theatre debut.

Deadline broke the news of The Motive and the Cue heading to the National back in July and we’ve been keeping you up to date about the celebrated collaboration between the National Theatre and Neal Street Productions over the much garlanded play, The Lehman Trilogy, which is headed for London’s Gillian Lynne Theatre in January starring Michael Balogun, Hadley Fraser and Nigel Lindsay. 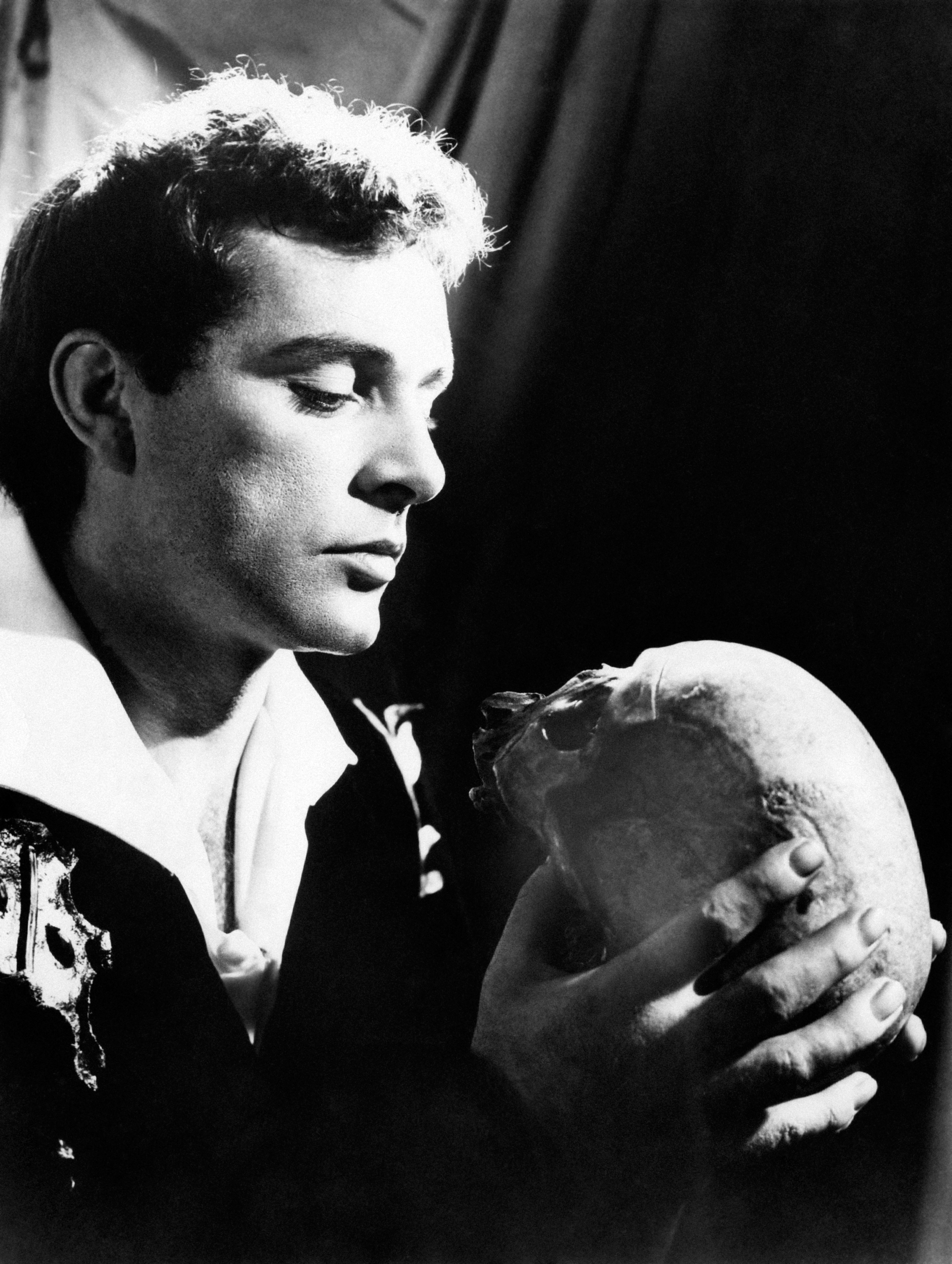 Newling and Mendes discovered two books: Richard Sterne’s John Gielgud Directs Richard Burton in Hamlet and William Redfield’s Letters From an Actor, both tomes chronicled Gielgud’s dressed-down adaptation of Hamlet and the often differing views Gielgud and Burton had about the troubled Dane.

The underlying rights to both books were acquired by the production. It has emerged as one of next year’s most eagerly awaited new plays. 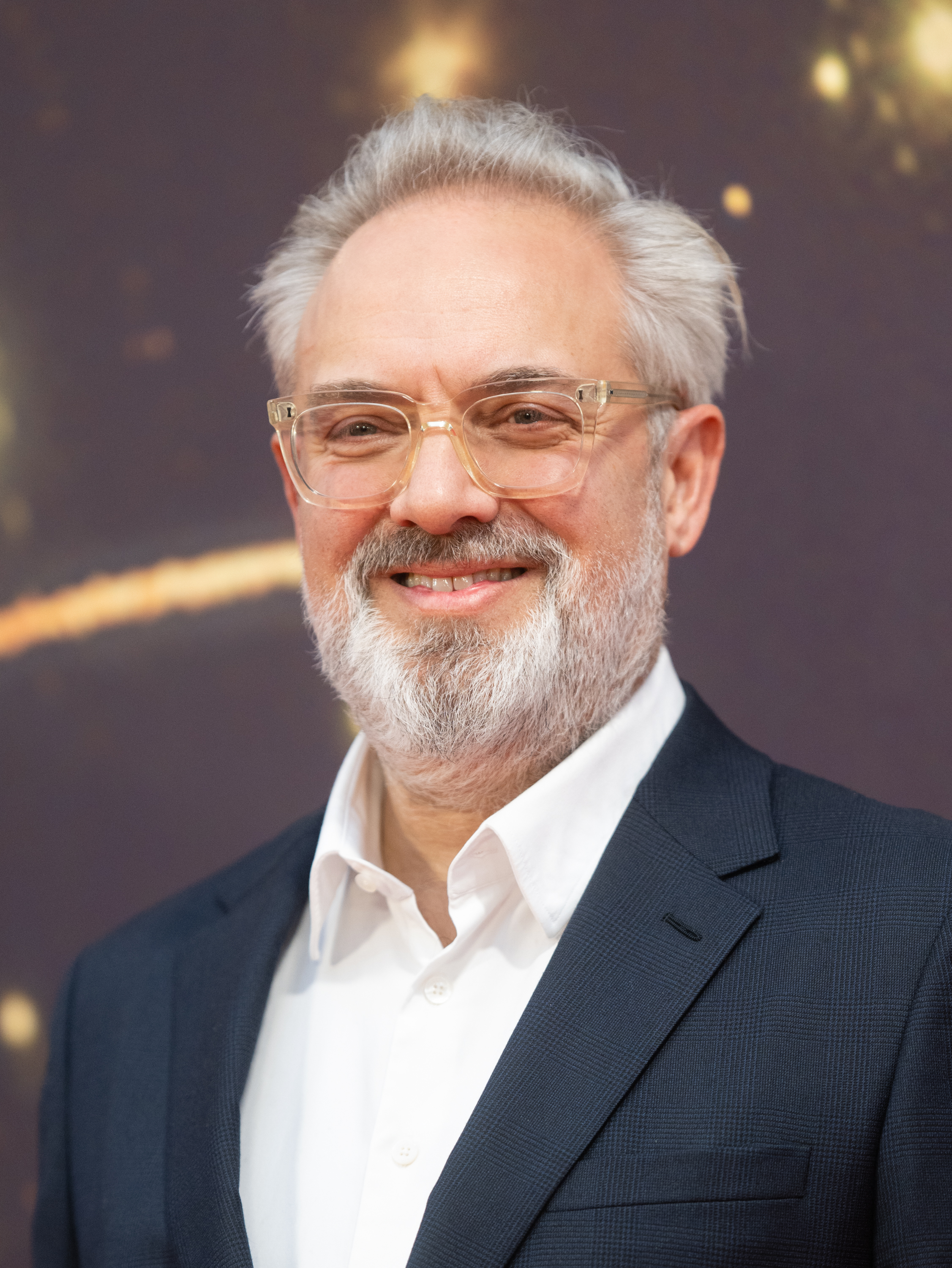 Filmmaker Comes Of Age During Era Of Auteur ’70s Pics: The Deadline Q&A