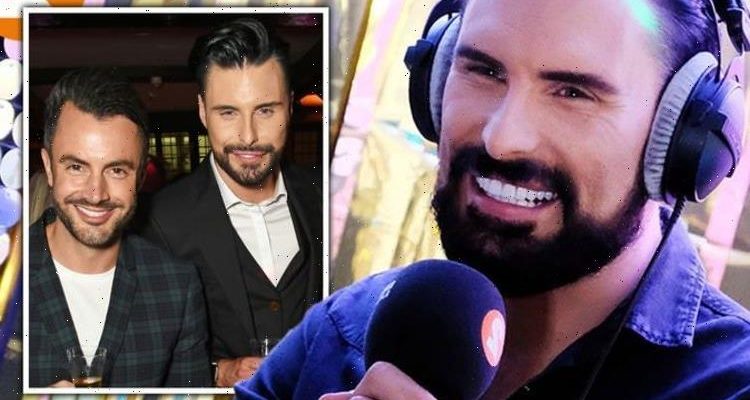 Rylan Clark-Neal is pranked on BBC Radio 1 in 2019

BBC Radio 2 host Rylan Clark-Neal took some time away from his broadcasting role after confirming he had split from husband Dan Neal. However, on Wednesday Zoe Ball announced the Strictly Come Dancing spin-off It Takes Two presenter would be returning to his usual radio slot on Saturday at 3pm.

The radio station tweeted: “He’s coming back! As @zoeball just announced, @Rylan will be returning this Saturday.”

BBC Radio 2 listeners were thrilled with the news as one replied: “I shall be listening you have been missed.”

Someone else shared: “@Rylan absolutely wonderful news delighted to hear you are coming back to @BBCRadio2 love your show.”

“Yay, I shall arrange my day so I am listening. Much love Rylan,” another wrote.

A third said: “Great news! We have missed you Rylan! Welcome back.”

“Welcome back Rylan. We are with you all the way,” a fourth added.

While another tweeted: “Marvellous, b****y marvellous! Stay strong and be strong you’ll be fine.”

Rylan and Dan hit the headlines earlier this year when the news emerged they had split after being married for six years.

The It Takes Two host took some time away from his BBC Radio 2 role as well as his other presenting duties.

In July, Rylan shared a message to his Instagram followers thanking them for their support.

He wrote: “I just wanted to write a message to thank you all for the love and kindness you have shown us.

“We are currently prioritising our mental health and looking after the ones around us we love most.

“I am working towards getting back to the jobs I love in due course.”

“Thank you for being patient with me,” he signed off.

Last Thursday, Rylan made a rare appearance on social media following news of his marriage breakdown.

The presenter took to his Instagram Story to post an advert with Amazon Prime Video which promoted Just The Two of Us with Scarlett Moffatt.

He wrote: “So guys, over lockdown, most of us have had quite a close relationship with loving our sofa especially while watching Prime Video.

“But there’s a certain lady who has taken that love of her sofa to the next level, have a little look at this…”

Rylan then shared a video clip of the Gogglebox star.

Rylan Clark-Neal returns to BBC Radio 2 on Saturday at 3pm.