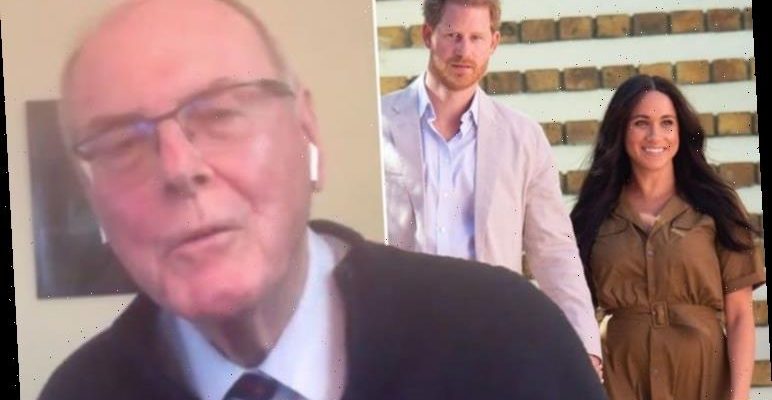 Royal photographer Arthur Edwards joined Kate Garraway and Ben Shephard on GMB on Friday and, of course, the big thing the trio spoke about was Prince Harry’s chat with James Corden. As well as an interview with Oprah Winfrey penned for release, Harry and wife Meghan Markle have been hitting headlines for their stints in the media following their Royal Family exit last year. But weighing in on the chat, Arthur claimed he was baffled by Harry’s insistence that “toxic” press was behind his departure, and admitted the atmosphere from his brother Prince William following his engagement was “much friendlier”.

Accompanying James on an open-top bus tour of Los Angeles, Prince Harry spoke about a wide range of topics for the presenter’s late-night talk show.

From his decision to relocate to LA with Meghan to Netflix drama The Crown, Harry opened up about a wide range of topics.

However, Arthur was keen to weigh in on Harry’s claims, insisting he was “surprised” by the interview and the royal’s subsequent decision to jet Stateside.

“It does surprise me actually,” Arthur began to Kate and Ben. “Because I don’t know where the ‘toxic’ has come from. 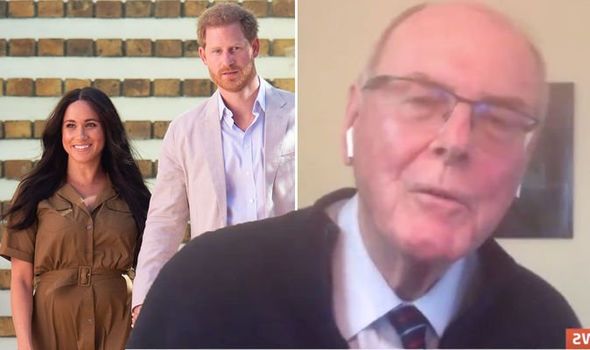 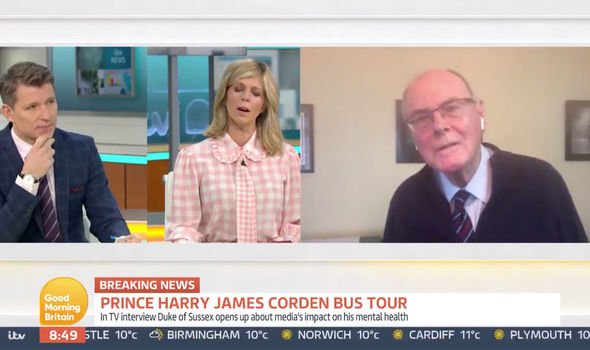 “It was only when he met Meghan that stopped, he never interacted with us again.

“We asked several times to meet Meghan but it never happened.”

Offering a different point of view, Kate asked: “Do you think maybe he felt protective of her in a way? 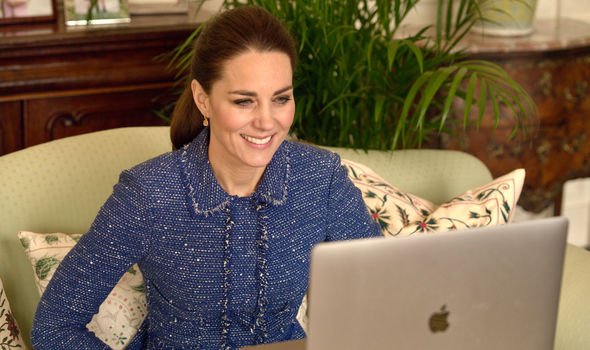 “You do change from being a young lad and soldier, you change when you’re suddenly a husband and father. Do you think it was a sense of protecting them do you think?”

But Arthur dismissed the line of questioning as he brought up how the Duke and Duchess of Cambridge endured no such problems.

“Well, William didn’t,” Arthur hit back. “When William got engaged to Catherine we all met Catherine.

“When William married Catherine we used to get invited down to Kensington Palace, we met George.

“It was a much friendlier atmosphere and Harry was very friendly, I saw James Corden making Harry a cup of tea, I remember Harry made me a cup of tea once.”

Joining Arthur on the panel to discuss Harry’s latest chat was also his pal and Royal Marines Veteran Mark Ormrod.

Offering a different stance, Mark weighed in: “I’m no expert on any of this, I don’t watch a lot of news,

“But I’ve met Harry, with the cameras and without them, and he’s a genuinely nice guy, he genuinely cares.

“He was on the frontlines with us and there after to support us – I have the utmost respect for him and he had to do what’s right for his family,” Mark said.

The GMB guest added: “I think losing that title of captain-general of a Royal Marine would be hard for him – but he’ll always be one of us.”

Prince Harry spoke to James as part of The Late Late Show and will be sitting down with Meghan for a chat with Oprah next month.

Good Morning Britain continues weekdays at 6am on ITV.