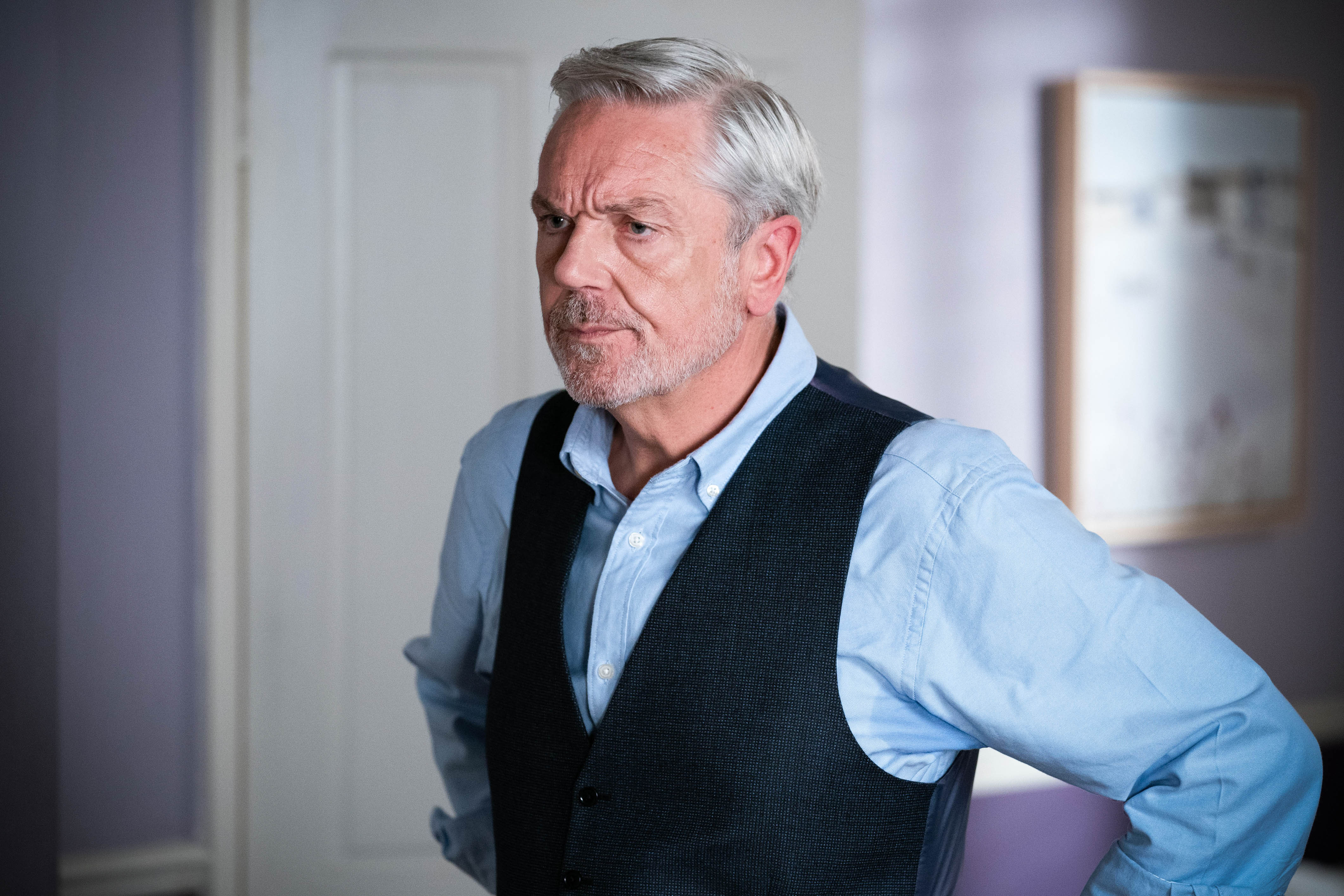 The Square’s resident scammer keyed gym-goer Ethan’s car, after discovering he had been cheating on Sonia Fowler (Natalie Cassidy).

He was caught doing so by the police, however, and was subsequently arrested, setting the scene for viewers to discover that he wasn’t actually Sonia’s dad.

Attention, however, returns to Rocky’s car crime next week, and it’s safe to say that he’s nervous ahead of his court appearance.

The question is: will he jailed for what he’s done? Or will he manage to worm his way out of it?

That remains to be seen, but subsequent scenes will see him struggle with guilt over what he’s doing to Sonia, and therefore he resolves to leave the Square once and for all.

He writes a letter, detailing the truth about his crimes, but tragedy strikes, as he grabs at his chest and collapses to the floor.

Will he be found before it’s too late?

And what will happen with the note? Will Rocky’s true identity be exposed after all this time?

If so, how will those closest to him, such as Sonia and Kathy Beale (Gillian Taylforth), take the news?