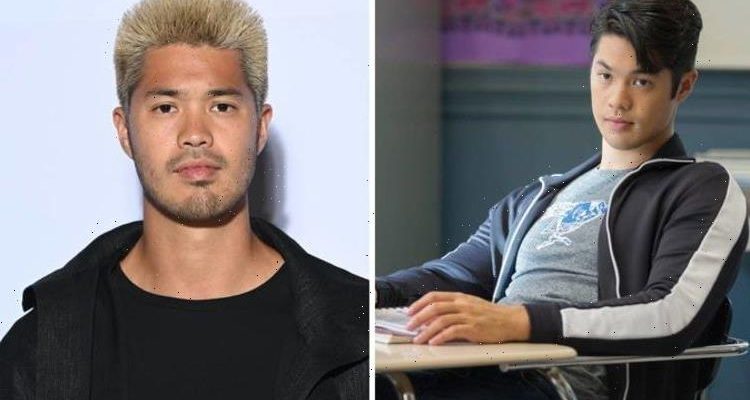 Riverdale is almost ready to return for season six which will see pretty much all of its original cast members make a comeback. Besides from the Core Four, the other former Riverdale High Schoolers including Madelaine Petsch as Cheryl Blossom and Casey Cott as Kevin Keller, have been in all five seasons of The CW and Netflix series. Fans have loved watching them grow up but it’s been a slightly different story for former jock Reggie Mantle (originally played by Ross Butler).

Reggie and Veronica Lodge (Camila Mendes) had a fling during their time at school when she and Archie Andrews (KJ Apa) briefly broke up.

They were running La Bonne Nuit together and as they were both ambitious and business-minded, they seemed like the perfect match.

Their relationship didn’t work out at the time but fast-forward to the end of season five and it looks like Reggie and Veronica are back on again.

As they work together on opening a casino in Riverdale, they could prove to the be show’s ultimate power couple.

Why did 13 Reasons Why star Ross Butler quit Riverdale?

For the latest four seasons, Reggie has been portrayed by actor Charles Melton.

But prior to him getting the role, it was 13 Reasons Why star Ross Butler who had been cast as Reggie.

So at the time, fans were left confused when series two came out and another actor had stepped into the shoes of Veronica’s future boyfriend.

The reason behind the change in casting has everything to do with Netflix’s fellow hit show 13 Reasons Why.

Season one of Riverdale came out in January 2017, whereas 13 Reasons Why was released just a couple of months later.

Both Zach and Reggie were background characters in the first series of both shows.

Butler was then given the option to further his role as Zach but it meant giving up on the part of Reggie.

There was some concern he had made the wrong decision though as 13 Reasons Why hadn’t even been picked up for a second series at the time.

DON’T MISS…
Former MP’s wife tears into demands for higher wages [POLITICS]
How are Riverdale and the Chilling Adventures of Sabrina connected? [EXPLAINER]
Riverdale season 6 release date: When is the next season out? [RELEASE DATE]

Speaking to Vulture in 2018, Butler explained: “Before season two was confirmed for [13 Reasons Why], I had to make the decision of whether I wanted to focus on one character or split two characters and have a smaller role on both shows.

“Reggie’s a great character, but it’s a different tone.

“I connected with Zach on a much more real level where I didn’t have to create so much of a character for him. Reggie’s more outspoken, like that jock archetype.

“I was in this weird floating space where The CW had recast Reggie, but Netflix still hadn’t confirmed that season two of 13 had been picked up. Thankfully, it did.”

Riverdale season five ended with the gang starting over again in Riverdale but with new other halves.

Then there is Archie and Betty Cooper (Lily Reinhart) whose relationship has been teased from the very beginning.

In the season five finale, they decided to officially be together but how will they get on as a couple?