Viewers will no-doubt remember the final episode of season three which included a harrowing scene in the final moments.

In it, Archie, Betty, and Veronica were stood around a fire covered in blood, and mentioned burning Jughead’s clothes – leaving viewers a little perplexed, and indeed worried for Jughead’s welfare.

Although it will absolutely take some time to see the next step in this storyline, viewers have been given a tiny tease into the fourth season regarding the next step into Archie’s life.

The image, which was posted by the show’s creator Roberto Aguirre-Sacasa, showcased Archie back on the scene.

Shot from a low angle, Archie can be seen stood topless underneath the Pop’s Chock’litt Shoppe pylon, which holds the business’s logo.

Archie also has a tool belt hanging from his waist, and what looks like a hammer in his right hand.

Archie and co will be going into senior year of high school in the upcoming fourth season, so will most likely be working summer jobs to pay their way to college.

Robert captioned the image: “And we’re back. Second day of shooting #Riverdale Season 4.” 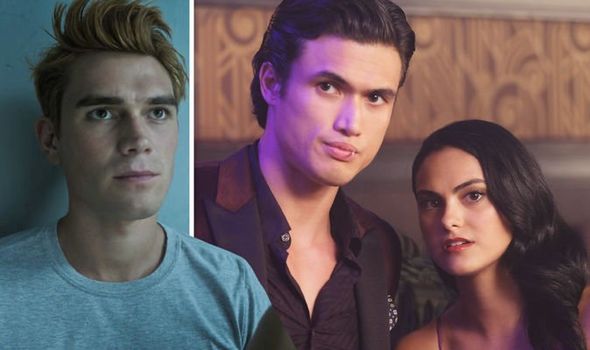 And we’re back. Second day of shooting #Riverdale Season 4

While it was revealed late last season that Veronica didn’t actually own Pop’s or her speakeasy – La Bonne Nuit – her father, Hiram Lodge (Mark Consuelos), is now in prison.

Although this doesn’t stop him from owning the business, it certainly puts the power in Veronica’s hands, and she may have recruited Archie to carry out some repair or building work for the business.

Alternatively, Archie carried out some construction work back in season one, so could he just be looking for some spare cash during his long summer? 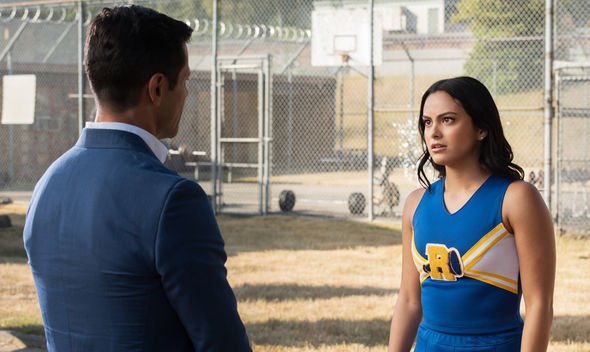 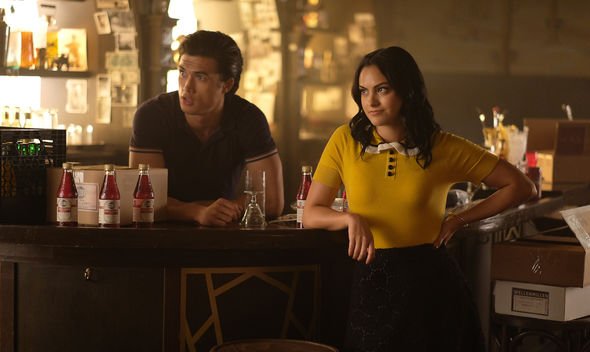 She captioned the image: “There was nothing but love, memories and mourning for our beloved Luke as we honor him in our first episode back #wemissyouluke #inmemoriam #riverdale #S4 #tableread.”

However this image prompted a lot of fans to presume Jughead was confirmed to survive the harrowing ordeal which supposedly awaited him.

One viewer wrote on the image: “I KNEW JUGHEAD IS NOT DEAD AHAHA.”

While another chimed in to announced: “Jug is alive baby!”

Riverdale returns to The CW and Netflix later this year.