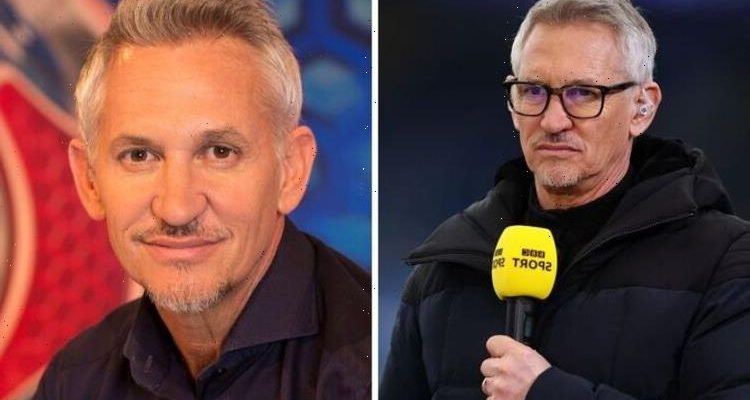 Gary Lineker discusses the start of his presenting career

Charlotte Moore is the BBC’s chief content officer, and her job is to control a budget of £1.4billion a year which is spent on all of the programmes broadcast. This also means the BBC boss controls what the presenters are paid ranging from BBC Breakfast’s Naga Munchetty to Question of Sport host Paddy McGuinness.

The BBC star’s salaries are controversially published each year and in its recent report Match of the Day presenter Gary Lineker came out on top.

She began: “Look, I think we know that viewers really value the presenters that we have on some of our bigger shows.

“And the audience that loves Match of the Day has a huge love for Gary Lineker.”

“It’s about value to the audience in the end, and whether we think that it’s the right person for the job, with the right level of experience, with the right ability to present in a way that is really accessible, enjoyable and entertaining,” she added to the Radio Times.

In September last year, Gary addressed his salary from the BBC and admitted how fortunate he had been to land one of football’s biggest presenting jobs.

In an interview, BBC Radio 4’s Ros Atkins quizzed Gary on why he is the top earner at the BBC.

“Can I ask you about your role within that institution?” the host asked.

“As it’s been much reported, you’re one of the BBC’s best-paid presenters for your work on MOTD.”

She continued: “Why do you think the BBC has decided to commit that much money to the presenter of that particular programme?”

“I think it’s obviously been a long-term process and my salary has gradually come down,” the presenter joked.

“But no, obviously I was in a fortuitous position.

“I was sought after by numerous channels over the years and football is global, it’s big business.”

Gary went on to point out the Euro 2020 viewing figures, which reached 30.95 million, drew in some of the BBC’s biggest numbers.

“And there’s a lot of competition, the BBC had to fight for,” he explained.

“I mean, it’s hard talking about this for myself, obviously, because I’ve realised how fortuitous I am.

“But the BBC wanted me to head their football on television and I’m very grateful for that.”

The Match of the Day star admitted in the past he’d received bigger offers than what the BBC paid him.

Read the full interview with Charlotte Moore in this week’s Radio Times, out now.