In October, rumors started swirling that Real Housewives of New York alum Heather Thomson would be returning for season 13. Now, it’s no longer a rumor. Both Heather and executive producer Andy Cohen have confirmed that Heather will be part of the new season. Now, the question is – will she be full-time or just a “friend” of the show? 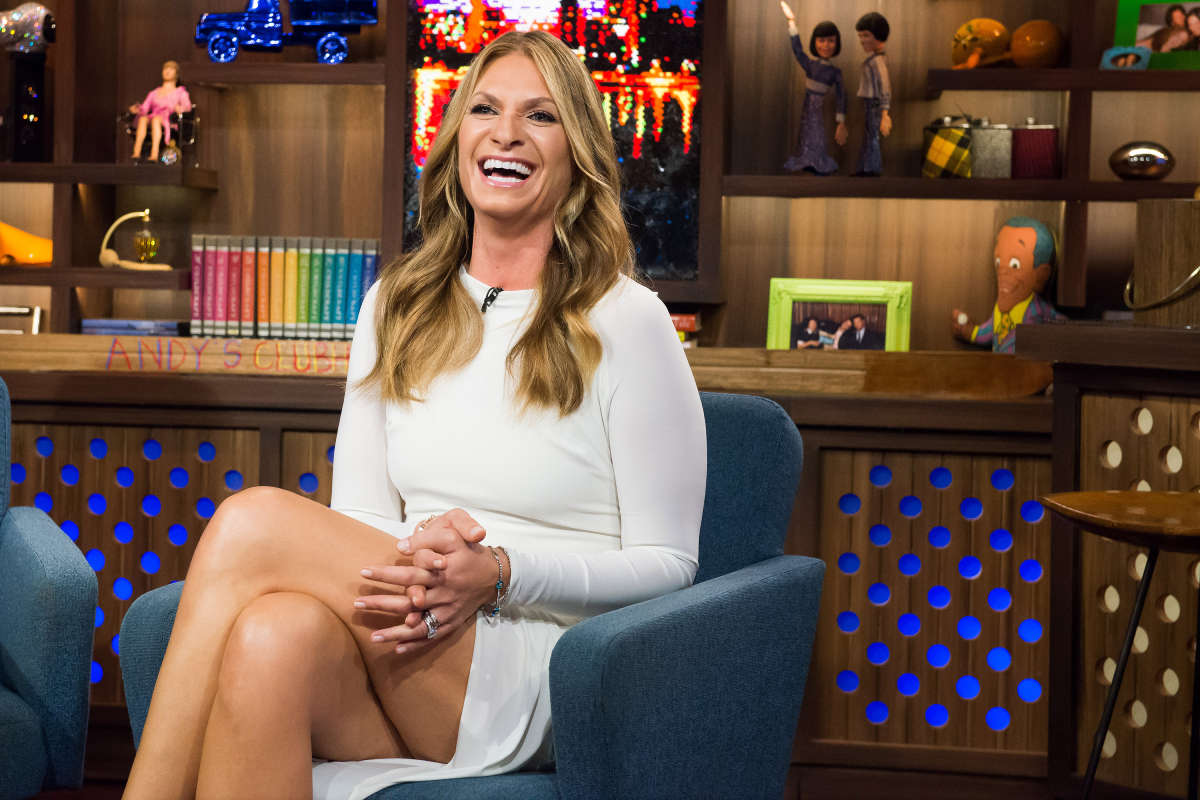 Heather first joined the RHONY cast back in 2012 for season 5. She remained a full-time cast member through season 7. Since then she’s made a few guest appearances in season 8, season 10 and season 12.

According to Screen Rant, rumors of Heather’s return started swirling in late October when she was spotted in the Hamptons with the RHONY cast. Heather was reportedly filming with Ramona Singer, Luann de Lesseps, Sonja Morgan, Leah McSweeney, and newbie Eboni K. Williams.

Around the same time, a report surfaced that claimed Heather was returning as a full-time cast member. Then, Eboni posted a cast photo on her Instagram Stories that included Heather. And, RHONY producer Sam Pezz tweeted that the ladies were shooting in the Hamptons and Heather was back.

On his Instagram Stories, the producer shared a video of the RHONY stars on an outing, and Heather was in the limo-style bus with her co-stars.

The ‘RHONY’ alum said she wasn’t interested in returning

Less than a year ago, Heather revealed on her In My Head podcast that she had no interest in returning to RHONY. However, she left the door open just in case.

“I have new visions, new horizons. Never say never, but watching the show, I don’t feel like there’s any reason for me to go back to that,” she said at the time. “That’s not what I wanted for my life – to fight with Bethenny [Frankel] every day on television. If I ever went back to the show again, which I wouldn’t, but if I ever did, I’d probably even be better because I wouldn’t take it to heart.”

When confirming her return, Heather said that she enjoys showing off her life in front of RHONY cameras. She says that with some of the OGs, the show is a slapstick comedy. What she doesn’t enjoy is when things get dark and toxic.

Heather explained that she loves talking about real issues and important things. As long as she can lend that to the show, she says she’ll “always come back.”

Heather recently told Hollywood Life that she enjoys “dropping in on the show.” She explained that since she left in season 7, she’s been back quite a bit.

“I left [after Season 7], but I never really left. I always like to touch base with the ladies and [now there’s] all this intrigue about [my] big return,” Heather said.

She also revealed that she will be returning as a “friend” of the show because she “really can’t” do full-time.

“I wish I could on one level, but on another level, I’ve got a lot going on which is great. I’ve got two teenagers. I’ve got two new businesses that I’ve started. And listen, Housewives is a lot of work,” Heather explained.

Bravo boss Andy Cohen also spoke out about Heather’s return on the Everything Iconic podcast with Danny Pellegrino. Andy said that at this point, Heather has known the RHONY ladies for eight or nine years and “she speaks their language.”

Andy noted that there is a “great benefit in bringing legacy cast members back.”

Season 13 of Real Housewives of New York will premiere on Bravo in 2021.