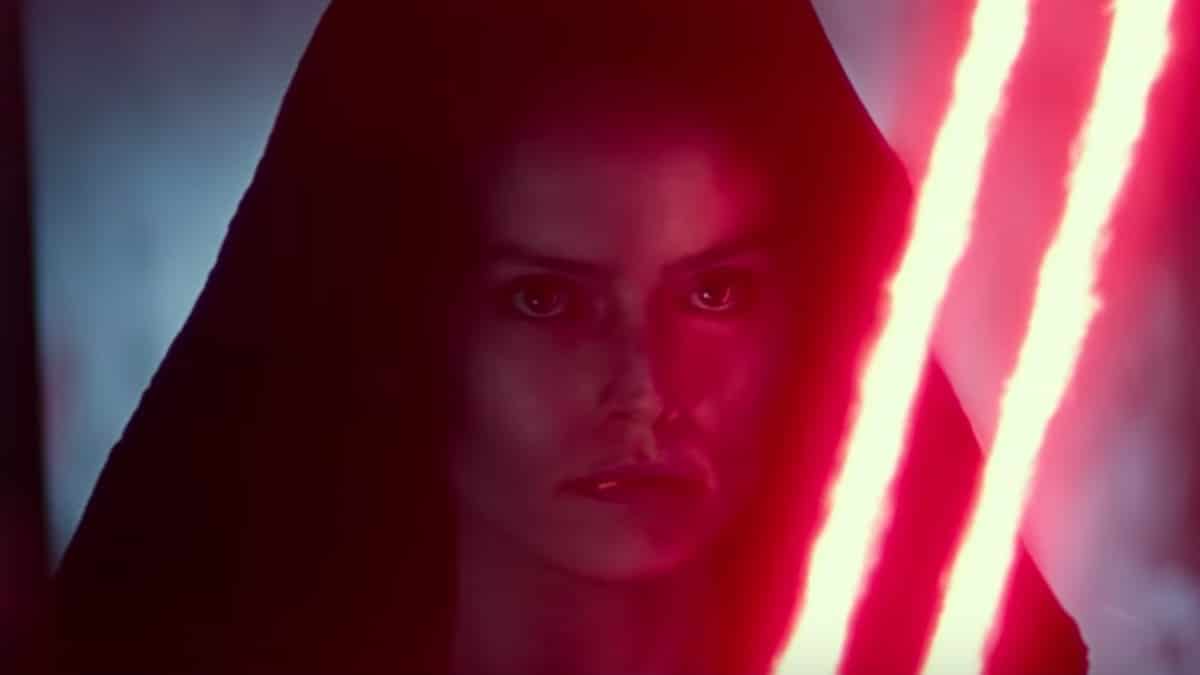 The sight of Rey’s red lightsaber in the brand new Star Wars D23 footage has fans excited for what’s on the way. Rey will be back again for the third and final movie in the new trilogy, Star Wars IX: Rise of the Skywalker.

Her nemesis Kylo Ren will also be back and based on the video that has arrived out of Disney’s D23, there could be some major surprises in store.

D23 Special Look: The Rise of Skywalker with new footage

The longtime franchise is finally said to be coming to an end with a ninth movie in the series. Episode 9 will bring the more recent trilogy to a close that focused on Rey, Kylo Ren, Poe Dameron, Finn, BB8 and the other new cast of characters. It’ll also bring fan favorites like Princess Leia, Lando Calrissian, Chewbacca, R2 and C3PO into the final installment.

D23 was a special event held at Disney. In an exclusive “D23 Special Look” fans got some brand new glimpses of what Rise of Skywalker has in store. Amongst the big reveals were two scenes featuring the color red. One is C3PO’s glowing red eyes and the other is Rey’s red lightsaber as seen at the 1:45 mark of the video below.

Viewers quickly see that the red lightsaber is a dual lightsaber. It’s a weapon not really seen within Star Wars films since Episode 1: The Phantom Menace when villain Darth Maul wielded it.

Seeing Rey wielding the red lightsaber has fans geeking out with a number of popular theories surfacing. The most popular seems to be a Rey dark side transition in which she succumbs to the evil it possesses. In addition, there are several other theories running around including speculation it’s simply “a vision” of Rey joining the dark side.

The IGN posted four theories and asked for fans to comment on what they believe is happening.

Right now, that poll is going the way of Rey’s red lightsaber scene being nothing more than a vision of her joining the villainous dark side. As of this report, it’s at 56 percent on the poll, with “Rey turns to the dark side,” coming in second at 19 percent. The idea that it’s a clone has 16 percent of the vote.

Fans would absolutely eat that up, but based on other scenes including what might be a climactic finale involving Kylo Ren, it seems unlikely she’ll stay on that side.