Can ‘Halloween Kills’ and ‘The Last Duel’ Scare Up Bond-Busting Box Office Numbers?

Ratings: ‘The Masked Singer’ Grows – but Not Enough to Take Down NBC’s ‘Chicago’ Lineup

“The Masked Singer” rose with Cupcake’s elimination — but it was not enough to topple NBC’s impressive “One Chicago” lineup.

If you don’t recognize the face under the cupcake top, click here to find out who got sent back to the bakery.

Elsewhere on broadcast, The CW premiered new seasons of “DC’s Legends of Tomorrow” and “Batwoman” on Wednesday night. While neither of those shows performed particularly well, “Batwoman” added 15,000 total viewers from the Season 2 premiere. These days, that’s quite an accomplishment. 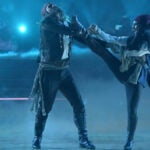 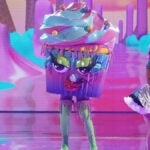 We do not have early Nielsen numbers for Spanish-language broadcast networks Univision and Telemundo.