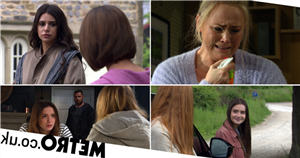 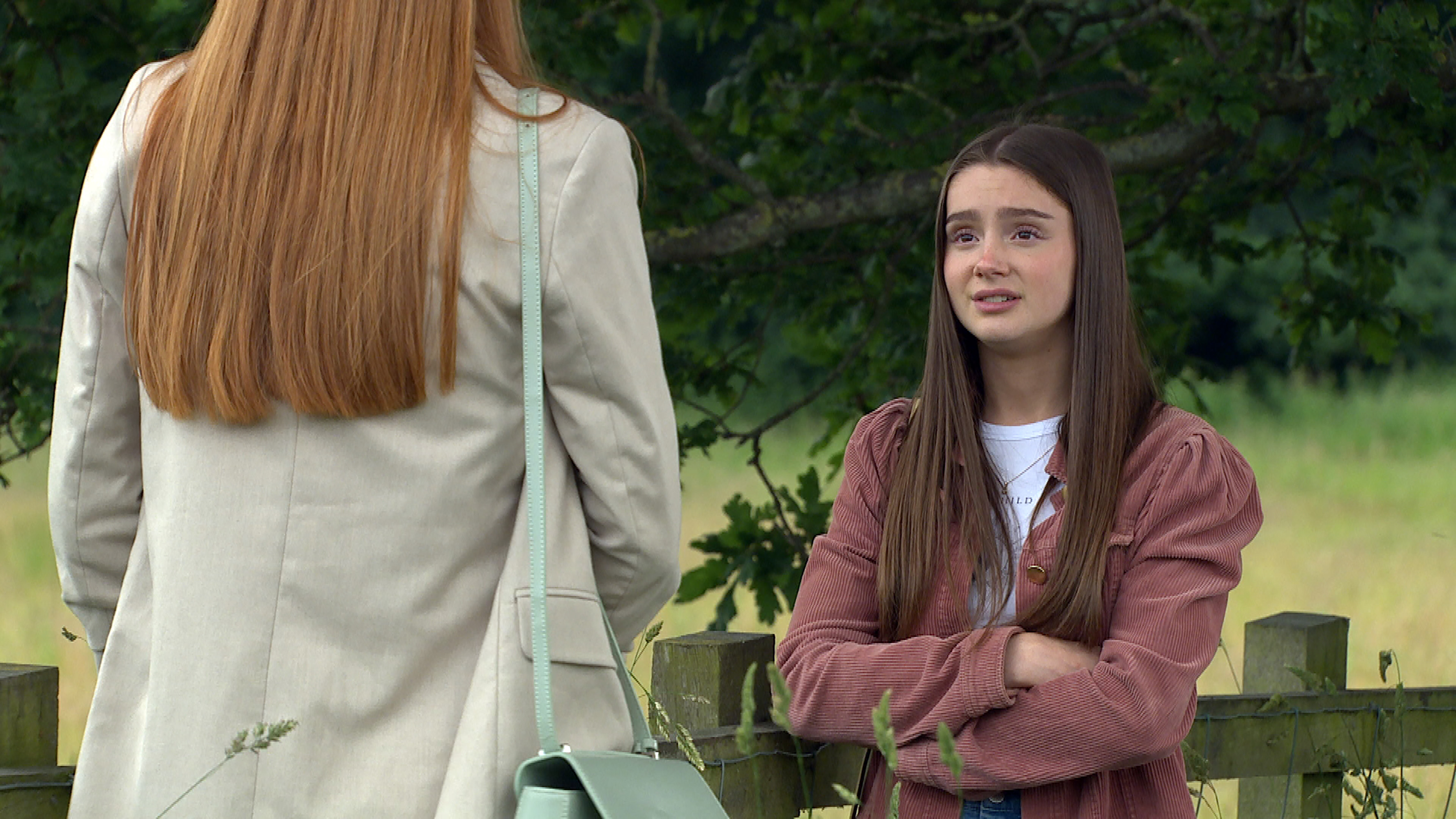 There are dark times ahead in Emmerdale as emotions run high, with Liv Flaherty (Isobel Steele) blacking out and Gabby Thomas (Rosie Bentham) warning that Noah Dingle (Jack Downham) may have raped her. As Aaron Dingle (Danny Miller) overhears, his rage explodes but is Noah truly guilty?

Wendy is shaken to find her abusive ex-husband Russ on her doorstep. Angry about his mother’s will – she has left it all to Victoria’s baby Harry – he demands they talk.

Feeling bullied and conflicted, Wendy introduces Russ to Victoria as Harry’s granddad. Victoria is a bit surprised by this but is talked around.

Chloe turns up again and Sarah apologises. Chloe softens, telling Sarah whenever she is ready to know more about Gemma, her late sister, she can. Sarah tells her she’s ready now.

Ryan is up to no good selling illegal merchandise and Ethan’s one-night stand comes back to haunt him.

Chloe wants to give Sarah a bracelet of Gemma’s. Sarah is reluctant, until she sees it’s a diamond bracelet. Sarah is pleased to have made the connection. Unseen, Noah watches, upset that Sarah lied to him.

Laurel tries to help Liv and Bob is thrown by Russ’s sudden appearance, and Wendy is clearly unsettled by his presence in the village.

Liv is uneasy around booze and breaks down in front of a concerned Laurel, who does her best to advise her.

At the playground, Russ continues to play the doting granddad as he lays it on thick about his lack of money to Victoria. Will Wendy solve this frightening situation?

Nate prepares for Tracy’s homecoming and David and Victoria are just getting over their awkwardness when Meena appears and invites Victoria to hang out with her.

Tracy returns. She’s taken aback by Nate’s surprise for her. Nate proposes but her reaction is one of shock.

Liv wakes with a start, full of confusion and regret, with bruises on her arms and no idea what happened to her the night before.

Meena wants a day out with Victoria.

When Charity overhears Vanessa has got a new girlfriend, she’s devastated.

Gabby is left reeling after Liv’s mention of how she remembers struggling with Noah last night. Uneasy after her own run-ins with him, Gabby tells Liv that they might be dealing with the aftermath of rape.

Aaron walks in on their conversation. He has heard everything and storms to confront Noah.

Tracy’s stress bubbles to the surface

Meena promises David she’ll take excellent care of Victoria on their day out.

Meena is insistent as Victoria tries to get out of spending the day with her.

Tracy’s stresses continue to bubble to the surface. She’s still hiding her anxiety over looking after Frankie alone.

Tracy feels trapped when left alone with Frankie again. Unable to cope with Frankie’s crying she snaps, taking it out on the baby gym and breaking down in tears.

Elsewhere, Charity does some digging to try and find out what really happened with Noah and Liv.