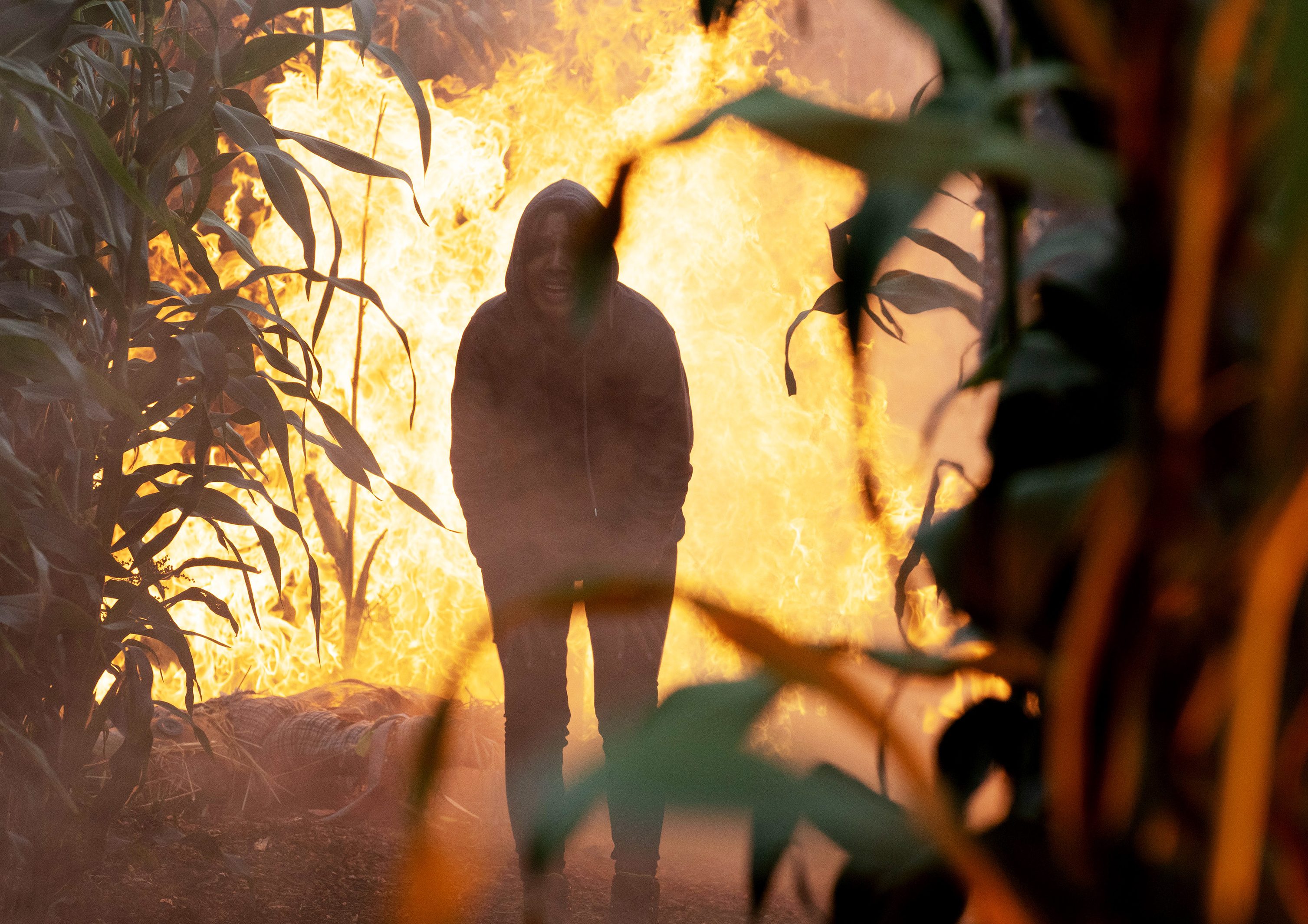 These are the terrifying scenes which see a major blaze consume the Emmerdale maize maze, leaving several traumatised residents trapped inside but who will die?

There is already killer intent inside the maze as Meena Jutla (Paige Sandhu) has cornered Andrea Tate (Anna Nightingale) and is preparing to kill her as she witnessed her trying to drown Victoria Barton (Isabel Hodgins).

But events are about to take an even more disastrous turn.

While we’re not revealing exactly how the blaze starts, we can confirm that several other people will be inside the maze as the inferno quickly spreads.

As the picture shows, Priya Sharma (Fiona Wade) finds herself in the midst of the blaze, having headed into the maze to replace the prize of a bottle of champagne that she and Ellis Chapman (Aaron Anthony) had guzzled.

Things spiral out of control and she is left screaming for her life as the flames close in. Ellis runs in to save her but will he be too late or could he make the ultimate sacrifice to get Priya out?

Fiona said: ‘Filming the fire scenes in the maze was extremely exciting and equally terrifying at moments. It’s an amazing experience to be a part of such a wonderful week that’s full of so much drama and action. There were moments in the maze where the fire surrounding us was so hot I had to stop a couple of times.

‘It’s incredibly exciting though to be able to have done a few of our own stunts along with the incredibly brave stunt actors that were with us every step of the way.

‘Priya, Andrea and Meena are all in the Maze so it’s definitely going to be edge of your seat watching to see who gets out in time…!’

Of course, Meena and Andrea are also in the confines of the maze, putting both of them at serious danger but another pair who could find themselves facing death are Charity Dingle (Emma Atkins) and Mackenzie Boyd (Lawrence Robb).

With Emma having confirmed that at some point Charity will be left worrying that Mack is dead, pictures from next week have confirmed that the pair survive.

But what impact will this fear have on their relationship, following Mack’s confession that he is in love with her?

Will it lead to Charity reciprocating his feelings?

And just who won’t emerge from the maze alive? It will have life changing consequences for more than one villager…

Emmerdale airs these scenes on Thursday October 21 at 7pm and 8pm on ITV.