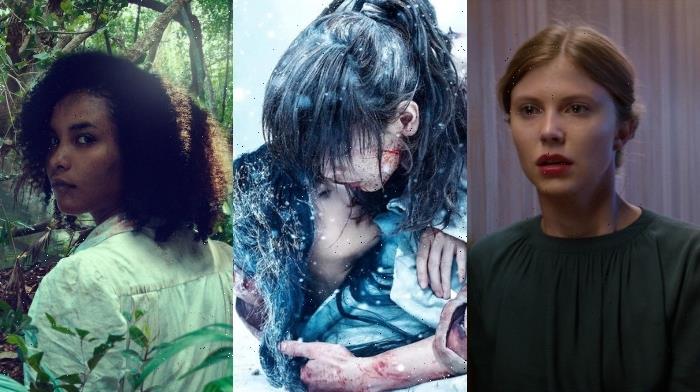 It’s been a while, but I’m back with the column that you’ve all been waiting for with bated breath. And if you’ve already overcome that one-inch tall barrier of subtitles, you shouldn’t be opposed to reading just a bit more about a few foreign-language films that you should check out.

Joachim Trier directs the Norwegian supernatural thriller, which follows Thelma (Eili Harboe), a college student who leaves home for university and falls in love with another girl. But her budding feelings unleashes uncontrollable psychokinetic powers within Thelma. The film transforms into a psychological thriller of sorts, as Thelma’s wide-eyed innocence transforms into a blank-faced mask — is she just a victim, or is she more culpable than she appears? Eerie, creepy, and ambiguous, Thelma is the coming-of-age movie as supernatural thriller — like a sweeter, more maudlin twist on Carrie.

Watch This If You Like: Carrie, Raw, Let the Right One In, hating birds.

Based on André Carl van der Merwe’s autobiographical novel of the same name, Moffie is a hard movie to stomach. Part war drama, part coming-of-age LGBTQ romance, Moffie is set during the height of South Africa’s apartheid, and follows the boys who are sent to enforce that apartheid remains law. It’s 1981 and teenager Nicholas van der Swart (Kai Luke Brummer) is heading to his compulsory two years of military service as part of the country’s military operations to stop the spread of communism. The conditions at the bootcamp are so brutal that Moffie almost verges into horror film — the conscripts beaten into submission, or straight up beaten for any same-sex inclinations in a country where homosexuality is still outlawed. But amid all the physical and emotional torment, a tender romance blooms for Nicholas and one of the other conscripts at the bootcamp, eventually transforming the film into a delicate romantic LGBTQ story that defies its grim war movie backdrop.

Watch This If You Like: Call Me By Your Name, Beach Rats, Moonlight, tender coming-of-age LGBTQ dramas.

Set in the 1920s in the Mayan tropical rainforest along the Rio Hondo (at the time, the border between Mexico and British Honduras, now Belize), Tragic Jungle follows Agnes (Indira Andrewin), a young woman who flees with her sister from the cruel white British landowner who wants to marry her. But when her sister and their guide quickly get killed by the armed men pursuing them, and Agnes becomes mortally wounded, the jungle appears to possess the beautiful young woman to become its avatar for revenge against the many men who dare to abuse it. Part feminist revenge film, part environmental cautionary tale, Tragic Jungle is a bloody fable that posits that the mysteries of women are as deep and impenetrable as the jungle — and just as deadly.

Watch This If You Like: Zama, mother!, Mother Nature coming for us all.

Hollywood has been trying so hard to adapt anime into live-action feature films that they haven’t realized that Japan has already released the best one. The classic samurai manga Rurouni Kenshin was adapted into a trilogy of films directed by Keishi Otomo that were released between 2012 and 2014, adapting all but the final arc from Nobuhiro Watsuki’s manga. Now, seven years later, Otomo and the original cast return to finish the job with two films: Rurouni Kenshin: The Final and Rurouni Kenshin: The Beginning. But I’m only going to feature the latter (which, despite being a prequel, is the last film in this series) because its tragic romance set to the backdrop of a wartorn country transcends any kind of “anime adaptation” label that many might stick on it. Takeru Satoh continues to be pitch-perfect as Himura Kenshin, an assassin for the revolutionaries who want to overthrow the Tokugawa shogunate, and falls in love with a woman Yukishiro Tomoe (Kasumi Arimura), who melts his icy exterior. You don’t need to know where Kenshin will end up — as a wandering ronin who refuses to kill — to know that the two are ultimately doomed, or to appreciate the frankly stunning and artfully choreographed film that is The Beginning.

Watch This If You Like: Rurouni Kenshin, samurais and tragic romance.

A gentle summer romance unfolds in Words Bubble Up Like Soda Pop, a slow and simple romantic anime film about two awkward teenagers who overcome their own insecurities to reunite an old man with the memory of his long-dead love — and fall in love themselves, in the process. Despite the silly-sounding title, Words Bubble Up Like Soda Pop is more akin to one of the quieter Studio Ghibli films like Whisper of the Heart than the bombastic anime romances that are frequently released today. It’s a pleasant watch, and better yet, will make you appreciate the art of haiku.

Watch This If You Like: Whisper of the Heart, Only Yesterday, love confessions via haiku.