Today’s edition of Pointless was a tough act to follow after yesterday’s instalment saw a whopping five pointless answers in one round.

Today’s edition saw presenters Alexander Armstrong and Richard Osman return to host the BBC programme and with another four teams.

Couple number one were office administrator Dawn and her daughter Jodee from West Bromwich, closely followed by couple number two – Steve and his wife Kirsty from Glasgow.

The third couple were made up of friends Abi and Sarah from Manchester.

While couple number four was Ben and his stepmother Neepa from York.

There were some twists and turns to come in the instalment, particularly when Neepa achieved the first pointless answer only to be knocked out of the game by her stepson choosing Barack Obama in the picture round.

But in one moment during tonight’s programme, Alexander couldn’t hide his desire to leave his job behind for a jaunt up to the Lake District when he discovered Abi’s job was working in a countryside pub up there.

“I’ve finished my English Literature Masters, and I’m now living in the Lakes working at the only pub in the country that’s run by the National Trust,” the contestant shared to the audience.

Truly taken-aback by the idyllic nature of Abi’s work, Alexander took a breath and began: “That…,” before pointing at someone in the audience.

“Ooh exactly! That’s just the nicest thing ever!” he lamented, envious of the contestant.

READ MORE:  Pointless: ‘Can you do that?’ Alexander Armstrong grills contestant 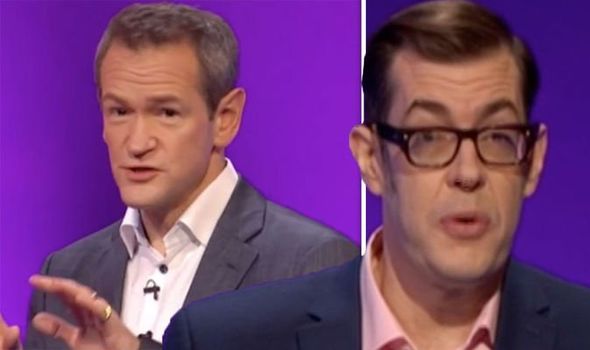 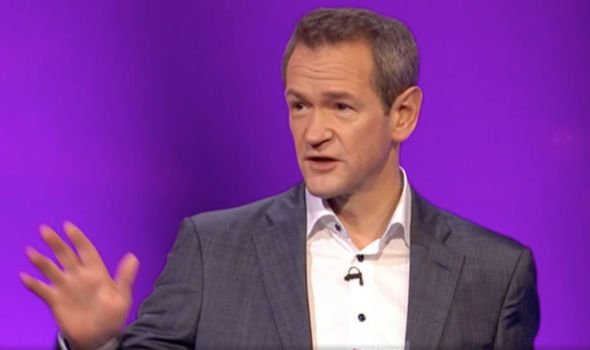 Shall we all just go up to the lakes?

Richard then teased the group and chimed in: “I tell you what, shall we, shall we all?” as he looked at his watch with a cheeky grin.

“Shall we all just go up to the lakes?” Alexander repeated more seriously, before realising he had to return to his regular duties.

“How long have you been there?” the host asked the contestant, who then admitted she’d only been there for three months.

“They’ll all be watching, they’ll all be in the pub now,” Alexander continued. “Actually so will you of course, because you’ll be back there by then.

“How long are you going to be in the lakes do you think, indefinitely? Writing all the while? All that time up in the lakes…” Alexander trailed off once more, before pretending to drink a pint as the audience snickered with laughter. 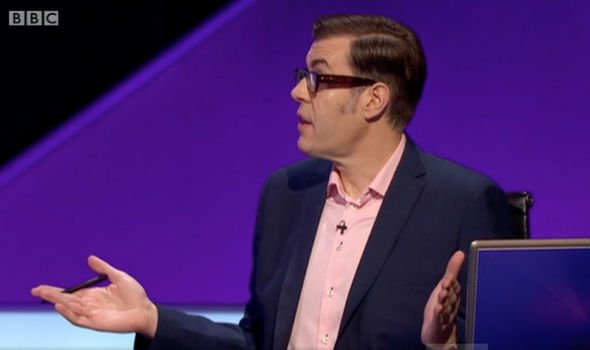 “Oh and some porky scratchings please Abi,” he ordered, going on to pretend he was ordering from an invisible bar.

Despite the hilarious antics, Alexander eventually returned to the job at hand, and things turned more serious as the game went along.

In the end it was Abi and Sarah as the final couple, but despite their valiant attempts to deliver just one pointless answer, they couldn’t achieve the feat.

Alexander praised the pair for their attempts, insisting they should pat themselves on the back regardless of whether they managed to win any money on the show.

Pointless continues weekdays at 5.15pm on BBC One.