Good Morning Britain viewers were disappointed as they woke up to find Piers Morgan and Susanna Reid were not presenting. Instead, Kate Garraway stepped in to host the breakfast show alongside Ranvir Singh and Sean Fletcher, who delivered the latest headlines. Fans rushed to Twitter to ask where the controversial host was and why he was absent.

Last week, Piers announced he and Susanna would be taking a short break from hosting GMB.

“We’ve got half term off, really exciting,” Piers announced before detailing his plans.

“I’m going to move from the sofa downstairs to upstairs.”

Susanna joked: “You’ve got a two-week circuit breaker from us.” 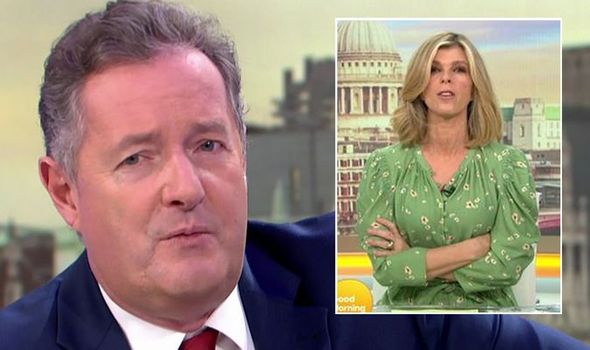 Instead, Kate and Ranvir stepped in to present in their place but viewers were disappointed not to see Piers.

Taking to Twitter to comment, one viewer shared: “@GMB where’s @piersmorgan and @susannareid100 this morning has got up a bit late #GMB.”

Another added: “Where’s Piers and Susanna? #GMB,” while a third asked: “Where is @piersmorgan #gmbb.”

But despite some viewers missing Piers and Susanna, others were thrilled to see Kate and Ranvir on screen. 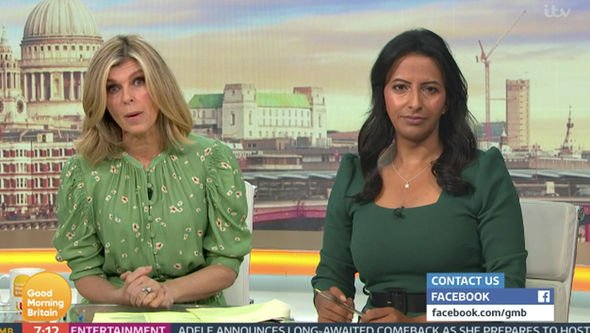 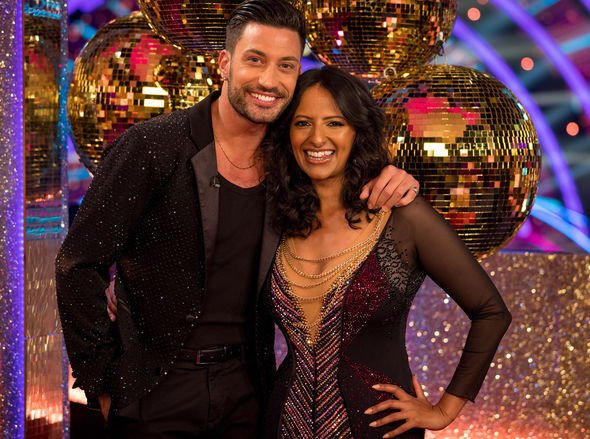 “Thank the Lord the other pair have gone, we can watch @GMB now,” one viewer posted.

Someone else tweeted: “Thank god @piersmorgan is off for a bit. I’ll start watching again.”

While Piers and Susanna have half-term off, they will be back to report on the US elections in the coming weekend.

Piers revealed last week: “Yes! The good news is – I know you’ll be missing us – we’ll be back for the US election week and we’re going to be there all week, all five days.”

However, they clarified they would be presenting from London and not from the US as they have done in the past.

Meanwhile, with Ranvir presenting, all conversation was centred on her debut on Strictly Come Dancing on Saturday.

The presenter joked with co-host Kate she wasn’t happy she’d not warned her how painful dancing was.

“Can I just say Kate, you never told me how actually painful and hard it is to do the dancing,” Ranvir remarked.

Kate replied: “I think I might have done Ranvir. I might have said you’d have bruises in places you won’t expect.

“You were just so full of glitz and sequins.”

The presenter added: “Everybody takes it seriously and rightly so!”

Good Morning Britain airs weekdays on ITV at 6am.