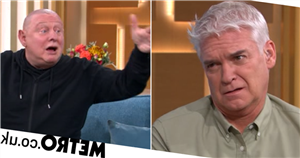 The Happy Mondays star said he was 15 when he had his first run-in with a UFO, before bearing witness once again to something other-worldly in 2013.

‘We saw this thing zigzagging about,’ Shaun said of his debut sighting which happened when he was a delivery boy, adding it was ‘long before my encounters with hallucinogenics.’

Shaun said he had to really think about whether what he was seeing was ‘all in my nut’.

‘When I started seeing other things, I nearly went to get things checked out because when you start hallucinating on things you could be losing your eyesight,’ he continued.

Shaun’s second sighting occurred when he was making a UFO documentary and he was initially convinced the production crew were playing a trick on him.

‘I looked out in my back garden and over my apple tree was this big plastic air fix looking wobbly thing that looked like it was hanging in the air on strings because it was moving.’ 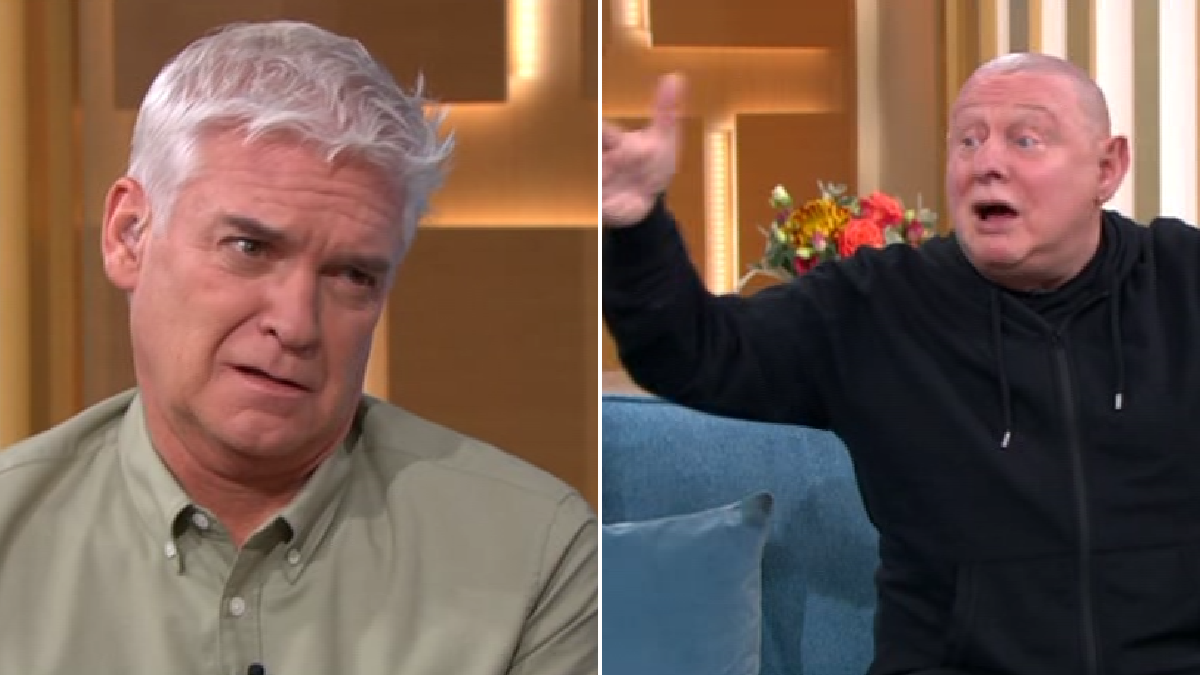 ‘I’m slapping myself stupid,’ he added, with Phil sat with his mouth open wide in total disbelief.

‘The way you describe it sounds like the Del Boy of aliens, some ramshackle air fix thing around a tree,’ Phil remarked.

‘How did that get from the far flung corners of the universe?’

‘To me it looked like it was made out of plastic,’ Shaun replied.

This is TV gold. A phone in about UFOâs and Aliens with Shaun Ryder ððð couldnât make this up. #thismorning pic.twitter.com/eH4j6D9cfy

A phone in about alien sightings with Shaun Ryder is peak tv @thismorning #thismorning pic.twitter.com/BQUfWoABKS

Shaun later hosted This Morning’s phone in where the show heard from fans who had also either sighted UFOs or been involved in fake reports.

Viewers were living for the scenes, with one branding the whole shebang ‘peak TV’.

‘Only on #thismorning could you have a segment about endometriosis followed by Shaun Ryder and the aliens.’