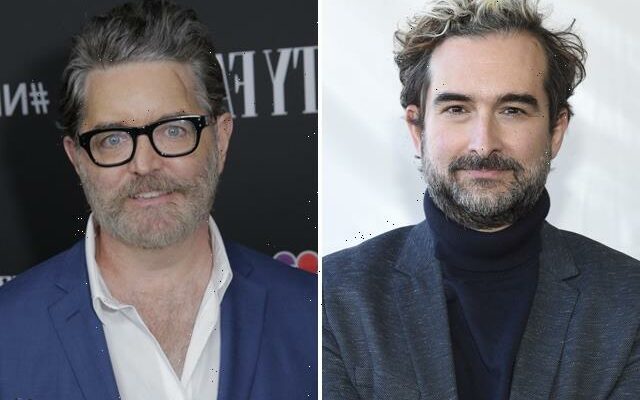 Percy Jackson and the Olympians has added two more to its star-studded cast.

Jay Duplass (Industry, Transparent) is set to play Hades, god of the Underworld, in the upcoming Disney+ series, our sister site Variety reports. Plus, Timothy Omundson (Psych) will take on the role of Hephaestus, the god of blacksmiths and fire.

Hades is described as a god who feels like “an outcast from his family” and “a misunderstood genius” who holds a grudge for past wrongs. Meanwhile, Hephaestus “became disabled when he was thrown off Mount Olympus as a babe.” He still has legendary strength, and his “capacity for kindness and mercy sets him apart from his brothers and sisters in the dog-eat-dog world of the gods.”

Adapted from Rick Riordan’s best-selling book series, Percy Jackson and the Olympians promises to tell the fantastical story of Percy Jackson (played by The Adam Project‘s Walker Scobell), a 12-year-old modern demigod who’s just coming to terms with his divine powers when the sky god Zeus accuses him of stealing his master lightning bolt. With help from his friends Grover and Annabeth (played by Aryan Simhadri and Leah Sava Jeffries), Percy must embark on an adventure of a lifetime to find it and restore order to Olympus.

Additionally, Lin-Manuel Miranda will play the messenger god Hermes, WWE Hall of Famer Adam Copeland (aka Edge) will recur as Ares, and The Flash alum Jessica Parker Kennedy will guest-star as Medusa.

Want scoop on Percy Jackson and the Olympians, or for any other show? Email [email protected] and your question may be answered via Matt’s Inside Line.