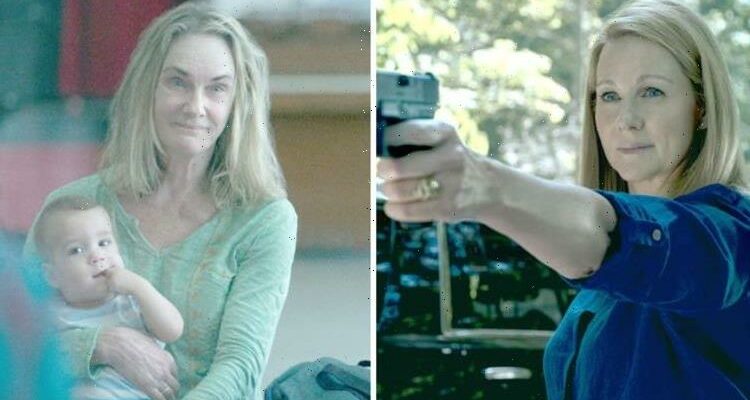 Ozark recently finish on Netflix with the writers bringing the show to quite the close. The fourth and final season was the longest with a total of 14 episodes which were split in two. Season four, part two came out recently and saw each character arc brought to a conclusion. Season four, part one aired in January and part two hit the platform in April. Many audience members have questions about baby Zeke and the child’s backstory. Here’s a quick refresher about baby Zeke.

Who is baby Zeke in Ozark?

WARNING: This article contains spoilers from all seasons of Ozark

Zeke is the son of Pastor Mason Young (played by Michael Mosley) and his wife Grace (Bethany Anne Lind).

Sadly, a heavily pregnant Grace was taken by the Snells and never seen alive again, but her child was left for Mason to raise.

Marty (Jason Bateman) and Wendy Byrde (Laura Linney) desperately tried to convince Mason his wife had left him, something he refused to believe.

Mason thought the couple were behind his wife’s disappearance and kidnapped Wendy with Marty having to rescue her.

During an altercation between Marty and Mason, the pastor was killed and his child Zeke now an orphan.

The Byrdes took the baby in as their own and were going to raise him.

However, Darlene Snell (Lisa Emery) had other ideas after she wanted compensation from the Byrdes for their riverboat casino.

Wendy begrudgingly handed over baby Zeke to Darlene, who was desperate for a child and an heir to her business.

Despite giving the child over, Wendy promised herself she would rescue Zeke from the Snells.

Jonah and the rest of the family had been under the impression Zeke had gone to a good family, but all of this was shattered in an instant.

Season three is set six months after the events of the last outing and Darlene is very much a doting mother.

However, she is protective in a dangerous and vicious way.

Following a mother and baby class, she slashed the tyres of another new mum who disagreed with her over formula milk.

The new series has seen her character taking quite a turn after she murdered her husband Jacob (Peter Mullan) in cold blood because she didn’t agree with his business plans.

Season three saw Darlene continue to go up against the Byrdes and Wendy with Zeke simply being a political football between the two of them.

In season four, Darlene and Wyatt Langmore (Charlie Tahan) were raising the child until both of them were killed.

She eventually handed the child in to the authorities with Zeke eventually going into care.

This was the last time Zeke was seen in the show and it’s presumed he was fostered by someone else unless Wendy makes a fresh bid to get the child back.

The final season also saw the tragic death of Ruth with Cade Langmore actor Trevor Long weighing in on the twist.

He also offered his thoughts on why Ruth pulled the trigger which sealed her fate.

Fans are also wondering if the Byrdes will ever face justice for their crimes or evade justice.

Ozark is streaming on Netflix now