Outlander: Behind the scenes of Wentworth Prison

Viewers are eagerly awaiting the release of Starz’s hit romantic Outlander after season six came to an end in May. However, during a Q&A, Claire Fraser star Caitriona Balfe reflected on filming the instalment and unveiled a huge secret.

Season six made its highly anticipated return to screens after a nearly three-year hiatus as a result of the pandemic.

Although the instalment only contained eight episodes, fans remained glued to their screens as the action-packed drama featured major storylines for the characters.

The show also ended on a major cliffhanger, with viewers eagerly awaiting its release to find out the fate of fan-favourite Claire Fraser.

However, after season six was released, Caitriona reflected on the behind-the-scenes and highlighted a filming secret. 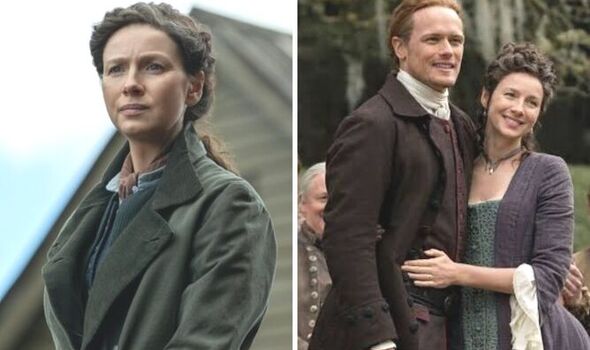 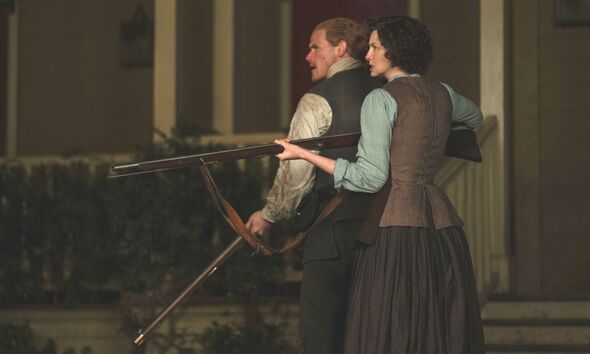 Sam Heughan who stars as Jamie Fraser hosted a Q&A on Instagram live and was joined by Caitriona.

Reflecting on the final episode, Sam stated: “Going back to that last episode, it’s great isn’t it, I’m really proud of it.”

To which Caitriona responded: “You know what, I’m really proud of that episode, I think we collectively, everybody involved managed to make something really cool.”

The actress paid tribute to the crew and added: “I think we have to give a big shout-out to Jamie Payne [director], he did such a great job with the last two episodes, our writers, all the rest of our cast, our incredible crew.” 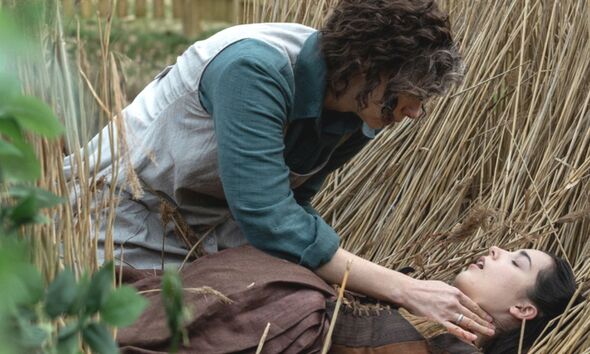 Caitriona continued: “It was fun, wasn’t it, we had a lot of fun, we should talk about it, probably our favourite parts with the shoot-out stuff.”

The jaw-dropping shoot-out took place in the finale after the locals made up their minds and deemed Claire a murderer, following the death of Malva Christie (Jessica Reynolds).

After Claire discovered the pregnant youngster dead in her garden, she instantly stepped into her nurse’s shoes and attempted to save Malva’s baby.

When Jamie arrived back at the house with Malva’s shocked brother Allan Christie (Alexander Vlahos) and uncle Tom Christie (Mark Lewis Jones) they saw a bloodied Claire, and Allan was convinced foul play was involved.

As a result, the action-packed shootout, was from people who wanted Claire dead, however, with Jamie by her side, they were also returning fire.

Speaking to his co-star, Sam replied: “I was going to say it was probably your burger,” but before he could finish his co-star unveiled the filming secret.

She revealed: “Unfortunately, that wasn’t me,” a curious Sam hit back, “I was wondering that.”

“I was not invited to that diner,” the actress added.

“Is that pair of hands eating that large burger, are those your hands?” Sam quizzed.

Catriona confirmed: “They were not my hands, no, no the cheating, the cheating of television that happens.”

She opened up: “I think in a lot of cases when they do those title cards or those little intros, usually they’re filmed by a second unit or splinter crew or something when we’re very, very busy at the important meaty stuff.”