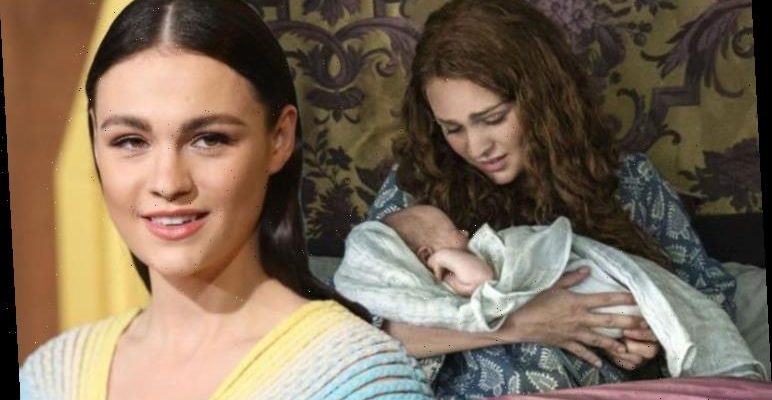 Season four of Outlander saw Brianna Fraser (played by Sophie Skelton) raped by Stephen Bonnet (Ed Speelers) not long after she lost her virginity to Roger MacKenzie (Richard Rankin). Brianna later discovered she was pregnant but did not know if Bonnet or Roger was the father. When she gave birth to Jemmy, Roger married Brianna and the pair became a family of three. However, Bonnet was determined to be Jemmy’s father and even attempted to kidnap Brianna and the youngster in season five.

Warning: The following article may contain spoilers from season six.

Bonnet was shot dead by Brianna after he was sentenced to death by drowning meaning she could start to move on with her life.

Later in the series, Brianna, Roger and Jemmy planned to return to the 20th Century when they learned the tot could time travel.

However, in a surprise turn of events, the trio passed through the stones in the woods near Fraser’s Ridge only to end up back in 18th Century North Carolina.

Roger and Brianna accepted Fraser’s Ridge was their home and actress Sophie has hinted the couple could be about to make an addition to their family. 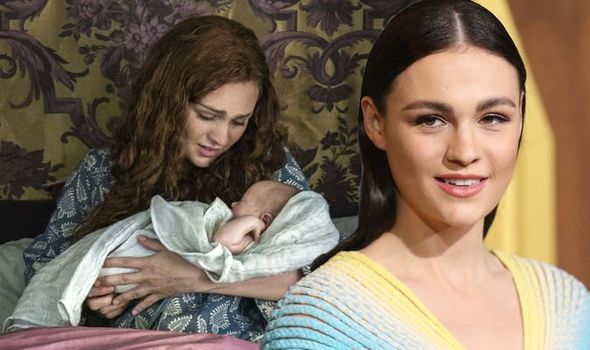 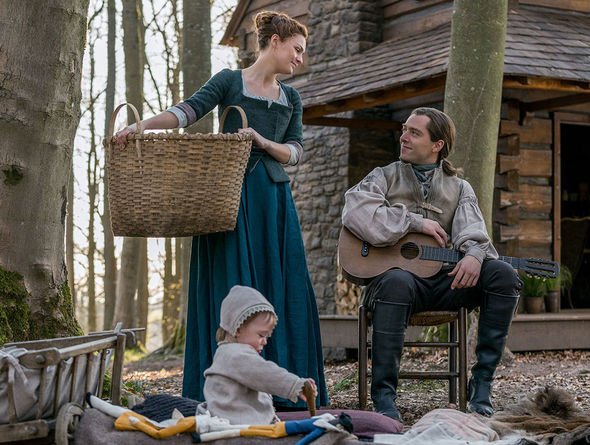 Reflecting on the moment Roger and Brianna were thrust back into the 18th Century, Sophie explained: “I think I knew.

“Just from the books when Brianna and Roger go back in the books, it’s after they’ve had Mandy and the reason that they go back is to give Mandy heart surgery because she has a heart problem.

“So, from reading it at that point I knew that, or I thought I knew, that they weren’t going to make it back to the future.

“So, it wasn’t a huge surprise when I saw that they hadn’t,” she added to Collider. 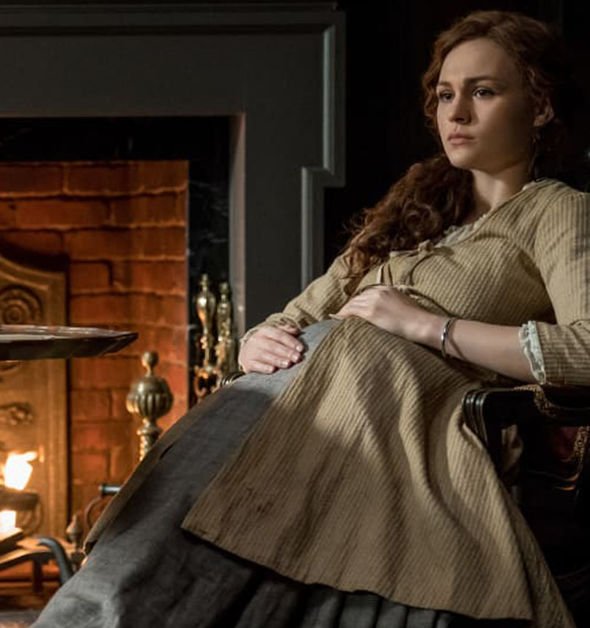 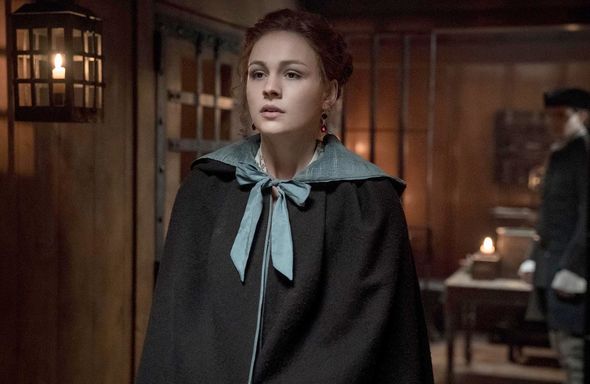 It has been teased the sixth season of Outlander could see parts of A Breath of Snow and Ashes as well as An Echo in the Bone included.

If this is the case, fans could see Brianna expecting her second child a lot earlier than expected.

Fans also know the Revolutionary War is fast approaching, which could put pressure on Brianna and Roger to go back to the 20th Century.

Could the couple decide they need to leave 18th Century North Carolina to protect their family?

While Claire (Caitriona Balfe) and Jamie Fraser (Sam Heughan) would be sad to see their daughter and grandchildren leave, they’d understand it was for the best.

The storyline with Mandy might not be the only one which becomes a focus of the new series as actor Sam has hinted Tom Christie and other settlers will arrive on the Ridge.

Speaking in a behind-the-scenes video, he told fans: “Obviously we have to dress lots of people because there are many, many more settlers coming to Fraser’s Ridge.

“We have a new character, but he’s not so new to Jamie. Actually in Ardsmuir, Tom Christie is one of Jamie’s ancient foes.

“He comes to Fraser’s Ridge and tries to take a bit of power actually.

“So there’s a bit of power play and his daughter becomes a very, very special part of this story. I can’t give away more.”

Fans of the Outlander books know Tom’s daughter Malva causes quite a stir as she falls pregnant and claims the child is Jamie’s after trying to kill both her father and Claire.

Outlander seasons 1-5 are available to stream on Amazon Prime Video and Stars.