Frank Randall (played by Tobias Menzies) is startled when he spots a man watching his wife Claire (Caitriona Balfe) as she undresses at her hotel window in Inverness. Fans go on to learn the man is actually the ghost of Jamie Fraser (Sam Heughan) who Claire marries when she travels back in time to the 18th Century. Author of the Outlander novels, Diana Gabaldon, has confirmed Jamie’s ghost is 25-year-old hinting he died on the battlefield of Culloden. But fans have been told they will have to wait until the very end of the series to find out if any of their theories are correct.

However, speaking in a recent interview, actor Sam hinted Jamie did in fact die after Culloden.

His comment suggested perhaps Jamie died at that time and his ghost has lingered around until Claire arrived in Scotland for the first time in the 20th Century.

The subtle hint came as Sam talked about Jamie being bitten by a snake in season five and coming close to death.

He explained: “That episode really comes out of nowhere really. 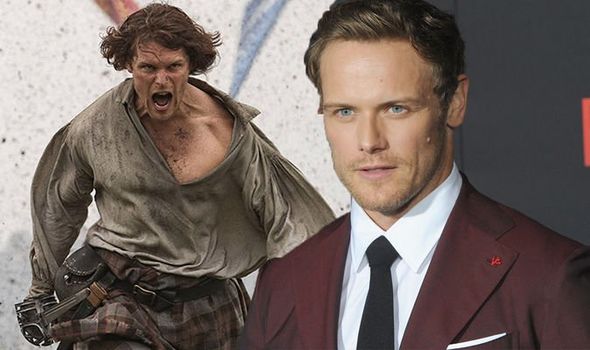 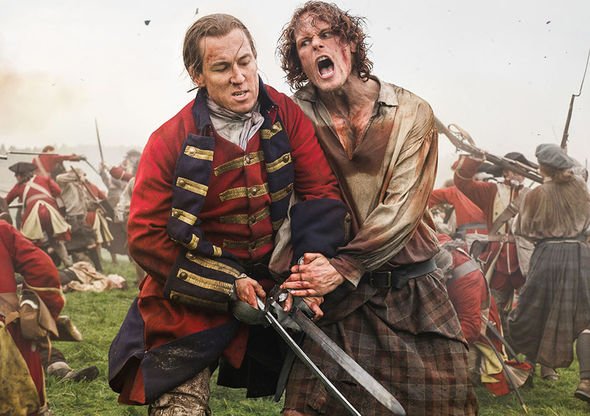 “To be honest with you, I’d been so concentrated and so consumed by the storyline with Murtagh and losing Murtagh and that whole storyline had been so immersive for me, the snake bite really kind of came out of nowhere.

“It is almost like it’s own little chapter on its own.

“It is fantastic because it’s not only Jamie having to confront his mortality but also this relationship with Roger that is finally being formed – this bond between them.” 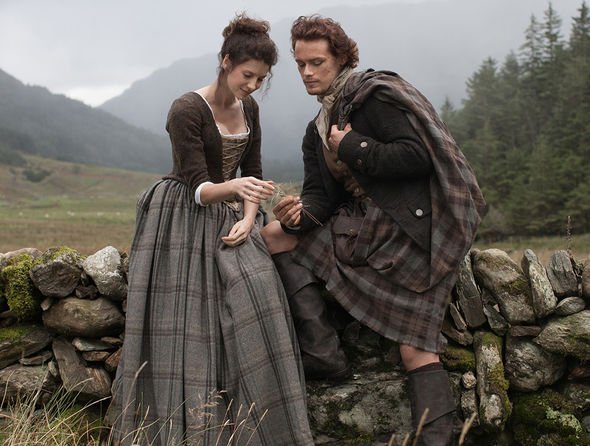 “But Roger does it. He has his own abilities that Jamie is really beginning to realise, he may not be a man of the time but he does have his own attributes that are pretty special.”

The Jamie Fraser star went on to tell Gold Derby: “It’s great and I mean, to see Jamie at the end, he chose to come back.

“He chose to come back for Claire because he loves her but it’s probably the second time that Jamie has come this close to death.

“He’s probably taken his last breath and Culloden was the other one.”

Does this confirm Jamie did die at Culloden and the rest of Outlander is a dream of what Jamie and Claire’s relationship could have been like?

Sam continued: “It’s interesting because then he has that monologue about going through a tunnel and going towards whatever it is, it’s Claire that brings him back.

“It’s a conscious decision for him to remain on this planet for her.”

It comes after another fan suggested Jamie’s ghost was only there because that time of year was when ghosts could roam free.

Redditor, tay_berry9318, theorised: “I have read over and over again about what people think about this , but I feel it’s very simple!

“When Frank and Claire check into the inn Mrs. Baird said during Samhain it’s the one night that ghosts can roam free. So there it is!”

Outlander seasons 1-5 are available to stream on Amazon Prime Video.