This Morning: Amanda Owen says her sheepdog is her ‘main tool’

During an appearance on ITV’s This Morning, The Yorkshire Shepherdess Amanda Owen spoke with hosts Dermot O’Leary and Alison Hammond about her latest Channel 5 series, Our Yorkshire Farm. The 46-year-old explained that the secret to her success is having a good sheepdog by her side. 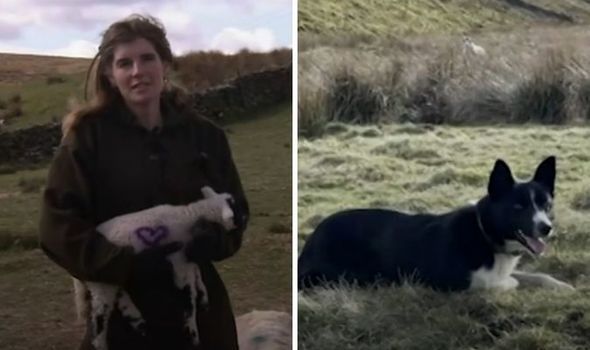 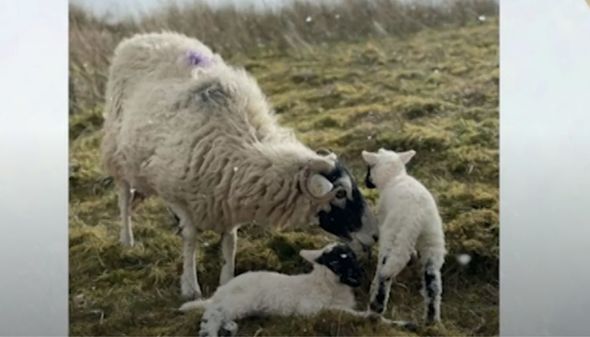 Amanda, who appeared on the programme via video link, spoke with Dermot and Alison while holding one of her lambs.

“It’s all a giant learning curve,” she began. “It’s a really good feeling to have a good sheepdog at your side.

“In this sort of territory, it’s our main tool I suppose.

“Not only is it a colleague but they’re our friends as well.” 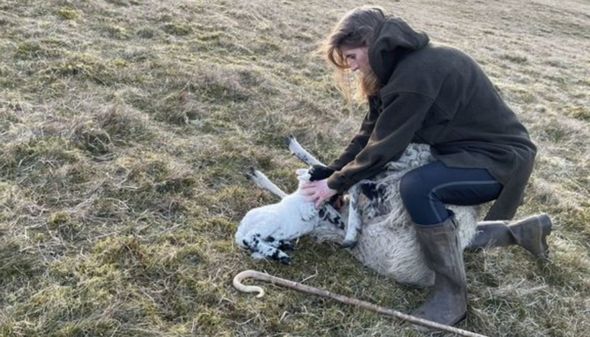 She continued: “They’re so dedicated and good at what they do, it’s marvellous really.

“I was out the other day gathering on the moor and my older sheepdog, Kate, who is 11-years-old, actually found me a lamb that had dropped in a bog.

“There was no way on earth in that sort of terrain, that I would have ever found that lamb.

“She’s got the nose for these things so that is the value of a sheepdog. A shepherd is nothing without a sheepdog.”

Our Yorkshire Farm is a documentary-style show which focuses on Amanda, her husband Clive Owen and their nine children, with the latest series beginning last week.

They live on a farm in Yorkshire as the series follows the ups and downs of the farming seasons.

In total, this new season will feature 20 episodes of the popular show.

Amanda often keeps her 157,000 Twitter followers updated with what is going on at the farm.

On Thursday she shared a video update as she admitted she was “very worried” about a ewe that was in trouble.

She said: “I think that she’s trying to lamb and I think there’s an issue.

“It just doesn’t look right to me, what do you think?

The clip then cut to Amanda helping her ewe lamb in the fields as she added: “I was very very worried for her.”

After helping pull the lamb out successfully feet first, Amanda explained how lucky her sheep was.

She continued: “That is one unbelievably lucky sheep because she could not have lambed the lamb coming with its tail first.

“That would not have come out.”

Accompanying her video, Amanda penned: “Out & about in the rounds at lambing time.

“You have to be prepared for every scenario, sheepdog, crook & lambing bag at the ready.”

Our Yorkshire Farm airs on Tuesdays at 9pm on Channel 5 and This Morning airs daily at 10am on ITV.