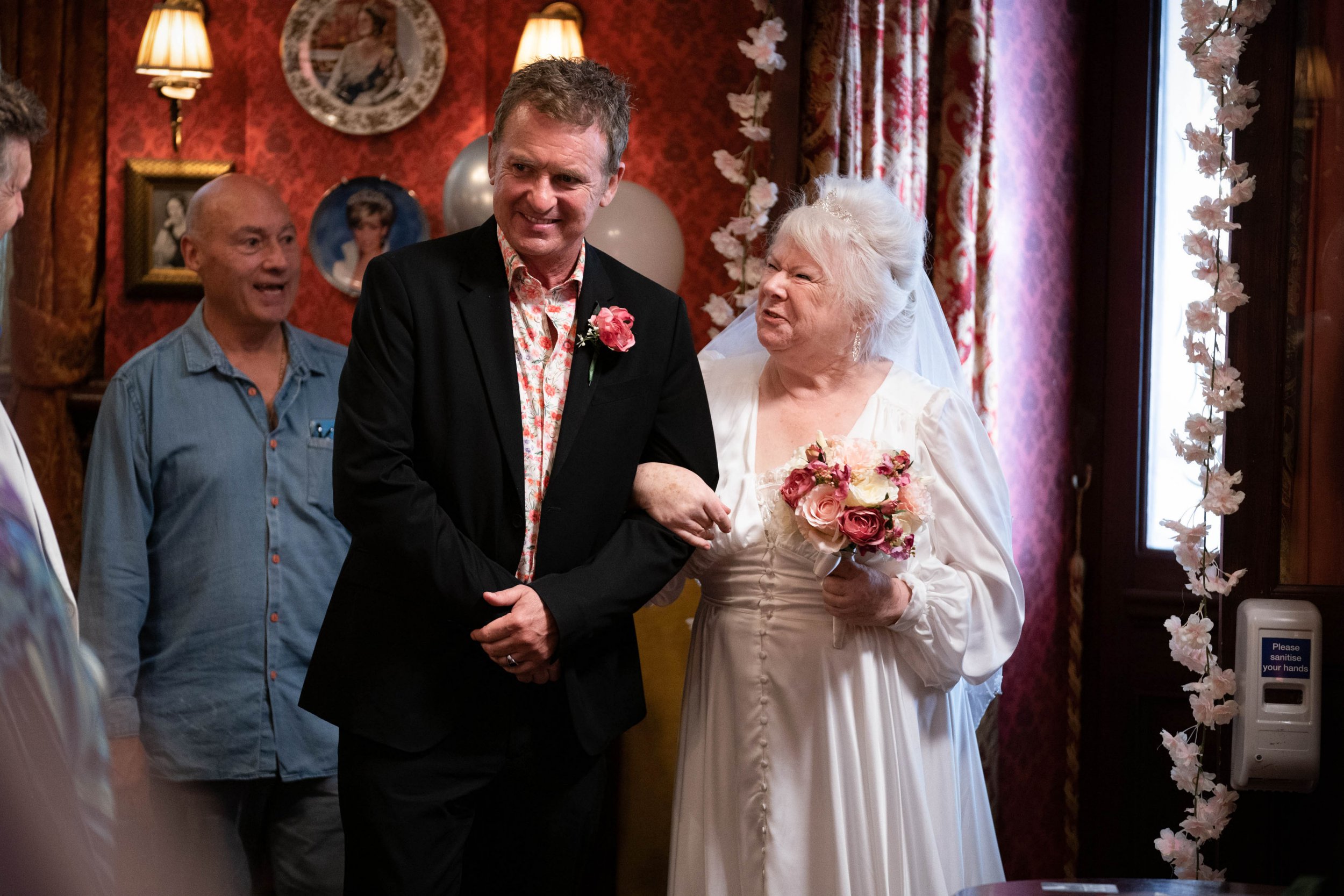 When we discovered Alfie Moon (Shane Richie) was planning on getting married in EastEnders, we were stunned.

Following his return a few weeks ago, we knew Alfie was back in Walford to try and stop Kat (Jessie Wallace) from marrying Phil (Steve McFadden), so to learn he was also engaged well, we had more than one question on our mind.

Last night, Alfie made numerous gestures in a bid to woo Kat, but every single one of them backfired.

Some advice from Linda Carter (Kellie Bright), however, led him to realise that he needs to stop living in the past and accept that Kat has moved on, and therefore he admitted defeat, reiterating to Kat that he will always love her, but he’s happy to be her friend.

Kat was taken aback by his change in attitude, but her attention was soon elsewhere after learning that Phil had made contact with Sharon Watts (Letitia Dean) – and yet he continued to be radio silent with her.

Feeling betrayed, she decided to focus her attention on Alfie, as she entered the pub to take up his offer of a free drink – showing that she was willing to give him a chance to be her friend.

Things, however, took a shock turn when a young woman entered The Vic to remind him that he’s due to get married.

Thankfully, tonight’s episode of the BBC One soap saw Alfie explain this plan further – he’s not really getting married.

Well, he is, but it’s a fake wedding.

Essentially, Joan’s final wish is to get married – and Alfie is helping her do that.

Tomorrow night, the ‘wedding’ gets underway, but all does not go to plan when Alfie and Kat find Joan’s friends from the care home who are clearly hiding a secret.

Even this Walford Wedding doesn’t look set to go smoothly, but will Joan’s dream come true?