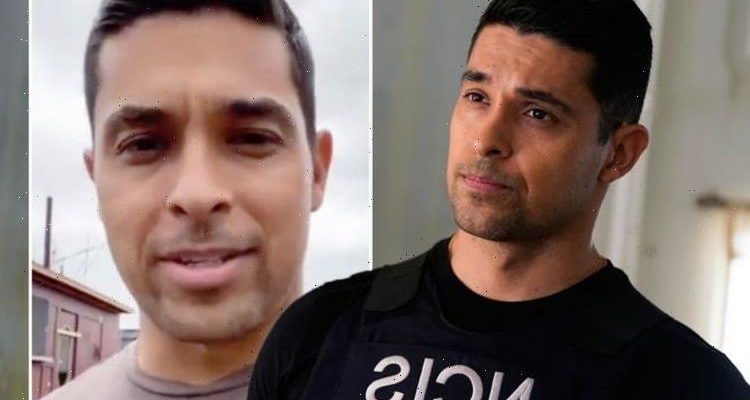 NCIS season 19 is a matter of weeks away from its premiere on CBS with the likes of Nick Torres (played by Wilmer Valderrama) and McGee (Sean Murray) set to return to the fold. Their leader and series stalwart Gibbs (Mark Harmon) is reported to be taken more of a back seat in the upcoming season, meaning the weight of the drama will undoubtedly fall upon the loyal team members and newcomer Jessica Knight (Katrina Law). However, it isn’t just in the CBS series where star Valderrama is harbouring responsibility as he teased new projects away from the series in a clip shared to his Instagram page.

Torres has been a mainstay in the NCIS fold ever since he debuted way back in the season 14 premiere.

Introduced as a rather brash and stern agent, Torres has become one of the most loyal and trusted members of the team, endearing himself to fans everywhere.

However, following the exit of romantic interest Ellie Bishop (Emily Wickersham) in the season 18 finale, there had been some concerns over his future in the team.

These were put to bed when Valderrama returned to filming in Los Angeles earlier this year ahead of the 19th season but there’s still plenty of work to be had away from the CBS drama.

“Hi, beautiful people, I’m here on the set of NCIS,” Valderrama began as he updated his Instagram followers.

He continued: “I know that I’ve been absent from Instagram for a little while and social media in general,

“That is because I’ve been working so hard,” he commented as he stared down the camera.

The NCIS star continued: “But I’m so excited because I have so many things that I’m working on that I’m incredibly proud of.

“Some amazing dreams coming true that I cannot wait to share with you guys.

“It really is an exciting time in my life,” Valderrama went on before joking about becoming a new father: “And I’ve been changing a lot of diapers that also has been taking me away!”

Teasing more about the upcoming projects away from NCIS, Valderrama concluded: “Nonetheless, I have so much to share with you guys and I cannot wait to share it with you,

“Because it’s because of you, that all these things that are happening are possible. I love y’all.”

Valderrama remained tight-lipped on what exactly he has up his sleeves in regards to the upcoming projects.

However, seeing as he recorded the clip from behind the scenes of the NCIS set, fans may not fear the hectic work schedule will affect his on-screen appearances.

After all, Valderrama has managed to juggle other projects during his time on the CBS procedural before.

Since joining NCIS, Valderrama has also appeared in Netflix’s The Ranch, and lent his vocal talents to animated flicks Charming, Trouble and Disney and Pixar’s Onward.

But if the numerous projects begin to take a toll, could it result in Torres taking a backseat as NCIS progresses?

After all, the hit series has seen a number of its best-loved stars depart as recently as season 18 – including Bishop and Sloane (Maria Bello).

So a high-profile exit isn’t exactly out of the realms of possibility.

However, fans will have to wait until season 19 premieres in September to see what the future holds for Torres.

NCIS season 19 premieres on CBS in the USA on September 10. A UK release date is yet to be announced.