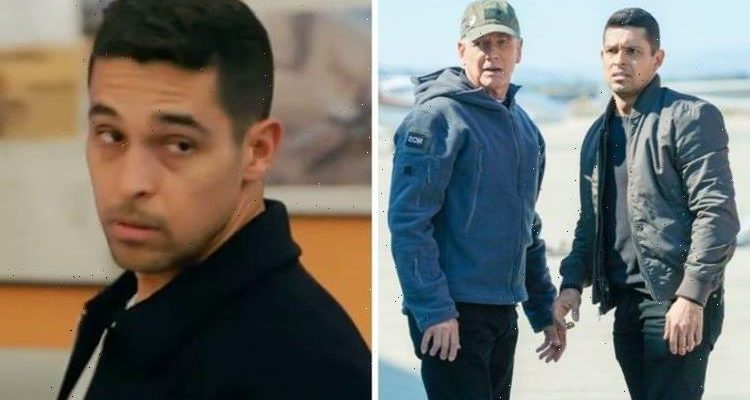 Special Agent Nicholas Torres (played by Wilmer Valderrama) is still feeling the effects of his friend and partner Agent Emily Bishop’s (Emily Wickersham) sudden exit from the NCIS task force. With CBS viewers still feeling the absence of Bishop and Leroy Gibbs (Mark Harmon), does Torres have what it takes to fill their shoes?

A brand new promo for NCIS season 19, episode 12, Fight or Flight, has teased some worrying developments for Agent Torres.

The trailer kicks off with an awkward start to the day when Torres walks into the NCIS offices.

McGee (Sean Murray) jibes at Torres: “Looks like you had a late night.”

His colleague proceeds to take off his sunglasses and respond to his comment with a snide look.

“That, or you just got your pupils dilated,” McGee jokes with a cheeky shrug.

As McGee presses the agent on his activities the night before, the promo cuts to Torres swinging punches in what looks like an underground fight club.

However, the focus of this episode and the weeks ahead could be on Torres becoming more of a loose cannon after his recent hardships.

Fans had long expected Torres and Bishop to start dating after several flirtatious moments throughout their five seasons on-screen together.

Unfortunately, Bishop was forced to make a swift exit to go undercover at the end of season 18, and the pair shared an all-too-brief kiss before sharing their final goodbyes.

Torres’ grief over losing Bishop could still be weighing on his mind and making him take up a reckless new hobby.

Later on, he appears to be getting a talking down from NCIS newcomer Jessica Knight (Katrina Law).

More clips of intense MMA action tease a brutal new case as McGee addresses a bloodied Torres outside of the ring.

“You look like you’re trying to get yourself killed,” he exclaims.

The agent looks like he’s preparing for a fight, but NCIS fans know all too well how violent actions in the field can have long-lasting consequences.

Back in season 18, the team’s former Special Agent in Charge, Gibbs, was put on suspension by Director Leon Vance (Rocky Carroll) for assaulting a suspect.

This eventually led to his permanent departure from the series after nearly two decades heading up the popular crime drama.

If Torres takes the fight too far, he could risk facing his own disciplinary action if Director Vance catches wind of his dangerous behaviour.

Could Torres’ descent into the violent sport spill out into his work in the field?

And if he struggles to keep a lid on his temper as Gibbs did in season 18, a suspension from duty may well be on the cards – the evidence from the promo certainly suggests so.

NCIS season 19 continues Monday, January 24 on CBS. A UK release date has yet to be announced.