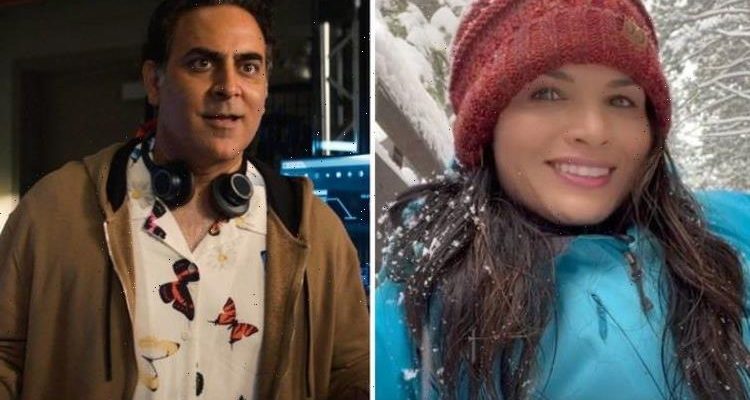 Ever since NCIS Hawaii premiered last year for its first season, fans have been waiting for the news that there would be a crossover between the new and the original NCIS series. The creators at CBS have stayed pretty quiet on the topic, leaving viewers guessing if it would happen in the near future. Now, all of the questions have been answered as cast members took to social media to make the big announcement.

WARNING: This article contains spoilers from NCIS and NCIS Hawaii.

She stars in the CBS series alongside Yasmine Al-bustami as Lucy Tara, Alex Tarrant as Kai Holman, Noah Mills as Jesse Boone and Jason Antoon as Ernie Malik as her team who help to investigate crimes across the beautiful island of Hawaii.

But as one door closes, another opens as it has now been revealed there will be a crossover event in the near future.

When will the NCIS and NCIS Hawai’i crossover air?

He starts off by saying: “Listen, I’m headed off to Hawaii to shoot a crossover event”, before actress Agent Jessica Knight actress Katrina Law appears and says: “I’ve also got something to tell you: I’m coming to Hawaii, too.

“It’s going to be good being back on the island solving crimes.”

Prior to joining the cast of NCIS, actress Law starred as Quinn Liu in the crime drama Hawaii Five-0.

The NCIS Hawaii cast then piped up in the video to welcome the temporary new members of their team.

Actress Al-Bustami said “the more the merrier”, while Lachey added: “Aloha, Wilmer and Katrina! Time to be the best host.”

Lachey then went on to tell fans exactly when they can expect this special episode to air.

The NCIS and NCIS Hawaii crossover episode is going to be out on Monday, March 28, on CBS in America.

So there is only a couple of months left to wait before viewers get to see the two teams working together on a case.

Last year, there were rumours there would be a crossover episode on the horizon but nothing set in stone. NCIS showrunner Steven D Binder told TVLine: “We haven’t discussed it yet.

“But I’ve worked and known [NCIS Hawaii co-showrunner] Chris Silber for a really long time so that always makes those sorts of things easier.”

Later, the President of CBS Entertainment commented: “We just want to get the first batch of Hawaii’s under our belt, and then we can talk about the fun stuff.”

Unfortunately, fans of both series are going to have to wait for the next instalment.

NCIS and NCIS Hawaii returned for the new year on Monday, January 3, on CBS.

However, no new episodes of either show are going to be airing next week and won’t be back until Monday, January 17.

NCIS season 19 and NCIS Hawaii season one air every Monday on CBS in America. A UK release date has not been announced for either show as of yet.